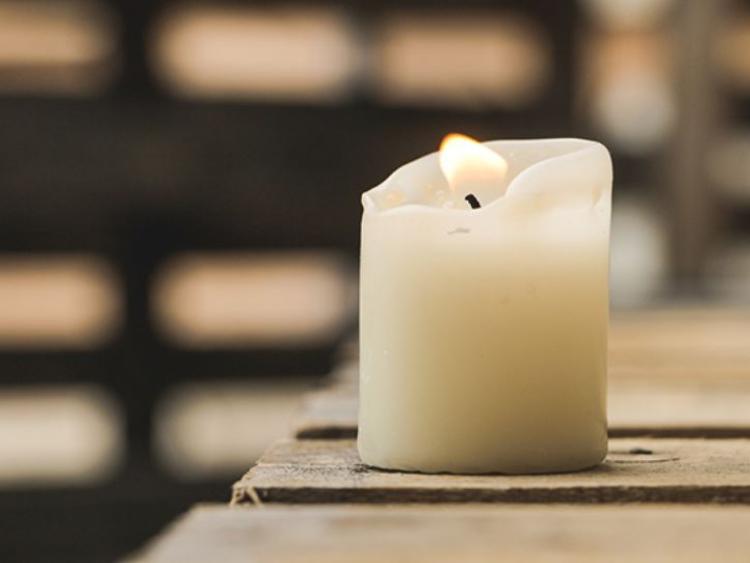 Reposing at St. Vincent's Hospital Chapel, Athy from 6pm on Tuesday evening with Rosary at 8pm. Removal by Rigney's Funeral Directors at 10.30am on Wednesday morning at arrive at St. Michael's Parish Church, Athy for Requiem Mass at 11am. Burial afterwards in St. Michael's New Cemetery, Athy.

May Denis Rest in Peace

Reposing at Anderson & Leahy's Funeral Home, Newbridge on Wednesday from 5 o'clock with prayers at 7 o'clock. Removal on Thursday morning at 10.30 o'clock to arrive at the Dominican College Church for Funeral Mass at 11 o'clock. Funeral afterwards to St. Conleth's Cemetery, Newbridge.

Reposing at his brother Noel and sister-in-law Margaret's residence, Avondale Drive, Kilcullen (Eircode R56 R728) from 3oc on Tuesday 9th with prayers at 8oc. Removal from there on Wednesday 10th at 10.15am to The Church of The Sacret Heart and St. Brigid, Kilcullen via St. Brigid's Avenue arriving for 11oc Requiem Mass. Funeral thereafter to St. Conleth's Cemetery, Newbridge. Family flowers only please. Donations, if desired, to Tallaght I.C.U. Donation box in Church.

Reposing at Reilly's Funeral Home, Leinster St., Maynooth on Tuesday from 5pm to 8pm, with prayers at 7pm. Removal on Wednesday at 9.30am to arrive at St. Mary's Church, Maynooth for 10am Funeral Mass, followed by burial in Confey Cemetery, Leixlip. Family flowers only please. Donations if desired to the Oncology Unit, Tallaght Hospital.

Daughter of the late Patrick.

May Catherine Rest In Peace

The death has occurred of Patrick Swan (Paddy) of 3 Rosmore, Newport, County Mayo and formerly of Portmarnock, Co. Dublin & Doneany, Monasterevin, Co. Kildare, on the 6th July 2019. Beloved husband of the late Martina, He will be sadly missed by his sons Raymond, Tony, Philp and Noel, his brothers & sisters, his daughters in-law and his grandchildren, Maeve, Aoife, Conor, Shane, Owen, Ashling, Caoimhe, Cian, Ryan & Leo.

Reposing at his home, 3 Rosmore on Wednesday 10th July from 6pm to 8pm. Removal to St. Patrick's Church, Newport, on Thursday the 11th July at 11.30pm for 12pm funeral Mass, followed by burial afterwards in Kilbride cemetery.