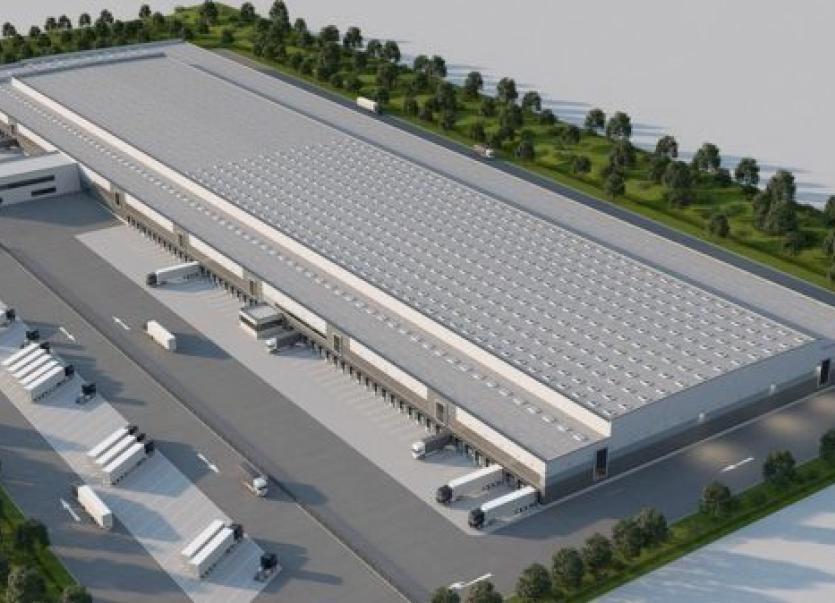 Lidl is to install €1m worth of energy-saving solar panels at its distribution centre in Newbridge, which is currently under construction.

Once installed, the solar panels at the facility will produce over a million kilowatt hours of energy, which the German discounter says is equivalent to meeting the electricity requirements of 240 homes and reduces the centres carbon output by some 473 tonnes annually.

As a result of this investment over one quarter of Lidl's energy requirements will now be generated by solar power.

Lidl will work with Waterford based Enerpower, who will supply the 4364 individual panels, which will be installed on the roof of the distribution facility  making this Irelands largest ever installation of PV solar panels.

The area to be covered will measure 8,860 square metres.

Also in the plans are inverters and electrical cabling for the building at Littleconnell.

Hundreds of workers are on site at the 54,000 sq/m facility building - about the size of seven football pitches - on the side of the R445 between Naas and Newbridge.

The sprawling 31 hectare site (77 acres) is located between Naas Enterprise Park and the Pfizer plant and needs traffic restrictions in the area because of the volume of vehicles entering and exiting.

John Paul Construction is the main contractor for the €80m project which has imposed roadworks along the R445.

It is due to open in coming months and will employ 350 staff.

The warehouse will be one of the biggest in Ireland and will include 352 parking spaces to cater for staff.

A 400m stretch of the R445 regional road will be upgraded as part of the proposed development including junction reconfigurations and partial realignment.