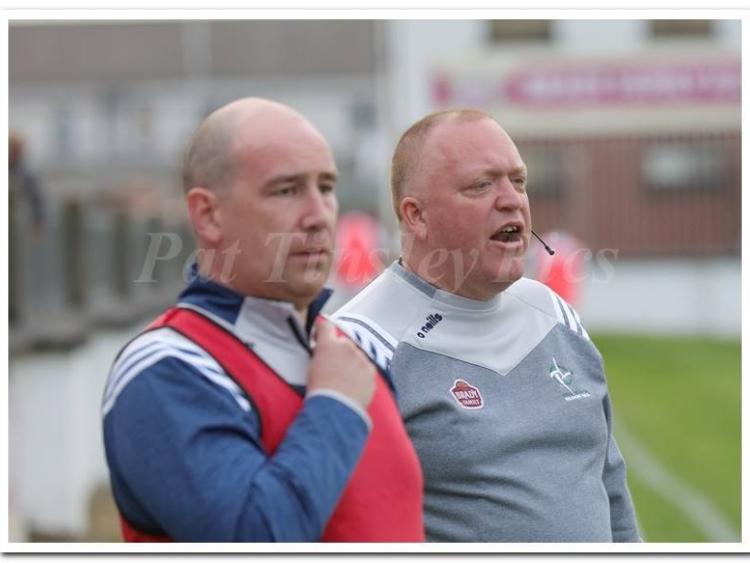 When Dublin equalised at the end of normal time in a game Kildare really should have wrapped up by then you got that sinking feeling of here we go again but this Kildare Minor Team are different and they put in a huge extra-time performance to seal a fully deserved five point win.

It means manager and St.Kevins man Colin Ward has now won two Leinster Titles in two years after managing the Juniors last year but after being with this group since under 14 he admits this is extra special.

“I thought it was brilliant, credit where it is due the players were absolutely fantastic today and they all pulled their weigh from number 1 to 24 and they should be really proud of themselves as well as the parents and the clubs”.

“They have given absolutely everything and they never give any problems so they are really driven and I don’t know what it is about this team but they always seem to find a way to win. We were five points down at one stage but they just keep driving on”.

“You hope that they don’t let themselves down out there and you can’t really coach it but there is something in them and even on the way down on the bus they were very relaxed and chilled and it was as if they were going to a club game.  They drive each other on and we play a lot of in house games and there is always changes because the depth is there”.

Kildare had many stars on the field with both Aaron Browne and Eoin Bagnall getting nominated for Electric Ireland Player of the week but there was special praise reserved for two other players.

“Aedan Boyle is one of those unique players in that he can play in both the backs and the forwards and he plays it so cleverly and other teams still don’t know the role we play him in but he will never get through a full game as a result of the work he does but then we have Matthew Whelan to come in and finish off that role so they do it well”.

“Mark Maguire was also brilliant and we saw Dublin three times this year and we knew what they had”.

“Mark ended up marking three different players and none of them got the better of him and they are all good players. He made short work of them and the black card looked harsh too”.

On the game itself the manager spoke about the character in extra-time to get them over the line as well as the delight in achieving the goals you set out at the start of the year.

“I know the two goals in the first half of extra-time won the game but what killed them altogether was we got a couple of scores right after the break and that really did it for us as we knew they would throw everything at us and the big thing was to not do anything stupid or concede any goals and we kicked on from there”.

“These lads don’t care about the past and who they play but since the Laois game we didn’t even mention the Quarter-Final as I was afraid it would get into their heads about the second chance but we wanted to win a Leinster and it was the plan at the start of the year so its great to achieve it after putting so much into it”.

“It’s very emotional there, the lads are crying there with joy and its great to see. I’m delighted for every one of them”, he admitted.