Could large trucks soon be banned from Naas Town Centre? Local Cllr says trucks are 'dangerous to cyclists and pedestrians' 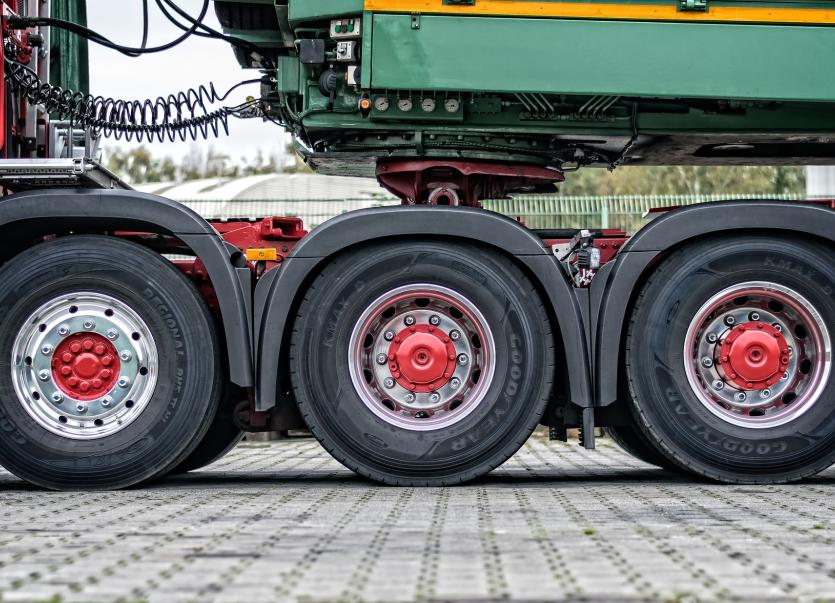 A local Councillor is calling for large five axle trucks and lorries to be banned from travelling through Naas Town Centre, citing a danger to cyclists and pedestrians.

Social Democrats Cllr Bill Clear will raise a motion at the next meeting of the Naas Municipal District urging Kildare County Council to start the process of banning trucks with exceptions for local deliveries and to set up a permit system.

Speaking to KildareNow, Cllr Bill Clear said: “I believe that it is a danger to pedestrians but particularly cyclists. We are looking for more children to cycle to school and the biggest danger is from Trucks.”

Cllr Clear said that there has been several incidents involving these trucks in the past few months. “I was a witness to a truck hitting a cyclist outside the Credit Union Naas last year. Thankfully the truck pushed her onto the footpath and she hit the bins outside the credit union,” he said.

Meanwhile, a safety hazard was caused last Christmas when a large vehicle believed to have been a truck struck a Christmas sign outside Naas Credit Union, causing €6,000 worth of damage to the ‘Merry Christmas’ sign and disruptions for motorists.

Cllr Clear is also calling for a new permit system to be set up in the town. He said: “The permit system is the same as in Dublin where they pay 10 euro per day to enter the zone for deliveries. There is also a reporting system for the public to report trucks entering the zone.”

Cllr Clear said that his priority is the safety of pedestrians and cyclists in Naas town centre, and he is also hopeful that a ban on trucks will also positively impact the environment by cutting down carbon emissions and noise pollution.

He said:“We need to make the centre of the town more attractive and safer, then people will come into our town as a destination. We have a ring road and trucks need to use that.”

Meanwhile, Cllr Clear will also ask the Council to introduce footpath cleaning in Naas for the period of the Tidy Towns competition with particular emphasis on the footpaths and lanes which is at present cleaned by Tidy Towns volunteers.

Both motions will be raised at the next meeting of the Naas Municipal District on Monday, July 16.