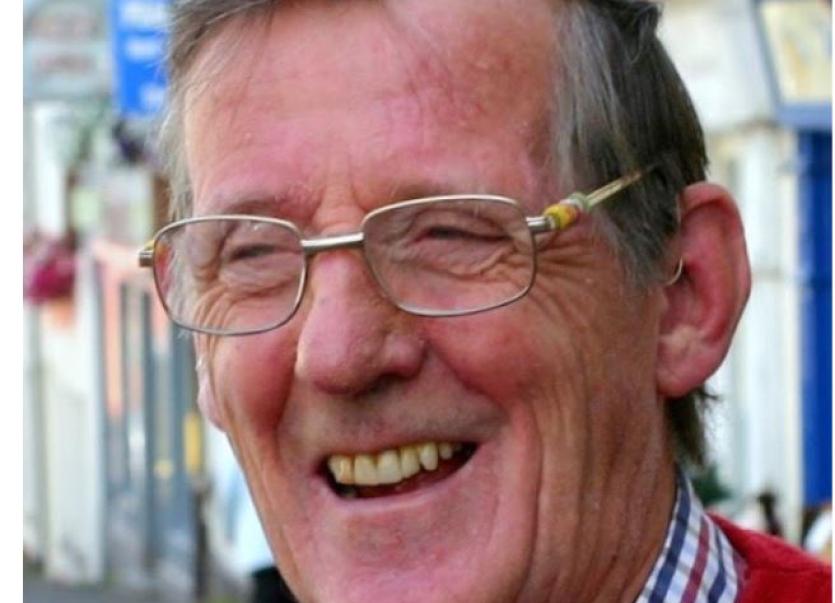 One of the largest funerals ever witnessed in Kilcullen occurred last week as hundreds of people turned out to bid adieu to one of its favourite sons, the late Bernardy Bernard. A man known to many through Berney's Chemist on Main Street, the late Bernard was himself a tonic to every customer he ever served.

Whether you were feeling poorly, attending to a sick family member or grieving after a bereavement, Bernard showed compassion and stayed a little longer in conversation, just enough for every customer to feel a little better.

With his gift for comedy, he endorsed 'Laughter is the best medicine' at every opportunity.

Sabina Reddy who starred opposite the late Bernard in many a stage production recalled: “Bernard was like the local doctor, vet, pharmacist all rolled in one.  Mam would be straight in looking for lotions and potions for the lambs and calves one week, and for her children on the next visit.  He respected Mam, and they had many chats about her life in nursing”.

On stage, his acting ability was renowned. There was many a production I saw staged by Kilcullen Drama Society, and I always lauded the antics of 'Messer Berney' (along with Messers Dunphy, O’Mahoney and Clarke, and so many other local actors he starred opposite).  Bernard was a thespian who could take on a straight role but his comic adaptations were legendary. His timing was superb and his delivery ace. He simply revelled in taking on difficult roles and the more 'OTT' the better.

Dick Dunphy came to Kilcullen in 1958 and forged a friendship with the young pharmacist, on and off the stage.

“Bernard is such a loss to the town” said Dick. “He was intelligent, talented and tolerant and over the past 60 years, we produced or acted together in many a stage production. Only three weeks ago, I was involved with “Wake in the West” at the Town Hall. I couldn't believe it when I looked out and saw him sitting in the audience to see the play. He got out of his sick bed to come and see it, such was the calibre of the man.”

“He had a great sense of comedy. He'd read a script and would know straight away what needed to be done to impress an audience.”

The late Bernard was known to improvise with many a script, maybe not always appreciated by the author! “'The Lonesome West' by Martin McDonagh was probably one of the favourite plays we acted in together” said Dick “Years ago, we starred in lots of one act plays for drama festivals and we won plenty in our day. We staged plenty of Joe Cooney comedies in our day, with 'Run for your Wife' getting a great run”.

“He was so well liked” added Dick, “that the church and churchyard was packed with mourners and his daugher Helen gave a wonderful eulogy at the burial. I saw him the week before he died, strong in voice, his mind perfect but sadly, just his body fading”.

Dick also credited Bernard as having been an important member of the local community, business and voluntary sector. “”When Bernard spoke at meetings, people listened. Bernard would have mulled over an issue, though it it through from every angle before going in and giving his opinion”.

Sabina Reddy, also a member of Kilcullen Dramatic Society for years, stated: “Esther and I got to know him well through the acting society. Having played his wives on two occasions but 20 years apart (Run for your Wife and Caught in the Net), we went through nights of intense work learning and developing plays.  Bernard would have his script learnt in the first week, everyone else’s script by week two and then would spend the rest of rehearsals developing and rescripting the play!

“For someone who started drama in my mid-twenties working up against the pros such as Bernard, Dick Dunphy, Maurice O’Mahoney and Ray Donoghue helped my growth as an actor and an adult. There were nights of intensity, with both arguments and laughter!” she continued: “When you work intensely for about six weeks solid, you get to know a person very well, they become your family for that time and there are no secrets.  Rehearsals are hard, performances are the easier time!

“Bernard would help in prompting if you lost a line, but if you prompted him the acting would step up a gear!  One of our past members the late Frank Duffy, an absolute gentleman, was dying to be in a play but found learning the script hard. Bernard took him aside and tutored him outside of rehearsals until Frank got it.  He went on to play comfortably the part of an inspector and loved it.

“For Bernard, it took considerable amount of personal time but he was determined that Frank would play the role.  Bernard and Dick were ‘the twosome’ who worked and acted very well against and with each other.  In recent years, Bernard and Vivian Clarke became the comic duo”.

Sabina felt the best staged production in Kilcullen in recent years was 'The Quare Land'.  “A full two man play and for most of it, Bernard was sitting in a bath of water, night after night. Typically, when a play was running successfully it would be extended – and this one was. Poor Bernard was lucky he did not develop pneumonia!”

She continued: “I think it was 'Out of Order' by Ray Cooney we performed 10 nights on the trot, then a break of a few nights and continued again for a few more.   The pharmacy during these times would be all about the plays more than anything else.  Between Bernard and the late Pat Dunlea, they were the fathers of the group, they steered and developed it, also the development of the Town Hall as well”.

Another family friend stated she felt privileged to have known Bernard. “I will always be grateful to the Berney family for the way they welcomed me to Kilcullen. Bernard was exceptionally kind and supportive of the Bridge and Camphill Community. He regularly took a resident, David out golfing and when David improved so much, he frequently beat Bernard! When Bernard fell ill, he arranged for another golfing friend to partner David at golf; such was the good nature of Bernard.”

“In the last few years, both Esther and I have not been as involved with the group but we visited Bernard in the last two months while he was ill.  We had a lovely afternoon recounting the many plays we shared the stage together.  Bernard was a spiritual man who took his illness with acceptance and philosophically.  His family are very proud of him and honoured to have had him in their lives as we also were in the drama group”. 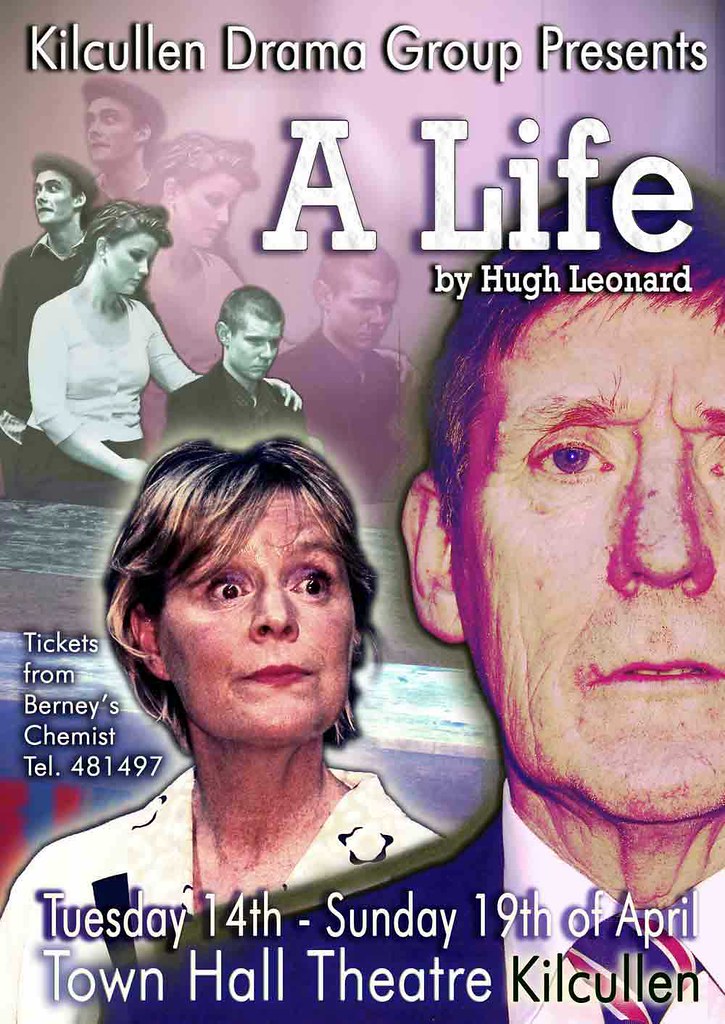 Bernard’s support and kindness within the community are well known and his commitment to his native Kilcullen never lessened over the years. Tickets/bookings for all major events at the Town Hall could be collected at Berney's Chemist, despite the pharmacy being one of the busiest hubs in the town.

The late Bernard was a stalwart of Kilcullen GAA in earlier years and also, the advertisement contact for the Kilcullen Bridge magazine, of which he supported and contributed to. Every fibre of his being was devoted to family and home town.

Survived by his wife Mary, his children Helen, Emma and Laura and John; sons-in-law Shane, Danny and Garry; his daughter-in-law Michelle; sister Eileen and brothers, Jim and Tom; grandchildren Hannah, Grace, Conchobhar, Holly, Finn, Maedhbh and Rory and the extended family, his death notice also included Marie, “who cared for him lovingly right to the end”. As a mark of respect, Berney's Chemists was closed on Friday and Saturday last and re-opened on Monday, 8.

The late Bernard Berney, 'the laughing pharmacist/talented thespian' who made his final stage exit, rest in peace, lovely man, amen.