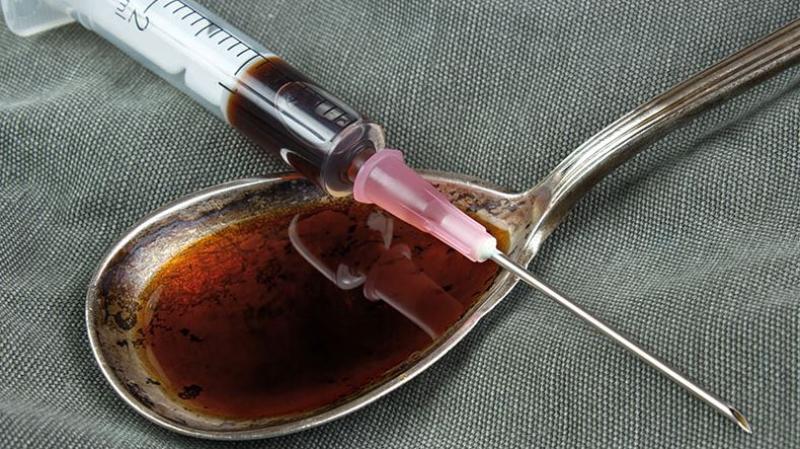 Residents in Athy have said that they will continue to raise community awareness in relation to the growing drugs problem in the town, amid fresh calls for Athy to get its own Drugs Unit.

Cllr Aoife Breslin and Supt Martin Walker have been actively rallying for a dedicated drugs unit in Athy, since last year. However, it is understood that lack of Garda resources means that Athy is not currently being provided with its own drugs squad, despite rising public concerns.

It is understood that the drugs squad in Newbridge is currently being shared with Athy due to lack of resources. According to recent figures released published by Minister Flanagan as of April 30 there are 11 staff currently attached to the Kildare Drugs Unit, two of whom are Sergeants and nine of which are Garda members.

Supt Walker, earlier this year, said: "I don't have the luxury of getting a dedicated drugs unit in Athy, there is a high rate of Garda injuries and attrition in Athy. If I had additional resources I would set up a drugs squad in Athy."

She said: “We need a dedicated drugs squad in Athy so that we can get rid of the problem. I know of young people in debt due to drugs, there are dealers selling outside of schools in Athy."

She is quick to point out that Athy has a huge amount of positive aspects and that like any other town in Ireland, 'there is a drugs issues, and it needs to be addressed by a dedicated unit and more Garda resources.'

Speaking to KildareNow, Declan Nolan of Discover Oneself Athy (D1-S), which is an addiction and mental health treatment centre in the town set up three years ago, agreed that drug use is ‘becoming less hidden and more obvious’ in the town.

Mr Nolan said that the centre is entirely self-funded and is made up of 14 volunteers who help people with co-occuring disorders (COD).

He explained:“This is where people typically have one or more problems relating to the use of alcohol and/or other drugs as well as one or more mental health issues. We help people with bipolar disorder, schizophrenia, and a lot of other conditions. We provide a number of local services such as Drop in & Information Service, Recovery Coaching, Community Assisted Detox, Stabilisation & Aftercare, Pyschotheraphy, Addiction & Mental Health Counselling, and we also help in terms of HAP social housing and helping families etc.”

In terms of the current situation in Athy, Mr Nolan said that they have seen an increase in cannabis being sold by dealers in recent months. He said that a drugs unit ‘would be hugely beneficial and help the situation in some ways, but that there must be links with other local services’ and local groups and communities to support those battling addiction and their families. "We want to help integrate them into society," he added.

Meanwhile, a group of concerned residents living in Athy told KildareNow that they have started a social media campaign to raise community awareness about the worsening problem of drugs usage in the town.

They also said that they intend to stage a protest march in the town in the coming weeks to ‘protest against the dealers and users of the current epidemic of drugs in Athy at present.’

One concerned mother said: “The point to have a protest march is to end the dealers and the misuse for all. This is all about community awareness, so come on mums dads carers etc get in touch and all we can do is try to highlight the situation of Athy like most towns the severity of the drugs problem.”

For more information on the services provided by D1-S visit www.d1-s.com