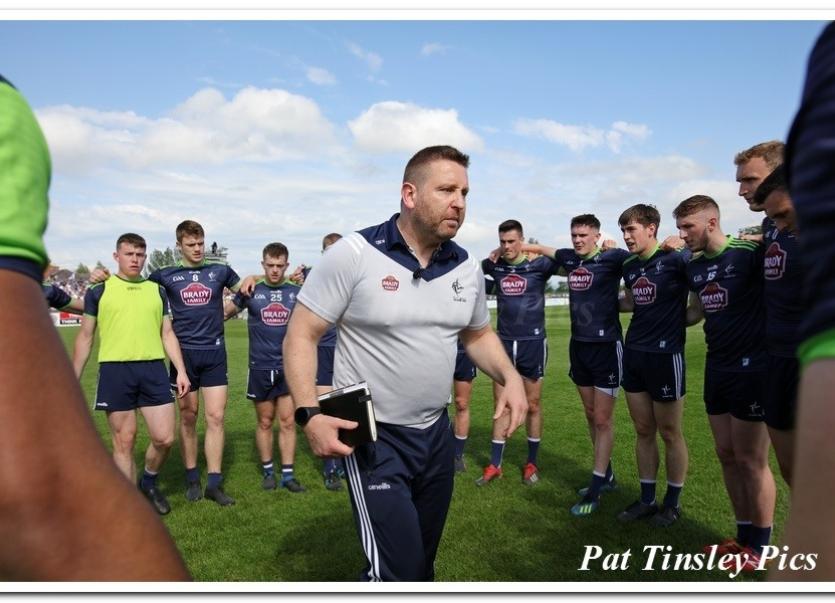 For the first time in four years Kildare will be on the hunt for a new manager of the Senior Football team after Cian O’Neill announced his resignation.

O’Neill made his attentions known to the Kildare County Board on Monday Evening which brought an end to weeks of speculation after Kildare fell to Tyrone in Round 3 of the All Ireland Qualifiers.

"Having recently informed the players, management and backroom, I met with the County Board yesterday to inform them of my decision to step down from my role as Kildare Senior Football Team Manager”.

"As a proud Kildare man, it was an honour and privilege to have been given the opportunity to work with an exceptional group of players, each one of us doing our best to represent our clubs and county with distinction at all times. Unfortunately, the successes of consecutive promotions from Division 3 to Division 1, a first Leinster Final in eight years and progression to the Super 8’s in 2018 was met with equal disappointment across these four years where frustratingly we didn’t always reach our potential as a group.

"As manager, this is my greatest regret and ultimately my responsibility, and this undoubtedly informed my decision to step away from this role. This will hopefully leave time and space for my successor and the chosen group of players to take the challenge to a new level under a new direction.”, O’Neill said.

The Moorefield man took over from Jason Ryan in 2016 and it proved to be a successful initial stint in League Football anyway as he directed the Lillywhites to successive Promotions that got them up to the top table.

The side spent 2018 in Division 1 but after losing every game it proved to be a rather sobering experience.

On the Championship side of things, Leinster defeats to Westmeath and Carlow left a sour taste in the mouth but a first Provincial decider appearance in eight years was certainly a big positive.

2017 was a a big year for the side as they defeated Laois and Meath on the way to facing Dublin in that final before Armagh ended their interest in the last round of the qualifiers.

The Carlow defeat was a huge shock to the system last year but nobody will ever forget the Newbridge or Nowhere debacle that saw them defeat Mayo and eventually seal a place in the Super 8’s.

The year just gone if truth be told was a bit more of a struggle as they failed to get promoted from Division 2 before going out of the Championship against Tyrone.

Attention will now turn to who his successor may be but with so much success at underage it is a role that will be high in demand.