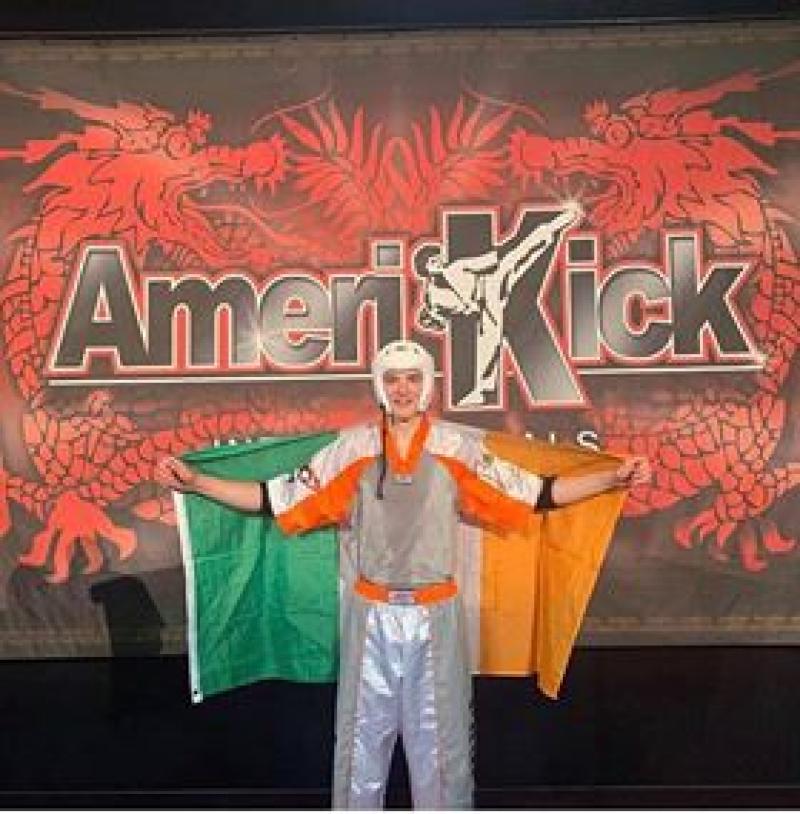 Pictured: Conor McGlinchey from Carbury in Co Kildare is making waves on the kick-boxing scene

Two local kickboxers, Naoise Colvin from Edenderry in Offaly and Conor McGlinchey from Carbury in Co Kildare are well and truly making their mark on the international Kickboxing scene.

Both members of Tallaght Martial Arts, the two athletes have been dedicated to their sport for many years and are willing to make many sacrifices to achieve their dreams.

Conor McGlinchey, 19, from Carbury in Co Kildare is well known on the international martial arts scene. Currently on a year out before college, Conor is based in San Francisco and is travelling, training and competing with Team Proper under the guidance of coach Junior Salientes. 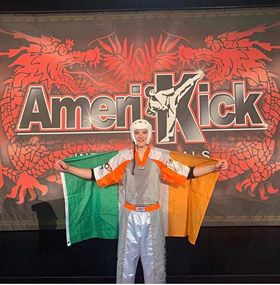 In the last few weeks he has shown that he is ready to step up and make his mark in the senior men’s categories. Already a multiple world champion and European champion at junior level, Conor has reached the finals of his categories at every tournament and is showing his true potential.

The last stop for him for the moment in America was the US Open in Orlando where he reached the live finals of the team event on Disney owned ESPN before returning to his club, TMA and coach Dave Heffernan for a fight off for a place on the Irish team.

Speaking to KildareNow, Conor’s proud mum Emilie said: “Conor next has a fight in August to obtain his place on the senior team for the World Championships and he will also be Junior competing in Miami in the Autumn.”

Meanwhile, 15-year-old Naoise, 15, is a student from Oakland’s Community College. Although having just sat her junior cert, naoise competed at the White Tiger Challenge, an international event in Mayo, run by promoter Damien Gormley. Naoise meant business over the course of the weekend taking Gold in two Older Cadet sections before moving up into the junior section and winning Gold in that too. 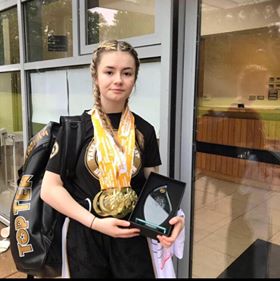 Pictured: Naoise Colvin with her gold medals for kick-boxing

She made it a total of 4 golds by winning the Older Cadet GrandChampion. A World medalist, Naoise is a member of the Irish Kickboxing team and she is now in preparation for the European Championships in Hungary in August.

Kickboxing is one of Ireland’s most successful sports and has finally achieved Olympic recognition so the sky is the limit for these two talented young athletes!