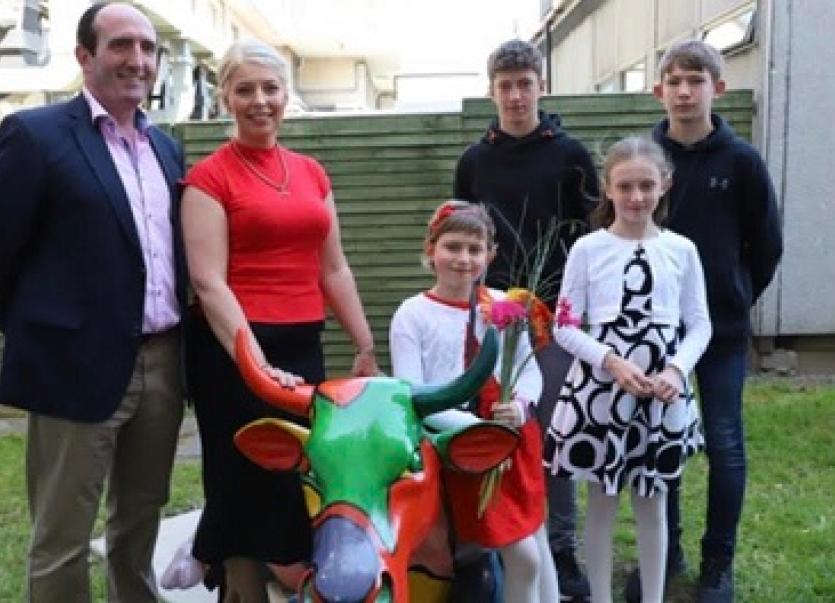 A Co Kildare mother says she is deeply inspired by her two children's victorious battle with cancer.

Mother of four, Noreen Doyle, is celebrating the recovery of her son and daughter, who have recovered from Acute Lymphatic Leukemia.

Ms Doyle said: “It was a dreadful shock.”

Both of her children began showing the same types of symptoms associated with Acute Lymphatic Leukemia including nosebleeds, lethargy, mild temperatures, sleeping a lot and bruising easily.

Ms Doyle admits in her heart, she knew exactly what was wrong with Kate when she became ill, as she had seen it ten years before, with James.

She said: “In my gut I knew, she became very lethargic, she was having mild temperatures and falling asleep, and then I noticed some mild bruising on her leg, and she was very pale, they were very obvious symptoms.”
She says as her son James was very young, at two when diagnosed with Leukemia, he does not recall a lot.

Ms Doyle and her husband John, decided from the outset to counteract the negative with the positive.

She said: “We told her that while it wasn’t going to be easy we would make it as tolerable for her as we could and we really focused heavily on the positive.”

They brought Kate to Lapland and she went to a Picture This concert, always ensuring as much as possible that after undergoing treatment for cancer, a positive experience would follow.

Gratitude has been expressed by the family for all the assistance given to Kate by her school friends and teachers at Rathmore National School.

Now Kate, 10, still leads a very active life, two and half years on, she is finishing her treatment, and taking part in football and horseriding.

Also James, 14, is very active in sports, after treatment, he suffered poor leg power, but is now 'perfectly well', says his mother.

She said: “He is hugely into mountaineering and boxing.”

Ms Doyle said: “I have got a million per cent of inspiration from my children, we have been very lucky.”

Ms Doyle said:“When she would go into hospital for a longer stay I’d go with her and we’d do up her whole room in fairy lights and bring all her cuddly toys and her favourite blankets and make it really homely, those things for a little girl made a huge difference.”

Noreen urges other mothers to always go with their instincts. “A mother's instinct is really to be trusted and even the doctors in Crumlin would say that”, she says. “Your gut feeling is always nearly right.”

And she always advises parents not to forget about self care, urging family and friends to watch out for the parents who may fall to pieces when things finally seem to be back on track.

She said:“Up to that point you are running on adrenaline you have no other choice, but then when the child is finished with treatment, you are no longer getting all those weekly updates on their bloods and knowing exactly how they are, there is a real fear in that.”