664 drivers breath-tested for drugs and alcohol during checkpoint 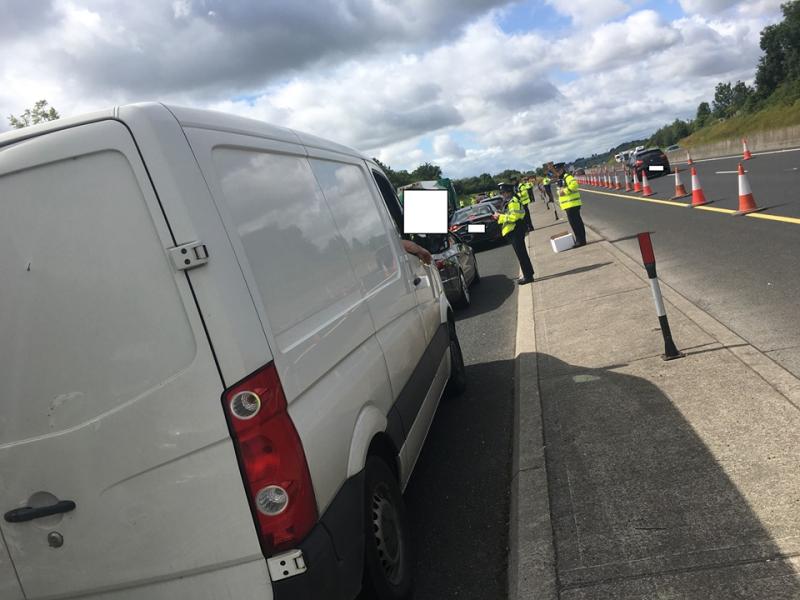 Kildare Gardaí were involved in a High Visibility MIT Checkpoint Operation on the M9 southbound yesterday with 2 drivers arrested for drug driving and 664 drivers breath-tested for drugs and alcohol.

The High Visibility Checkpoint, aimed at depriving criminals of the use of the motorway network, improving driver behavior to reduce road deaths and high visibility enforcement of legislation was conducted on the southbound side of the M9 Motorway on Thursday 18 July 2019.

* Customs and Revenue Officials dipped 105 vehicles with no detections for Green Diesel. There was also 7 follow up VRT Challenges.

* Checks were also carried out by Dept. of Employment Affairs and Social Protection resulting in 9 follow up investigations.

An Garda Siochana would like to thank the public for their patience during this operation.