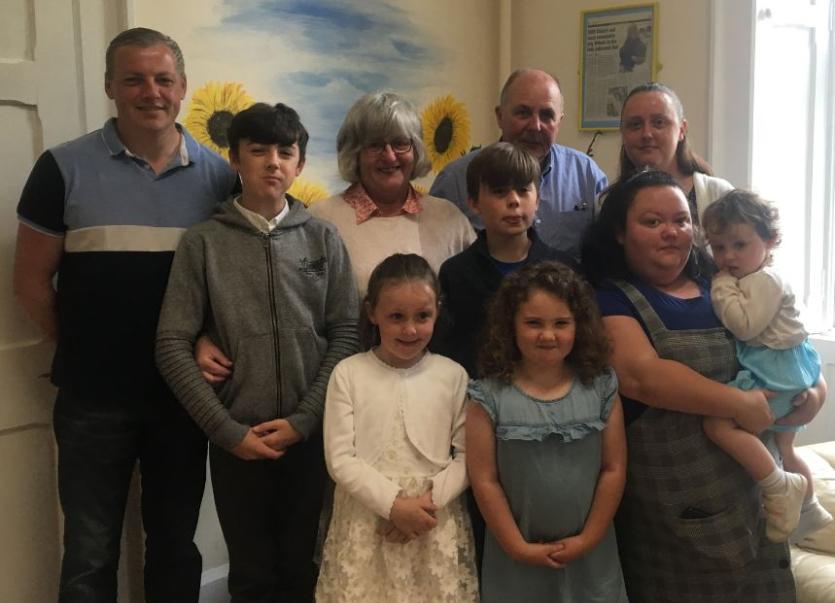 The Bell family at the official opening of the Sunflower Room, dedicated to the late Julieanne Bell, RIP

Last week saw a special tribute paid to the late Julieanne Bell by staff and members of the McMahon KARE Centre, Kilcullen. Rachel O'Sullivan and staff wanted to commemorate the late Julieanne who was described as their 'sunflower girl', always smiling and up for a bit of banter! Hence, a new Sunflower Room has been dedicated to the late much-loved Julieanne at the Kilcullen centre.

The late Julieanne, who lived between Hollywood and Ballymore Eustace, attended the centre services from Monday to Thursday for years and loved the buzz and integration with other members and staff. 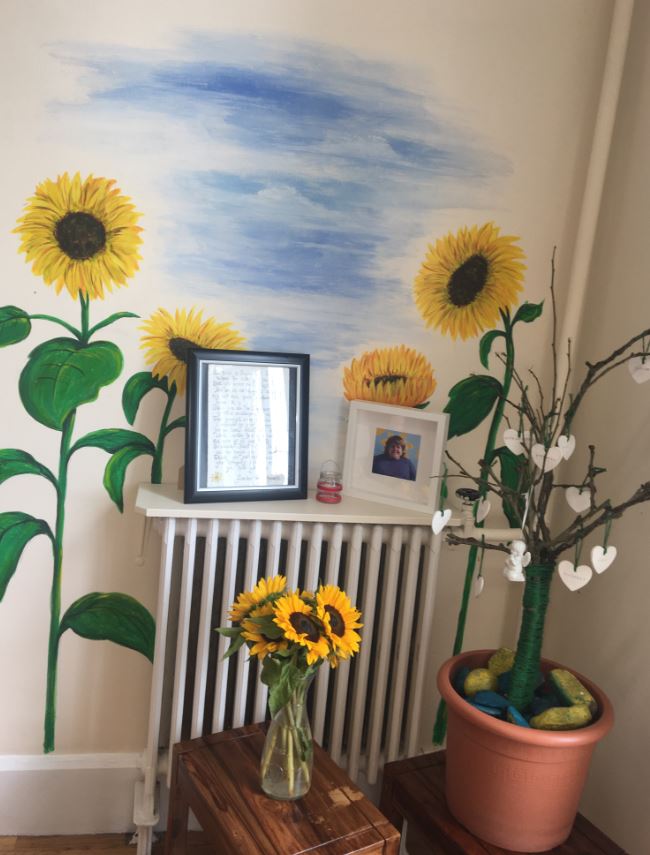 “She liked a long weekend did our Julieanne” said Breda Bell, Julieanne's mother “So she didn't go on Fridays!”

Breda and Gerry Bell, along with siblings and extended family attended the informal opening of the Sunflower Room, which has a commemorative plaque and photograph dedicated to the late Julieanne.

“We knew it was Julieanne's favourite flower and Tracey painted a wonderful mural of sunflowers on the wall. Together as a group, we made a Memory Tree; from each branch hangs a heart representing one of Julieanne's many qualities that made her so special to us” said Rachel on behalf of the centre.

Breda stated the late Julieanne who died on September 14, 2018 loved her time at the Kilcullen services who also assisted her in seeking work at the local library, where she loved working alongside Julie O'Donoghue and staff.

“Bubbly, vivacious, smiley, great craic, warm, friendly, direct, welcoming and very endearing” is how fellow members of Spina Bifida & Hydrocephalus Ireland described the late Julieanne as she and her parents were an integral part of the Kildare and national SBHI community. 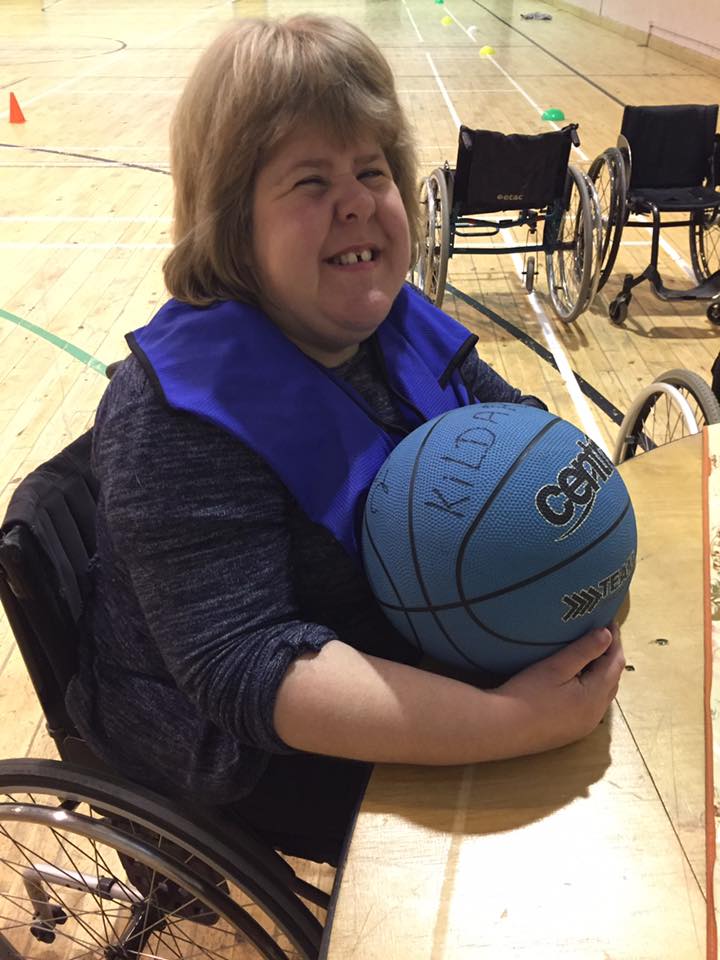 Breda and Gerry thanked the staff at the McMahon KARE Centre for the lovely gesture which means so much to the family.

“We miss Julieanne” read the service tribute on Friday last. “Now we have a place to sit, think and remember Julieanne, extraordinary lady that she was”.