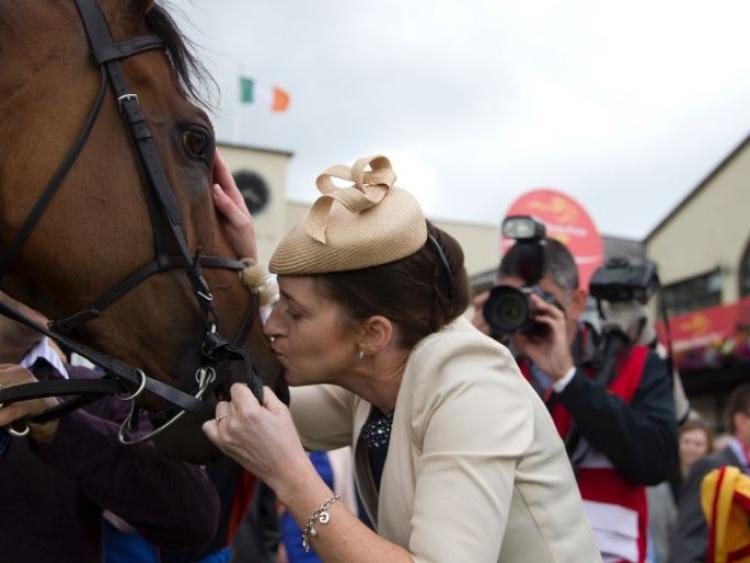 The 2018 Classic winner Romanised compliments a strong supporting card for the Kerrygold Irish Oaks at the Curragh this weekend.  Ken Condon’s 2,000 Guineas hero will line up in the fascinating renewal of the Group 2 Paddy Power Minstrel Stakes on Saturday, a race in which the veteran Gordon Lord Byron will make his 100th career start for trainer Tom Hogan. Gordon Lord Byron is the mount of Chris Hayes in the race which he won back to back in 2015 and 2016.

A ten-strong field also includes notable English-trained entries, Hey Gaman, who is the mount of Frankie Dettori, and prolific winner Safe Voyage who is three wins from three starts at Haydock this season for trainer John Quinn.

Exciting juvenile Pitoletto will be looking to give Aidan O’Brien a fifth win in seven years in the Jebel Ali Racecourse And Stables Anglesey Stakes.

The son of War Front secured victories at Tipperary and Naas and now steps up to six furlongs for the first time where he will meet Mick Halford’s course and distance winner Roman Turbo and the Sheila Lavery-trained Lil Grey.

Three of the nine British-trained runners on Saturday will contest the Kerrygold Irish Oaks as Royal Ascot winner Star Catcher leads the overseas representation for John Gosden and Frankie Dettori.  Royal Ascot winner Star Catcher is likely to be joined by at least one Ralph Beckett-trained runner as overseas trainers eye a ninth win in eleven runnings of Ireland's penultimate Classic of the season.

O'Brien's father Aidan has six of the remaining field, including the Epsom Oaks runner-up Pink Dogwood and Fleeting who was third at Epsom before finishing second to the supplemented Star Catcher in the Ribblesdale Stakes last month.

"We are very much looking forward to the Kerrygold Irish Oaks this weekend and have left six in the race at the moment. We would be thinking that Fleeting, Pink Dogwood, Peach Tree and maybe something else will run.

"Fleeting seems to be fine since Ascot and everyone is happy with her," O'Brien reported. "Both Fleeting and Pink Dogwood ran close together in Epsom and ran very well and have run well since then too.

"I thought Pink Dogwood ran very well the last day in the Pretty Polly but she is going back up in trip again and we're looking forward to it. We're thinking Peach Tree could run as well and maybe one more."

Thirteen of the last twenty renewals of the Kerrygold Irish Oaks have gone for export with Aidan O'Brien, Jim Bolger and the late Paddy Mullins the only Irish trainers to celebrate victory in the race during that time.

Ralph Beckett will be hoping to become the latest English-based trainer to join the race’s roll of honour. Beckett commented: "We've left in Antonia De Vaga and Manuela De Vega and we'll just keep an eye on the ground for Antonia De Vaga. I would say at this stage Manuela De Vega is a probable runner. They're both well in themselves."

Sunday's Racing
A further six overseas runners will line up at the Curragh on Sunday including the Royal Ascot winner Move Swiftly who heads the for William Haggas.

Trainer Archie Watson is responsible for the sole British representative in the Jebel Ali Racecourse Anglesey Stakes with Gulidsman getting an entry. The Group 3 race is where the two-time Aidan O'Brien-trained winner Pistoletto is being targetted.

The first of on an eight race card on Saturday is due off at 2.15pm with the Kerrygold Irish Oaks at 5.10pm, while on Sunday the first of eight races is at 2pm. The concluding race at 6pm is the first leg of the Corinthian Challenge Charity Race Series in aid of the Irish Injured Jockeys. For admission prices and discounted offers, see www.curragh.ie. Children under 18 accompanied by an adult go free.