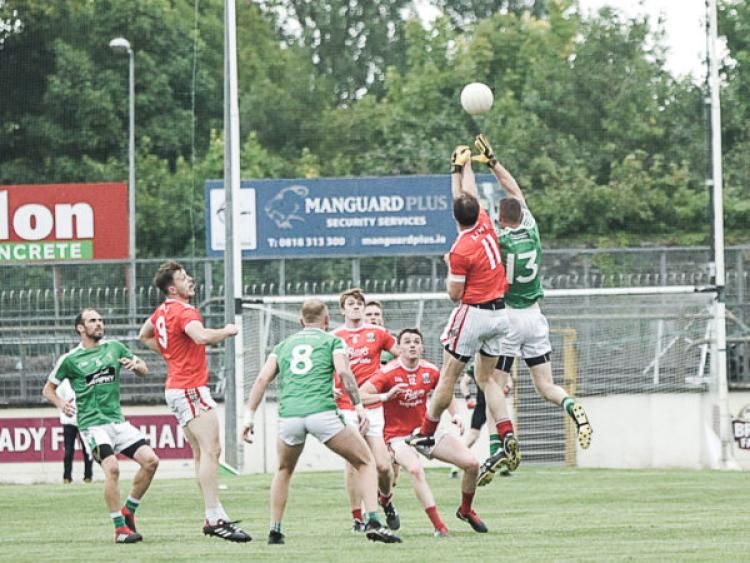 It's set to be a hectic two days at St.Conleths Park with five games down for decision with special attention on the Division 1 Senior Football League Semi-Finals.

It all starts this afternoon when County Champions Moorefield square up to Carbury and while the Newbridge side will be expected to come through the West Kildare outfit have caused the Moores problems in the past.

Carbury arguably should have beaten today's opposition in last year's Championship and they also went close in the opening game of this year's League.

Former Moorefield star Philly Wolfe is in charge of Carbury and despite missing their last gasp win over Athy to get to this stage he will be back on the sideline as his team aim to cause a shock.

The second Semi-Final takes place on Sunday with Naas and Sarsfields colliding with each other.

Naas finished second in the regulation part of the League and defeated the likes of Athy, Moorefield and Sarsfields so they will come into the game in a confident frame of mind.

Sarsfields despite losing out to Johnstownbridge last week have really got a bit of momentum going over the past few weeks as Davy Burke seems to be getting to grips with his charges.

A League Title would be huge for either of these sides before the Championship resumes and its a game that could go either way.

As well as those Semi-finals there is also three pieces of silverware to be given out.

Raheens and Castledermot will renew acquaintances in the Division 2 Final as they meet for the third time this year while Caragh and Rheban face off in the Division 4 Final.

All four of those teams have already achieved their primary aim of Promotion as they aim to add a trophy before the Championship.

The five game programme is concluded with Ardclough and Suncroft kicking off proceedings in the Division 4 League Shield Final.