You'll never guess how much this bottle of Kildare whiskey is worth? 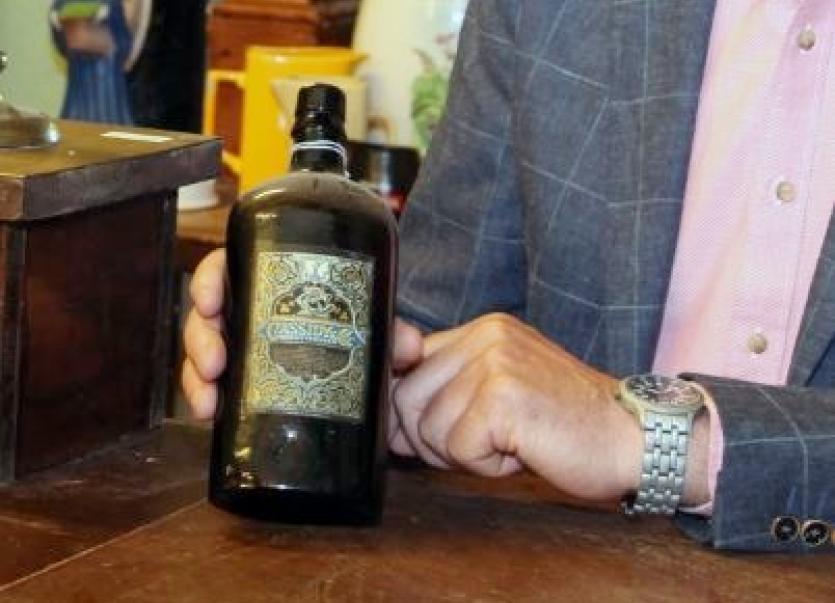 A rare bottle of old Irish whiskey is set to sell for up to €10,000 euro at auction next week.

The 1880s bottle of Cassidy & Co Monasterevin whiskey was matured by the Cassidy family, who made whiskey at the Kildare mill from 1784 until 1921. The item is set to go for auction at Victor Mee Auctions in Cavan on July 31, with an estimate reaching up to €10,000.

The hand-blown, unopened bottle, is one of only two known such bottles – the other is housed in the Irish Whiskey museum.

It has "Cassidy & Co, Monasterevin" emblazoned on the label.

The whiskey has been described by the auction house as the "star lot" in the Clermont Collection Rare Advertising, Pub Memorabilia and Architectural Fittings sale, which will take place over two days from July 30-31.

It also includes a rare early 20th century large Irish copper whiskey cylinder, which holds roughly 300 litres. It is expected to sell for up to €1,800 euro.

The auction house said they expected it might be of interest to a publican interested in displaying it in a bar.

Auctioneer Bryan Mee said: “Whiskey is another area of expertise for us at Victor Mee Auctions and selling extremely rare bottles of whiskey is becoming a common occurrence for us, much to our delight.”