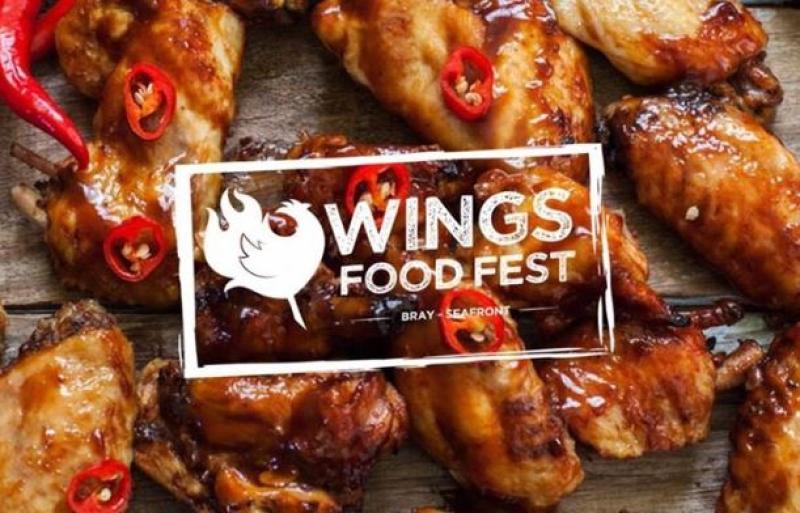 A Co Kildare dad of one was injured by a falling advertising sign at a food festival in Bray on Sunday.

Frank Craig (33), from Prosperous was attending the Wings Food Fest on the seafront with his wife and daughter and other family members when disaster struck.

A large advertising sign fell on them after a gust of wind blew it over, trapping Mr Craig underneath.

His nephew was also slightly injured.

Paramedics attended to Mr Craig at the scene before transferring him to St Vincent's Hospital, Dublin.

"He has a broken breast bone, two broken collar bones, a broken bone in his neck, 29 staples in the back of his head, and his right wrist, hand and fingers are crushed to pieces," his father Thomas told the Irish Independent.

Mr Craig lives in Kilcock with his wife Laura and works as a forklift driver in Leixlip.

Mr Craig and his family were due to go on holiday to Spain on Thursday.

In a statement, Wicklow County Council said: "An accident due to a freak wind occurred at the Wings Food Fest in Bray on Sunday afternoon.

"This resulted in an entrance sign being blown down.

"Unfortunately, two people were injured as a result.

"There was a rapid response from local emergency services and the injured were treated at the scene before being taken to hospital.

"While Wicklow County Council did not organise the event, we would like to wish those injured a speedy recovery."