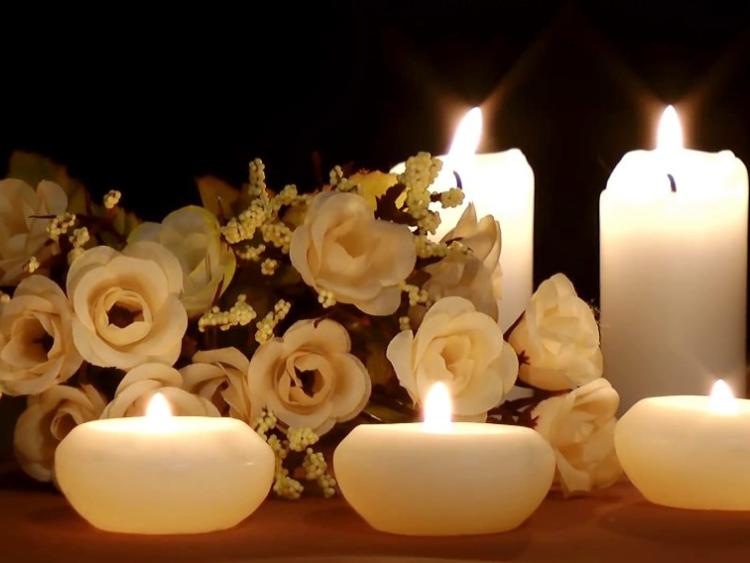 May Frank Rest In Peace

Reposing at Glennon's Funeral Home, Eyre Street, Newbridge from 4 pm on Tuesday with Rosary at 8 o’clock. Removal on Wednesday morning at 10:30 am to arrive at St. Conleth's Parish Church, Newbridge for requiem Mass at 11 o’clock. Burial afterwards in St. Conleth's Cemetery, Newbridge.

Reposing at St. Leo’s Convent on Tuesday from 3pm concluding with prayers at 7pm. Funeral Mass on Wednesday at 11am in St. Lazerian’s Church, Leighlinbridge. Burial afterwards Leighlinbridge Cemetery.

Reposing at her sister Imelda's residence in Fanagh, Donadea (W91E8P3) on Wednesday from 4pm to 9pm, with prayers at 8.30pm. Removal on Thursday at 11.30am to arrive at St. Coca's Church, Kilcock for 12 noon Funeral Mass, followed by burial in Mainham Cemetery.