The M7 is going to be very busy this weekend with up to 150,000 extra vehicles 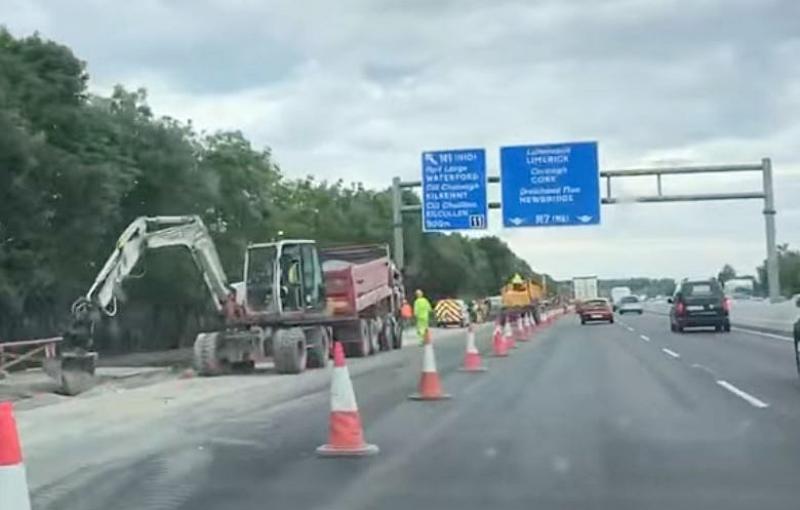 The M7 will be very congested at times on Saturday and Sunday due to fans from four counties travelling to and from the All Ireland Senior Hurling Semi Finals in Croke Park.

Limerick play Kilkenny at 6pm on Saturday while Tipperary takes on Wexford at 3.30pm on Sunday.

There could be an average attendance of around 50,000 people in Croke Park on each day.

Given that many fans will use public transport like buses and trains, up to 40,000 extra vehicles en route to Croke Park could be using the M7/M9 on each day.

That's about 160,000 return trips over Saturday and Sunday.

There are a number of 'pinch points' along sections of the M7 and M9 as the upgrade works are not completely finished yet.

Road users travelling to Croke Park this coming weekend have been advised of the ongoing M7 Roadworks between J11 (M9) and Junction 8 (Johnstown) and possible delays.

Motorists from Kilkenny travelling north on the M9 will notice that the carriageway is reduced to a single lane on approach to the M7.

Motorists travelling from Limerick and Tipperary may also experience some delays on M7 northbound as M9 traffic merges at Junction 11.

When leaving Dublin please be aware of recent changes in the road layout between Junctions 8-11.

These include 3 lanes now available, a new exit at Junction 10 and a new arrangement at the M9 split with the left lane leading straight onto M9 southbound.

Motorists continuing along M7 should keep to Lanes 2 and 3 when approaching the M9 split.

Expect some delays between Junction 9 – 10 on approach to this new arrangement.