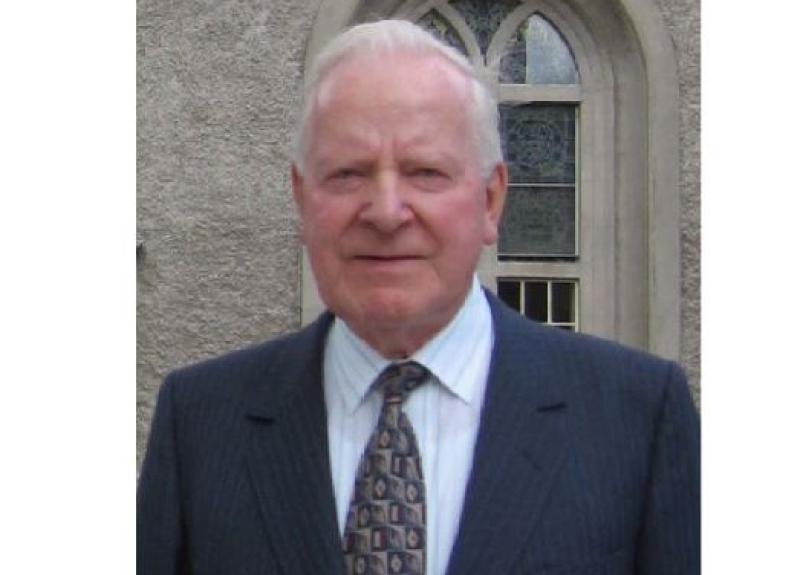 Unexpectedly and peacefully; beloved husband of the late Thérèse and much loved and cherished father of Conal (Tuam), Kevin Jnr. (Greystones) and the late Aonghus.

He will be very sadly missed by his sons, daughters-in-law Ann and Mary, his grandchildren Niall, Ailbhe and Eoghan, nieces, nephews, good neighbours, friends and army colleagues. Requiescat in pace.

Requiem Mass in the Church of Christ the King, Salthill on Thursday 1st August at 12 noon. Funeral after Mass to the new cemetery, Bohermore.

May His Gentle Soul Rest In peace.

John will lie in repose at Sweeney's Funeral Home, Louisburgh on Tuesday (July 30th) from 5.00pm, concluding with prayers at 8.00pm. Funeral arriving at St. Patrick's Church, Louisburgh on Wednesday for Mass of the Resurrection at 11.30am, followed by interment in Kilgeever Cemetery.T

Reposing at Maher's Chapel of Rest, Portarlington on Tuesday from 5pm with Removal at 6:20pm arriving St John's Church, Killenard at 7pm. Requiem Mass on Wednesday at 12 noon. Interment afterwards in the adjoining cemetery.

May Sheila rest in peace.

Reposing at her son Willie's residence from 12 midday on Monday. Removal on Tuesday morning at 10:15 am to arrive at St. Brigid's Parish Church, Kildare Town for Requiem Mass at 11 o’clock. Cremation at Newlands Cross Crematorium at 1:30 pm. Family flowers only please.

The death has occurred of Jimmy Byrne
Abbeyfield Ballitore and late of Kilcullen and Fonstown Athy, Kildare / Kilcullen, Kildare

Reposing at his Daughter Nichola and Son-in-law Michael O' Neill's residence Mullaghmast(Eircode R14TD82) from 12 o' clock on Tuesday 30th with prayers at 8 o' clock . Removal from there on Wednesday 31st to The Church of the Sacred Heart and St. Brigid, Kilcullen. Arriving for 11o'clock Requiem Mass Funeral thereafter to Fonstown Cemetery.