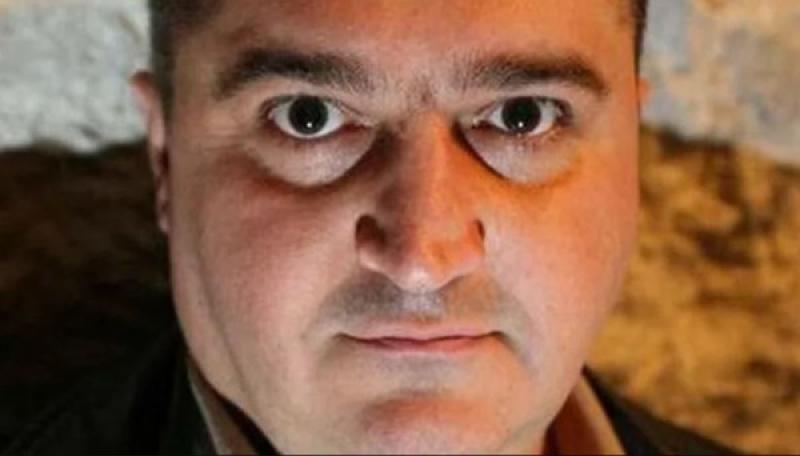 A former psychic convicted of the money laundering of €1.6 million has been jailed for seven and a half years.

One of the victims was a developer from Athy.

Simon Gold (54) with an address of Augharan, Aughavas, Co. Leitrim, had pleaded not  guilty at Dublin Circuit Criminal Court to charges including money laundering, theft, deception and control of false instruments on dates between 1 January 2010 and 22 October 2012.

After over two weeks of evidence, the jury returned a verdict of guilty on 20 counts after deliberating for over 12 hours.

The court heard that one of the victims was Frank Gleeson was a developer living outside Athy, Co Kildare, and that in 2008 he became involved in construction in Portugal.

Gleeson bought a site in Portugal and raised €1 million from a Portuguese bank to start building ten apartments, with the intention being to raise further funds by selling them and then building more apartments. He did not sell any and the bank started looking for repayments.

He needed £300,000 in order to secure a loan of £3 million. He had a conversation with Gold who said he could secure the funding for a bridging loan provided he pay a deposit of £30,000 up front.

In a victim impact statement, which was read out in court, Gleeson said the cash he gave was the last savings he had.

He said that he had been away from his family for five years now working in Saudi Arabia.

The jury returned a verdict of not guilty on a single count of deception relating to €28,000 transferred by a Co Galway farmer to a bank account linked to Gold.

While passing sentence yesterday, Judge Martin Nolan said that Gold was a very intelligent man and that “these were devious and well thought out crimes”.

Judge Nolan said that two of the Irish victims in this case were “desperate” men “at the end of their tether” and that Gold took advantage of them. He said Gold caused these men distress and embarrassment.

He said these were crimes involving “gross dishonesty” and that while Gold was a man of enterprise and intelligence, he “applies his acumen to crime”.

He ordered that all sentences will run concurrently to each other resulting in an operating prison sentence of seven and a half years. He backdated the sentence to the date he first went into custody 18 May 2018.

Detective Garda Cummins said that Gold operated a number of companies such as Anglo Irish Global, Irish Nationwide Bank, Belgravia Consultants Ltd and Elite Banking Group, none of which were actually banks.

When investigating the money laundering offences, gardaí seized a computer owned by Gold upon which they found evidence of earlier frauds committed against three Irish men who sought private financing following the recession in the late 2000′s.

Gardaí also discovered recordings of phone conversations between Gold and another man from around the time of the money laundering offences.

Detective Garda Cummins said that during the recordings, Gold could be heard to say that he could facilitate to move the money, but that it had to be done through Simon Gold and then “Simon Gold will disappear”.

Gold can be heard to say that “it has to be legitimised” and the only way it can be is through trade. He said that if was not for him then it would have fallen apart ages ago.

He can be heard to say that the first flag that is raised “we’re fucked”, they will freeze the account and we will get nothing. He said it does not make sense to “pilfer” the account immediately.

Gold has 17 previous convictions, 12 of which were in the United Kingdom. These include convictions for burglary, theft, larceny and escaping from lawful custody.

Dominic McGinn SC, defending, said there were 20 years between these convictions and this offending. He said Gold was raised by his grandmother and has a son with whom he has very little contact.

McGinn said that money laundering was often linked to terrorism or drug trafficking and that his client’s crimes were not in that category.

The court heard that Jody Ryan was involved in the quarry business in Limerick and that his business was doing badly between 2008 and 2011. He could not get a loan from an Irish bank due to the recession.

Ryan got the phone number of a man named Simon Magnier and through him he sought a loan of €4 million from Anglo Irish Global Ltd. He had borrowings of €15 million and was trying to pay back the banks.

Magnier told him he first had to pay a £10,000 deposit “to get the loan started”. He paid that deposit, but “not a euro” of the loan ever came through and that Magnier became difficult to contact afterwards.

Ryan got in contact with Magnier once or twice after making the payment and Magnier said it would be all sorted out. Magnier sounded like a bank manager on the phone and he thought he was going to solve his problems at the time.

In a victim impact statement, which was read out in court, Ryan said he thought he had done good work to get the loan but “it turned out to be a big con”. He said he had lost everything and that Gold nearly drove him to suicide.

The court heard that Eamonn O’Toole was a dairy farmer in Co Tipperary and that he was seeking a loan in 2011 to prepare for the abolition of milk quotas. His friend Jody Ryan gave him the phone number of Simon Magnier and told him Magnier was willing to invest in projects.

O’Toole wanted a loan of €250,000, but Magnier said he did not do loans of that size and offered a loan of €1 million instead. He was required to transfer £10,000 to Anglo Irish Global Ltd and he did so.

He understood that a man named Niall O’Donoghue was the person who would manage his loan, but he never spoke to O’Donoghue and said that it “would be easier to get through to Donald Trump”. The loan never came through.

Regarding the £10,000, he said if he had given it to St Vincent De Paul he would feel happy about it and the whole situation had been an education where he went from “infants to six class” in a short time.

In a victim impact statement, which was read out in court, O’Toole said that he completed work on his farm and when no loan was forthcoming he was put under extreme stress and lost his good standing in the community.

The court heard that Kurt Lauridsen was a Danish businessman who was put in touch with a German lawyer named Dr Bodo Baars, who told him about an investment opportunity.

Lauridsen transferred €1.6 million into an Ulster Bank account of Anglo Irish Global in two tranches of €800,000. He thought that Anglo Irish Global was an Irish bank and that the money could not be moved from the account without the signature of both himself and Baars.

Gold in fact had control of the account and transferred approximately €675,000 of the first tranches of €800,000 to various accounts, some also controlled by him, within days of it arriving in the Ulster Bank account.

The court heard that Lauridsen did not wish to make a victim impact statement.