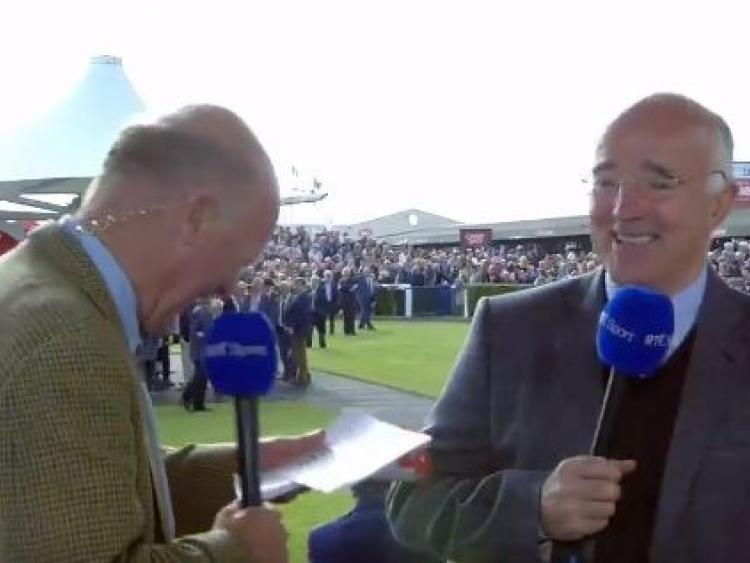 The Kill trainer takes part in the #AskTed slot where fans tweet in tricky questions and he is put on the spot to give a reply.

Presenter Robert Hall is often in stitches as he reads out the questions and hears the answers from Ted.

Yesterday, Hall read out a question from Sylvia: "Ted, I'm 38 weeks pregnant with baby number 4 - feeling nervous, any advice to calm the nerves?"

A smiling Ted said that his daughter Katie "is expecting in October and she seems to be calm enough anyway."

Then a question from Jack cheekily asked: "Ted, when you're sitting at home of an evening, would you ever be temped to slip on a nose-band or a set cheek pieces?!"

The pundit was also asked what would Ruby have been if he wasn't a jockey, and Ted replied that he would be a rugby player, possibly a scrum half.

Another question from John asked: "Was Ted happy with the result of Love Island?

A half-serious question from Saoirse was: "Why are all the best racing festivals on during the week when normal people are at work?

Ted replied: "There is lots of great racing on at the weekend too like Curragh, Leopardstown and Punchestown."

The #AskTed slot in the past has thrown up hilarious encounters on live TV.

Last year the outspoken racing pundit took aim at county councils around the country and farmers who have failed to halt the spread of ragwort.

"I think it's an absolute disgrace around the country.

"I pull ragworth. People say it's a carcinogenic. I've been pulling it since I was 16 and I'm not dead yet.

"I think it's a disgrace. Coming down and looking at the fields with ragworth. The county council should be shot and the dirty farmers that let it grow up around them... shoot them as well."

He added: "Shoot the whole lot of them!"

It's the latest in a line of hilarious one-liners Ted comes out with during the #AskTed segments.

At Punchestown one year, Walsh asked who was his 'favourite Kardashian'.

Thinking it must be a Chinese takeaway, Ted replied: "I've never eaten one."