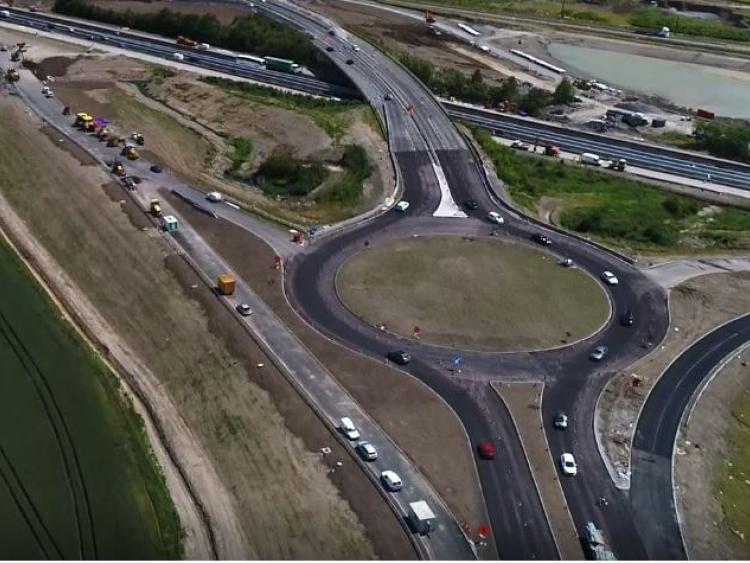 The new Newhall Interchange on the M7

The newly upgraded M7 in Kildare is to fully reopen tomorrow morning - in time for the busy August bank holiday weekend.

According to Kildare Co Council, three lanes on both sides of the motorway between Johnstown and the M9 merge will be in operation.

The widened motorway runs from Junction 8 (Johnstown) and Junction 11 where the M7 and M9 merge.

The scheme is part of a three-phase project which also includes the M7 Osberstown Interchange and the R407 Sallins Bypass.

Limited works will be continuing in the hard shoulder and roadside verge areas in coming weeks and the 120km per hour speed limit is set to be restored in September.

The extra lanes come at an ideal time ahead of the August Bank Holiday weekend, Super 8 matches across the country and the All Together Now music festival in Waterford.