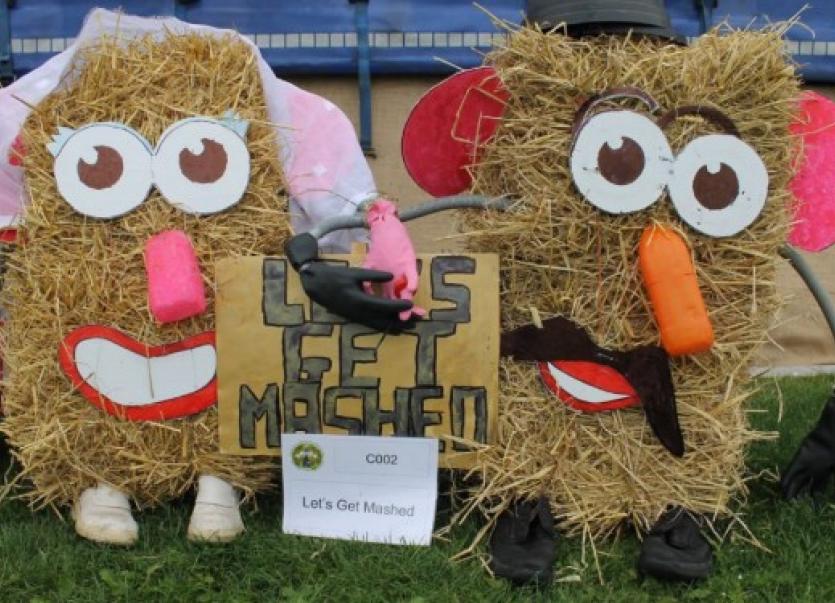 The 10th Durrow Scarecrow Festival takes place in Durrow, Co Laois, from July 28th to August 5th 2019, and every effort is being made to ensure the event is even bigger and better than ever before.

Celebrating our tenth anniversary is a big deal for us, as it is a voluntary run festival. All funds raised by the event are reinvested into the community, and has helped shape Durrow into the beautiful attraction it is today.

The continued support and involvement of the people of Durrow, year after year, truly is a testament to the wonderful  community spirit at the heart of our beautiful village.

Every year from the end of July to the start of August “hay fever”hits the peaceful little village of Durrow, as the place goes scarecrow crazy.

From all corners of Ireland, and even further afield, people arrive in their thousands, to take part in the Durrow Scarecrow Festival, and see who has what it takes, to win the All-Ireland Scarecrow Championship.

Previous winners of the top prize have ranged in size, from an ordinary scarecrow, to literally, ‘King Kong’ sized installations; and the competition continues to produce the most marvellous of creations!

Hundreds of scarecrows adorn the village and surrounding area, and they pop up in the most unusual, and far flung places! Seeing them all is a challenge in itself!

The festival, now in its 10th year, was nominated twice for ‘Best Festival’ in the Irish Times Ticket Awards, and has become one of national acclaim, attracting visitors from near and far.

This year’s festival takes place from Sunday 28th July right up to, and including Bank Holiday Monday 5th August.

With fantastic events, shows, workshops, demonstrations and so many different areas, each with its own individual character and charm, there is so much to see and do over the course of the nine days.

From the hustle and bustle of the green in the centre of Durrow, where the Scarecrow Village and the Food and Craft Fair are situated, to more sedate places like our playground and Mill Wheel Amenity area, you can get stuck right in to the festivities, and then take a well earned break and relax!

The Ranch offers a glimpse of another world, with vintage displays, and is also home to our Round Hay Bale Competition entries. As we are trying to make our tenth year that little bit extra special, we are bringing the biggest slide in Europe to the event - The Miami Slide!!

The massive inflatable is suitable for both kids and adults, if the adults are up to it that is! We know the kids are!!

The Arts & Crafts Exhibition in Durrow Community Centre, is always a fantastic display of talent and skill, with a photography competition also exhibited within.