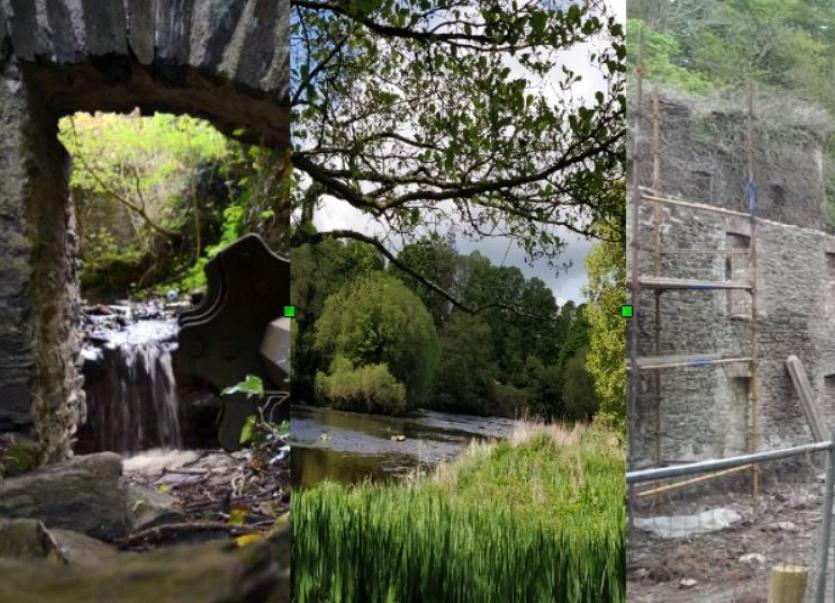 A lovely fundraiser in aid of St John's Church of Ireland has been organised for tomorrow, Saturday, August 3.
Meeting at 2.15pm at Chris and Isa Dowling's house by the Liffey Bridge in the village, there will be a short walk by
the river, followed by a visit to the local Woolen Mills, now under the ownership of Ciara and Harvey
Applebee, who will give a brief history and outline future plans for the building/property. All welcome to attend. 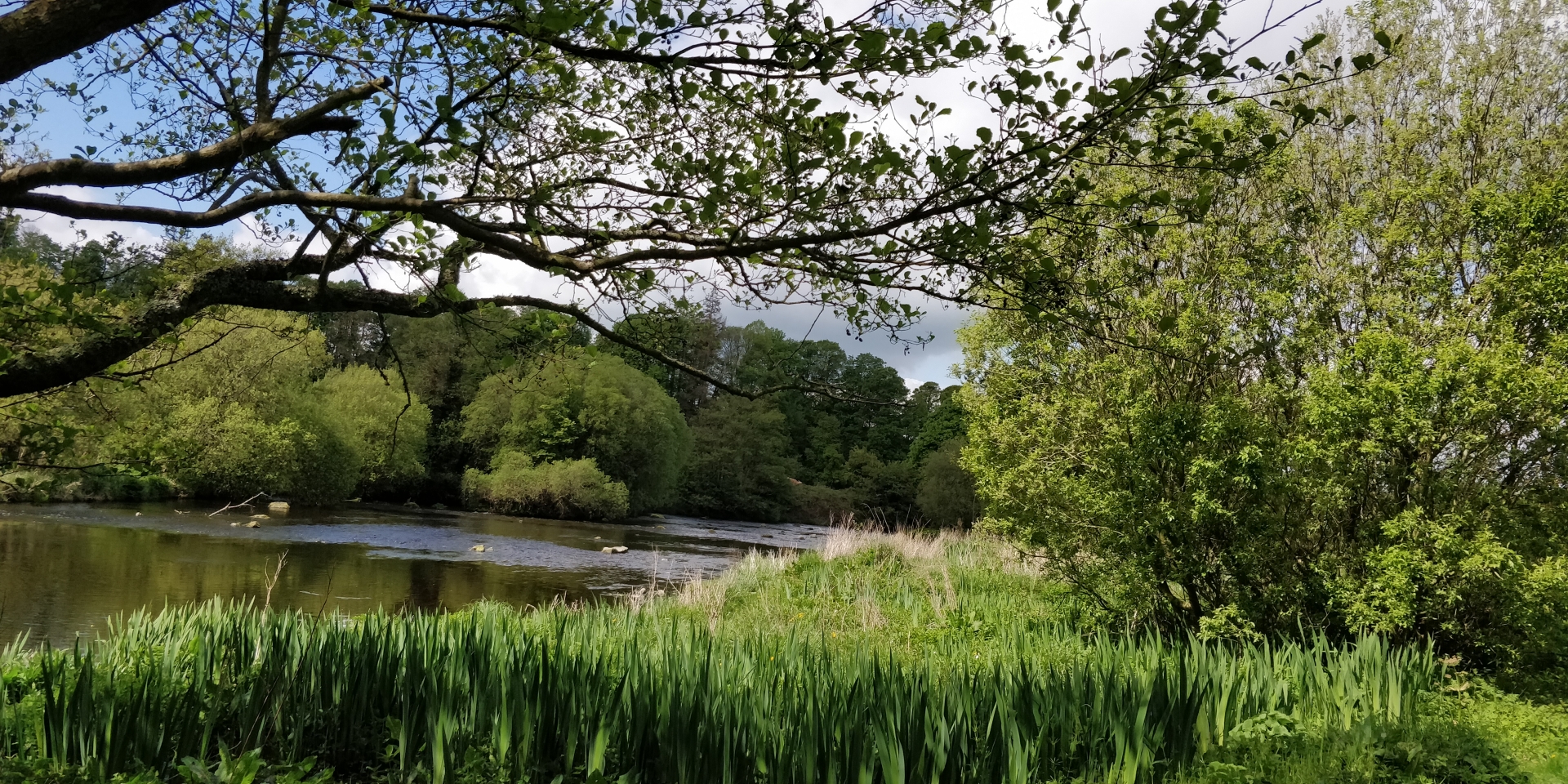 History lovers will enjoy seeing the incredible clearance and restoration works carried out on the site of the old woolen mills by the Appelbes, the factory having reputedly once employed 700 people. Refreshments will be served afterwards – tea, coffee, sandwiches and home baking. The cost is €10 per person, bookings to Grania Glancy at 087 125 3190.

The Old Woollen Mill at Ballymore Eustace (known locally at 'The Factory' or 'The Woolen Mills') was built in a series of phases from 1802 as a thriving woolen/linen mill, with peripheral additions after 1837, and possibly integrating elements of earlier mills. The site having been used variously as a corn, oat mill and tuck mill since the Middle Ages.  At its prime, the mill is said to have employed 700 people from the village and surrounding areas. The factory operations at one time were driven by three water wheels, fed by the mill race from Golden Falls. 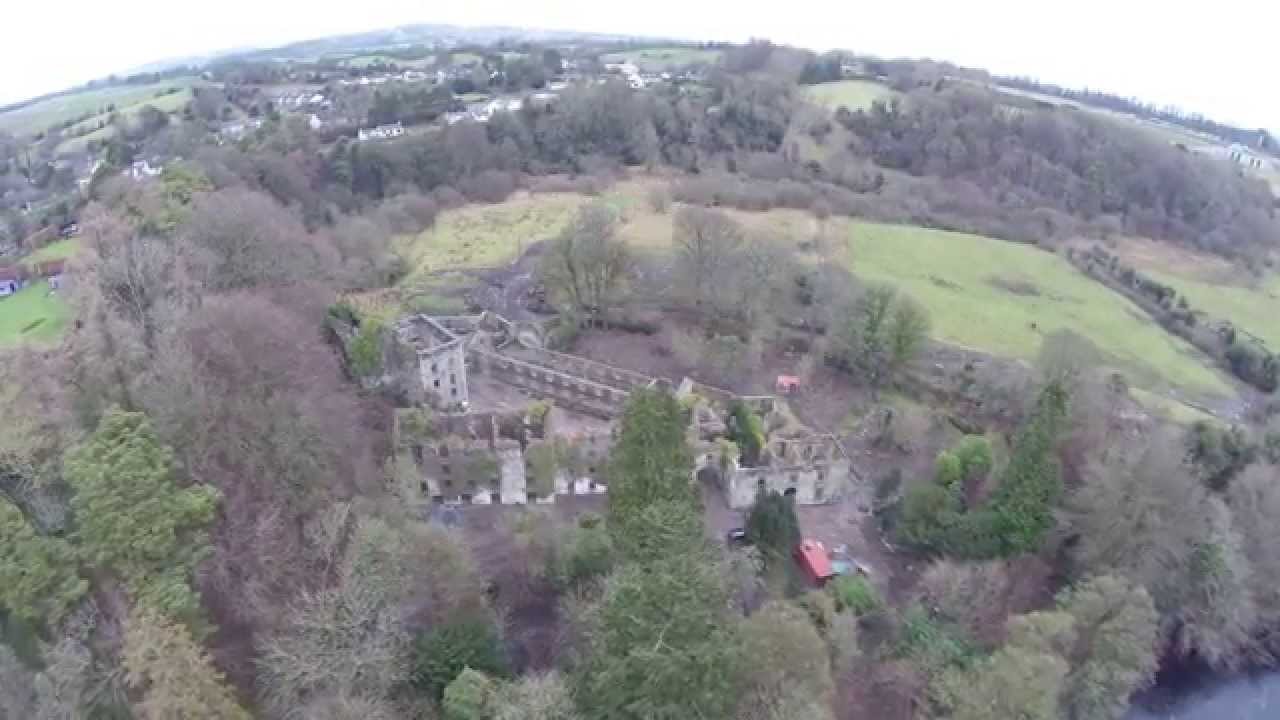 Sadly, production stopped around 1910. The factory was bought by the Ryan family in the 1940s, the last residing member at the Mill passed away in the 1990s. The Mill has since been unoccupied. All of the buildings are now empty and derelict, having suffered almost 100 years of rot, weather damage, vandalism, uncontrolled ivy and tree growth. Some buildings have collapsed entirely, others are at risk of collapse. The mill race and many of the sluices have silted up or grown over.

However, In 2013 the Mill was bought by the Appelbe family (no relation to the jewellers!) in the hope of saving the heritage of the buildings before they are lost forever.  "We hope that these beautiful and historic buildings can be returned to a living and productive state that can sustain itself long into the future" wrote Harvey and Ciara Appelbe who have spent recent years clearing the site, wall and restoring the georgian house, the main residence, along with vast reclamation work on the buildings, with the hope of eventually running a viable commercial operation there (whiskey distillery has been the most favourable option).

Anyone interested in seeing and hearing Harvey's talk on the reclamation works, do join the group tomorrow at 2.15pm by the Liffey Bridge tomorrow afternoon, August 3. But remember to confirm by text to Grania at 087 125 3190.