One of the most annoying things on a busy bank holiday weekend! 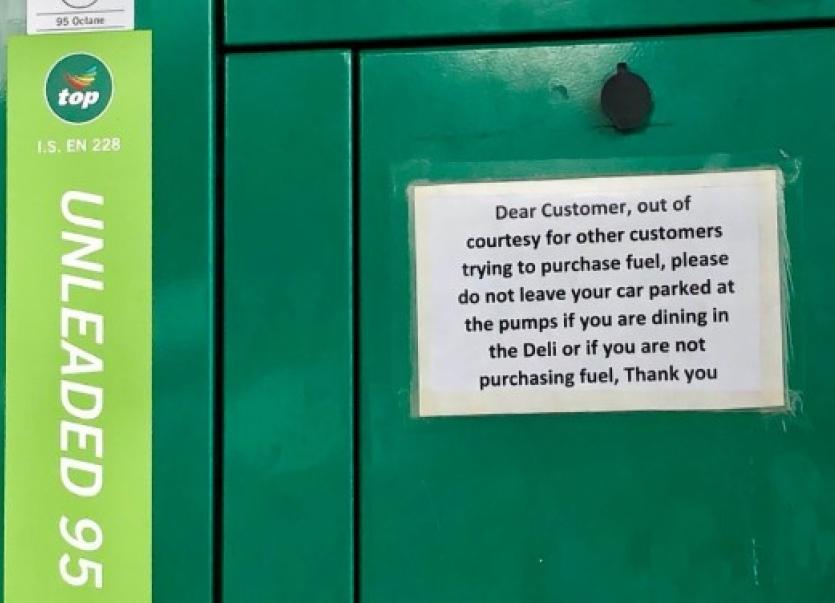 The notice at the fuel pumps

It's the worst thing if you're rushing to fill up your tank in a hurry - especially on a bank holiday weekend!

A car is parked at the fuel pump and there's no sign of the driver.

Most people have the courtesy to move their car to a designated parking area before paying for their fuel.

However a small minority still hog space at the pumps while they spend several minutes in the shop or even sit down to have a meal.

Tougher's Filling Station between Naas and Newbridge has put up polite notices asking people not to park at the pumps if they are 'dining in the deli or not purchasing fuel'.

Let's hope that these notices make a difference in improving courtesy to other drivers at fuel stations!