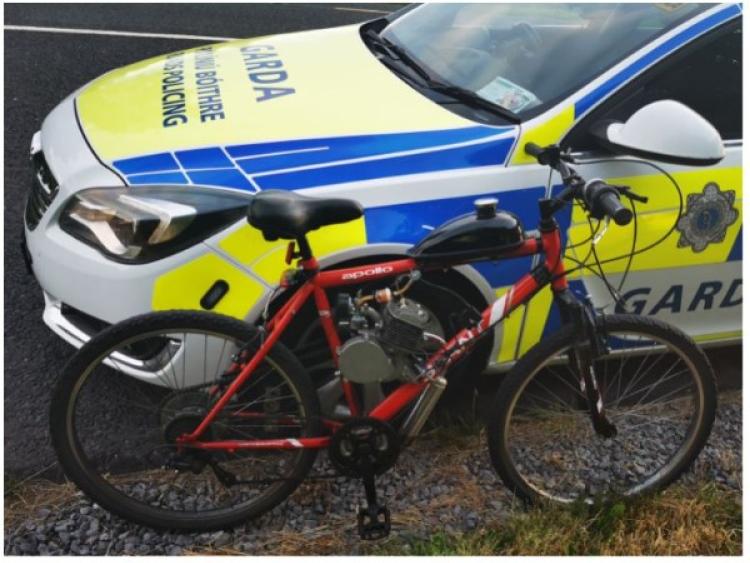 The adapted bicycle with the engine

This Apollo bicycle was discovered to have a 80cc engine attached to it when stopped by Gardai.

Longford Roads Policing Unit stopped the 'machine; travelling at speeds of up to 55 km per hour on the N5. 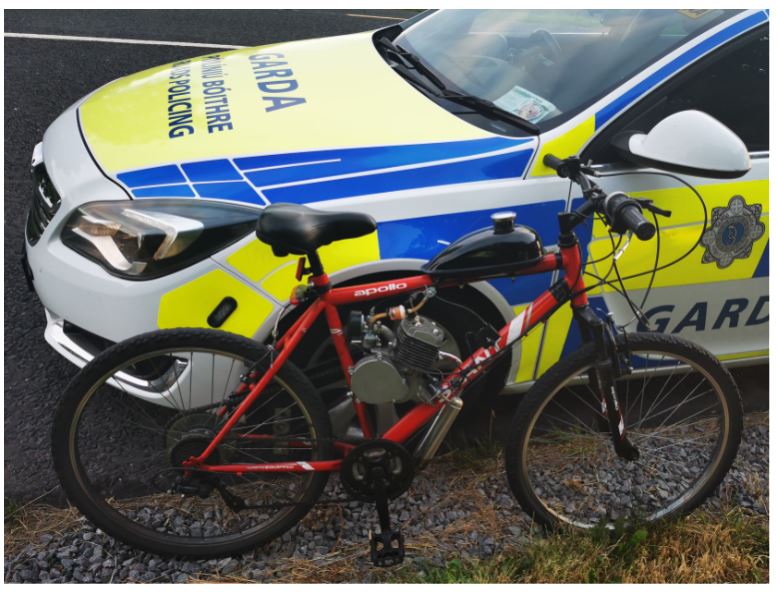 Officers discovered the bicycle an 80cc engine attached to the frame of the bike.

The vehicle was seized and a Fixed Charge Penalty Notice and court appearance may apply.