Fond farewell to the late Josephine

“Vivacious”, “generous”, “talented”, “family orientated”, “interested in everyone” were some of the words spoken about the late Josephine O'Connell who died suddenly last week. Born at No 5 North Main Street (below), to Mary and Christy Conway, Josephine was christenend and celebrated every major event in her life at Our Lady's and St David's Church, just a few hundred yards from the home of her birth.

And last week, the community turned out en mass to bid farewell to this much loved daughter of Naas. Queues of people lined the canal and up to the main road from Josephine's residence on Friday evening and again on Saturday morning, for her final journey to St Corban's where she was laid to rest with her parents and stepfather, Will Behan.

Her sudden death was a devastating blow to her family, husband Brendan and children Patricia, John, Suzanne and Vanessa. Always impeccably dressed, with a great sense of style, Josephine appeared to enjoy good health, loved dancing, played golf and cycled her bike regularly around the area. She was an avid bridge player, and a member of several book clubs, and always a great supporter of Naas Tennis Club. She also loved singing and participated in the Big C Choir and Naas Parish Choir, and both Brendan and Josephine did a bit of acting in their day with the Moat and elsewhere. 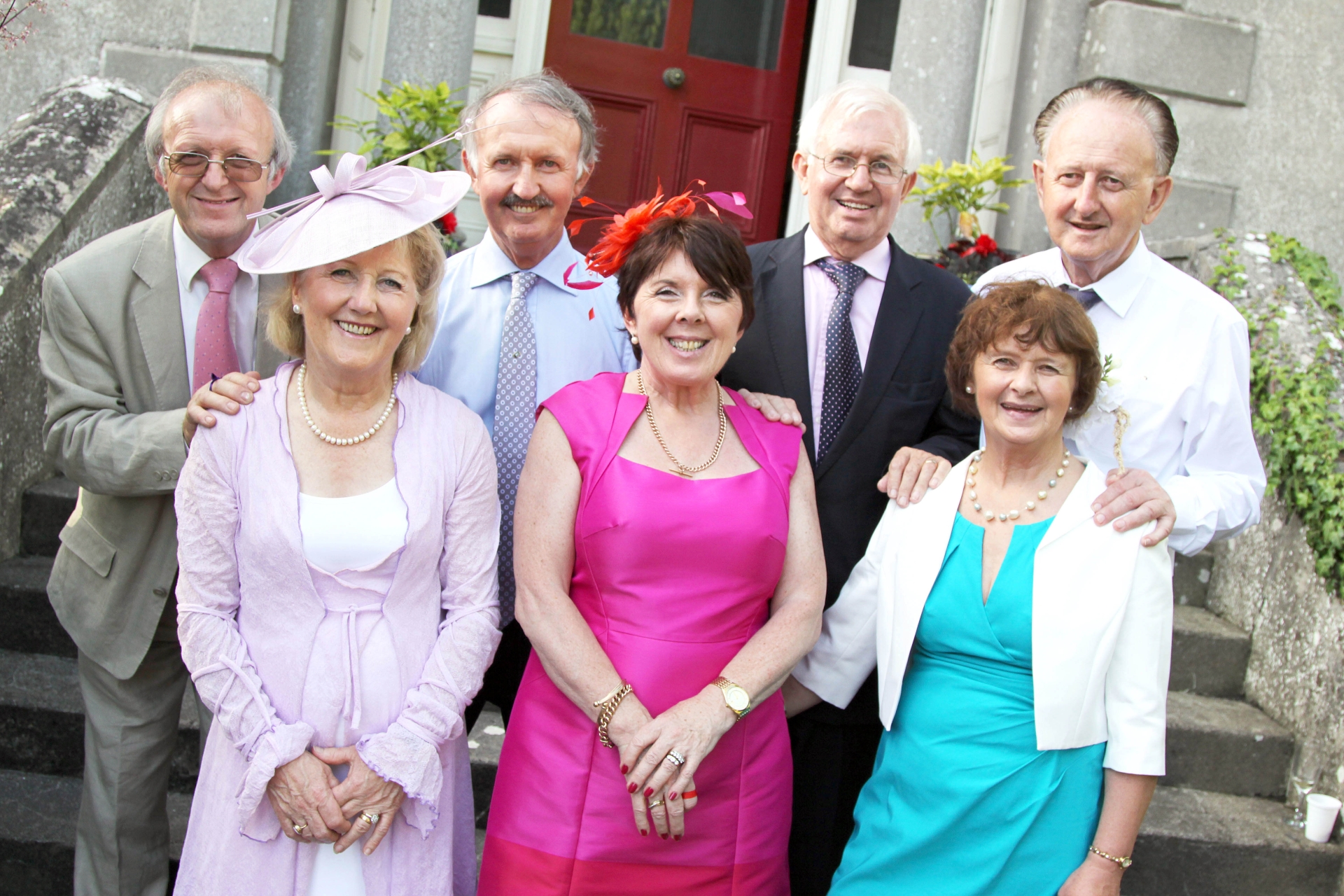 Her brother Timmy recalls her 'joie de vivre' and good humour as a child, albeit she had a liking for bringing home prams to the shop on North Main Street when she was young!

“People knew her years ago as Josie Conway” said Timmy Conway. “She and Brendan first met when he was busking one summer in Hyde Park, London. Later, they were both working in New York and met again, and from there, their romance blossomed. Josie loved dancing and they were great at jiving. After they married and set up home in North Great George's Street, Josephine opened a Montessori school which she ran for years. Among her pupils was a son of Sinead O'Connor's.

“When they moved to Mill House (also called Leinster Grove), in Osberstown along the canal (formerly known as Odlum's House), she established a Montessori facility there too. The couple carried out a sympathetic restoration and refurnished the house, with Brendan being an architect by profession (as they had done with the house in North Great George's Street).

Timmy continued: “Josephine was an organiser, in a positive way. Nothing was beyond her capabilities, she would find a solution to every problem and she took a huge interest in the wider family.

The parties hosted by Josephine and Brendan were legendary! They both loved to act, to sing and dance. At the house parties, they were likely to perform 'A couple of swells', or a Percy French number, or Josephine would assume the character of Lady Bracknagh from Oscar Wilde's 'The Importance of Being Earnest'.

“She was great fun, lively and always so entertaining” he added. “Her death to Brendan and the family is so traumatic, she seemed so well. She adored her children and grandchildren and was always so animated with children, I can only imagine their sense of loss today” added Timmy.

Her son John stated: “I will remember my Mum as a gentle soul with a huge personality. My whole life she has always embraced anything I wanted to do. She nurtured a confidence, a curiosity and a belief I could do anything I put my mind to. She will always be an inspiration to me for the rest of my life”. 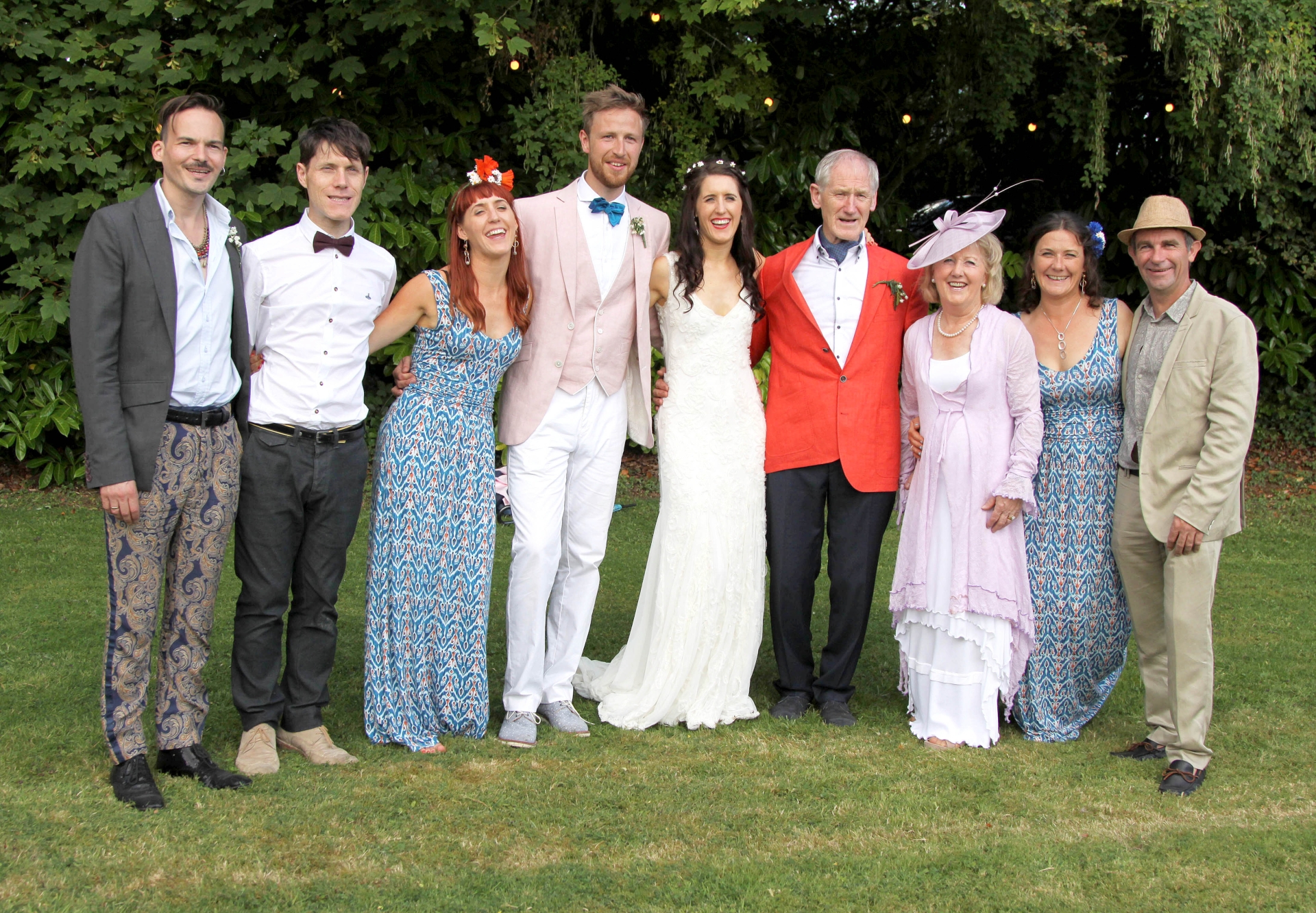 Vanessa too described her mother's constant curiosity as a driving force in her upbringing as well as in Josephine's grandchildren: “Mum was a woman full of energy and with such a zest for life ... of her many wonderful traits, was her curiosity, her adventurous nature, but she was so loving and full of gratitude. The curiosity Mum instilled in us was being instilled in Amber and Skye and it was a pleasure to watch this, like when she took a leaf from a tree and slowly examined its shape and veins. I will treasure the memories of dinner parties with my friends where I was so proud to have Mum and Dad there as part of the gang leading the sing songs and story telling.”

Suzanne also wrote of her parents support, of their encouragement to see their children work hard, and to follow their curiosity – but making sure to have fun and enjoy life on the way! “Thank you, Mum for the endless interest in the details of my life, always knowing exactly what I was working on, updating your diary with the names of our projects. You were so proud of us, which gave me confidence to try new things. You would have laminated each of us if you could!”

Finally, Patricia described her mother as a 'force of nature'. “They say great things come in small packages, well, that was our Mum. I can remember our parents having us doing all sorts of extra activities when we were growing up: swimming, dancing, piano, violin, hockey, drama, etc. Mum had such a curiosity for life and for living. She had a strong faith and now she has passed through the Pearly Gates with flying colours and is filling our Nana in on all the antics over the years”.

Josephine's brother Timmy noted that despite her energy and participation in so many local activities and of course, her family, the late Josephine always found time to write thank you notes, and to acknowledge a kindness or an invitation to an event, etc.

He added: “She was a true Naas girl, was our Josie. Being a born entertainer, I can still see her as a child, going up to Naas Garda Barracks with Supt O'Driscoll where she'd sit up on the front desk and sing to everyone – she was only about 6 years old then but she was a natural entertainer!”

With emotion, Timmy said Josephine would light up a room when she entered, she had such a great smile and brought such energy to everything she undertook.

“I have never seen as many people at a funeral before in Naas” he said “And to see people lining the canal on the evening of her wake, all wanting to say goodbye to her, and to extend sympathies to Brendan and the family. Mourners all had positive stories to tell about Josephine, we will miss her so much”.

The late Josephine was an avid churchgoer, and cycled to early mass daily. She also loved being part of the parish choir and was also a member of the Big C Choir. “It was wonderful to see the guards of honour formed from Leinster Grove on the canal up to the church for her arrival Friday evening and again, on Saturday morning, from the church up to St Corban's. My brother Chris sang at the mass, and Fr Liam gave such a lovely tribute to her.

“Our little sister, the woman who overcame every obstacle and had a positive take on everything. Now she is laid to rest with Mam and Dad, and our stepfather, Will. God bless, Josephine, you've left a gaping hole in the family circle.” 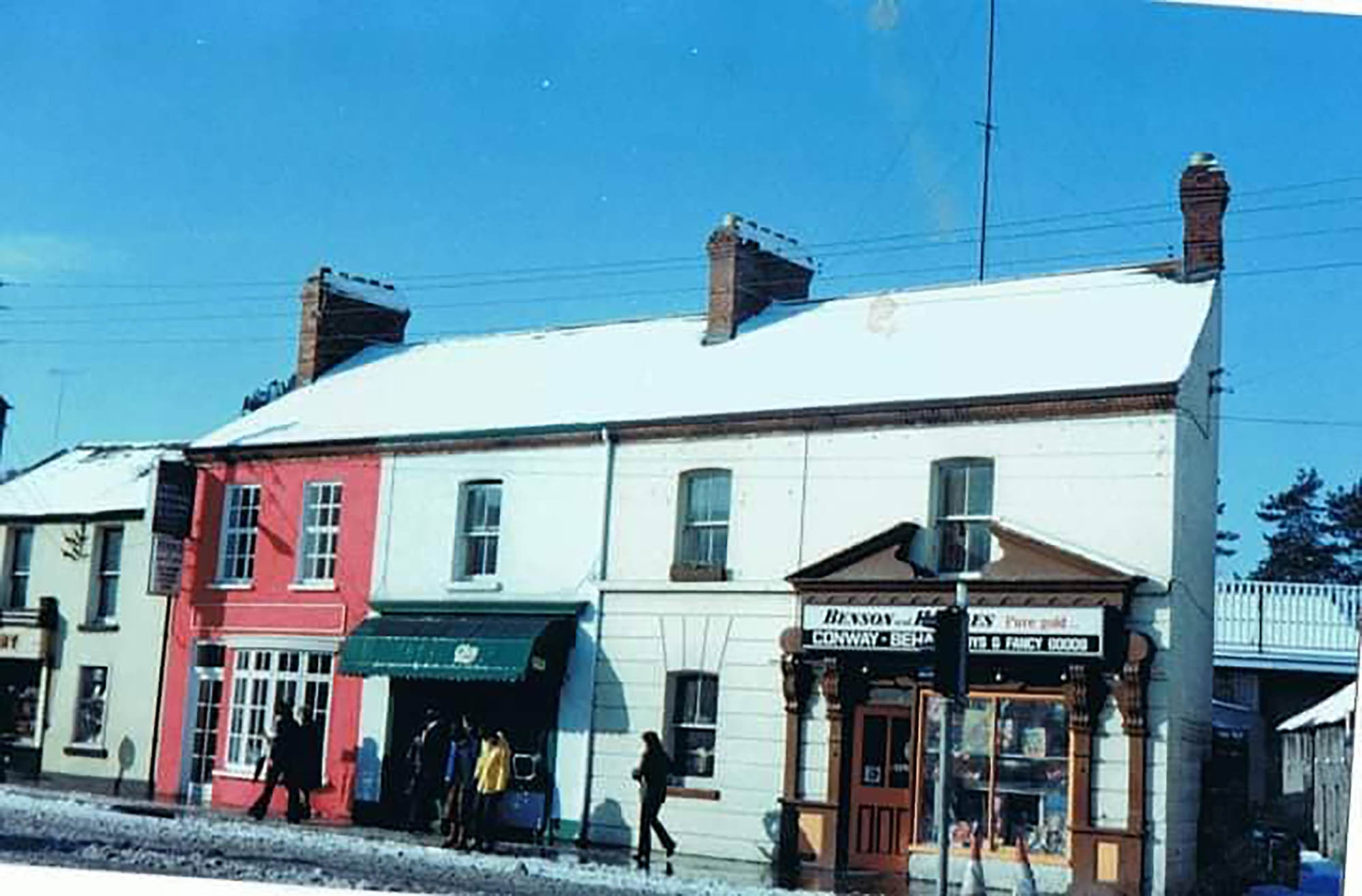 5 North Main Street, Naas where the late Josephine was born

The late Josephine O'Connell (nee Conway Behan), a true daughter of Naas, survived by her husband Brendan, children Patricia, John, Suzanne and Vanessa, siblings Donnie, Timmy, Chris, Anne, Michael and Kate; grandchildren Skye, Amber and Ruby and her large family and circle of friends. May she rest in peace, amen. NB this tribute is also published in this week's Kildare Post, available in newsagents across Co Kildare. 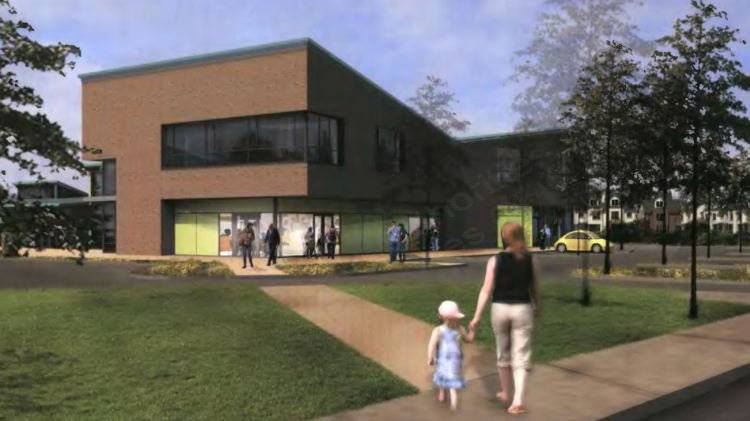 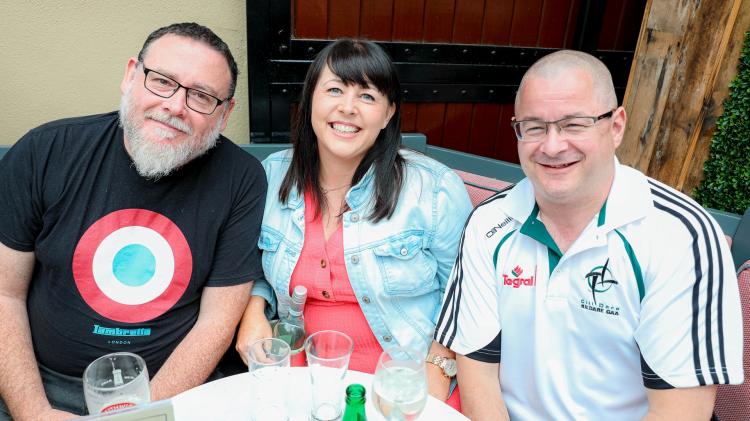