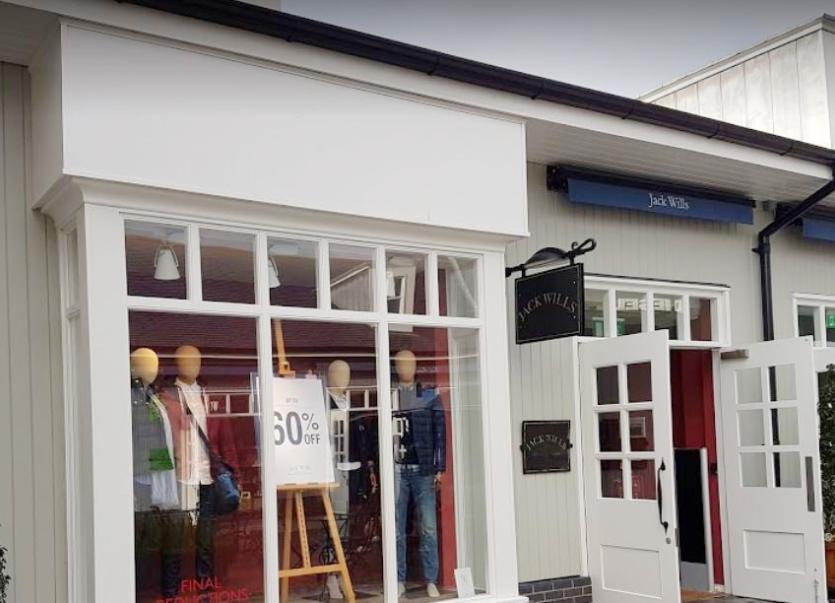 Fashion retailer Jack Wills, which has a store in Kildare Village, has been sold to giant Sports Direct in an administration deal.

As part of the agreement,  all 100 Jack Wills stores in the UK and Ireland, as well as the distribution centre and all 1,700 employees, will transfer to Sports Direct.
Jack Wills will come under a new division established at Sports Direct.

Jack Wills will continue to operate as a separate company with its own leadership team.

Jack Wills chief executive Suzanne Harlow said: “For the past year, we have been focused on improving the Jack Wills proposition and the group’s financial performance.

“Despite significant progress, the challenging trading environment led us to conclude that the company’s long-term future would be best served as part of a larger group and Sports Direct will enable us to do this.”

Sports Direct, which was established in 1982 by Mike Ashley, is the UK's largest sports-goods retailer and operates almost 700 stores worldwide.

The company also owns retail outlets such as House of Fraser and brands like Slazenger, Firetrap and Kangol.