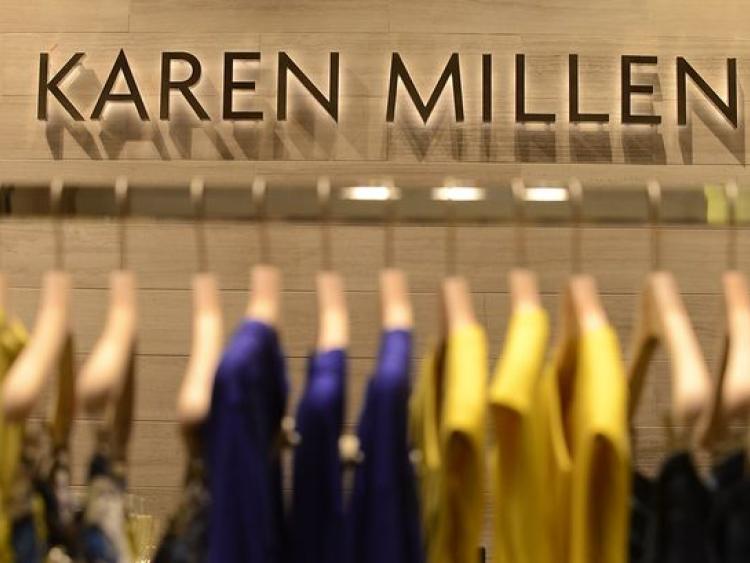 Provisional liquidators have been appointed to the Irish arm of fashion retailer Karen Millen which has an outlet at Kildare Village.

The stores also operate in Dublin, Cork, Limerick and Galway.

The company had been reportedly lining up a pre-pack administration for the British chain and its sister brand.

Boohoo did not specify if the deal involves any plans for the two retailers' physical stores.

Bosses of the company said adding the brands to its roster, which already includes PrettyLittleThing, Nasty Gal and MissPap, would help it gain customers in the crowded online fashion market.

Coast has also struggled, in part due to its locations in several Debenhams and House of Fraser stores, which have both had their own high street difficulties in recent years.

By comparison, Boohoo revealed a 39% jump in sales in the three months to May 31.

With a loan of just £100, the pair bought one thousand metres of white cotton and began manufacturing and selling white shirts to their friends.

In 1983 they opened their first store in Maidstone, Kent.