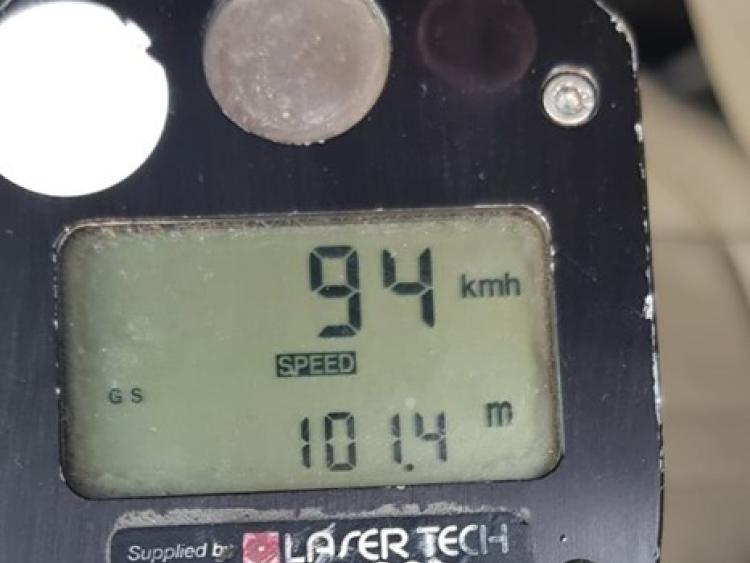 The Naas Roads Policing Unit recently operated an anti-speeding checkpoint on the L-2032 in Athgarvan, with one motorist caught speeding at 94km/hr in a 50km/hr zone.

Taking to social media, the Naas Roads Policing Unit said that 'a number of motorists were detected for speeding' during the checkpoint.

"One motorist was detected driving at a speed of 94km in a 50km Zone. Court proceedings to follow. FCPNs and penalty points issued.