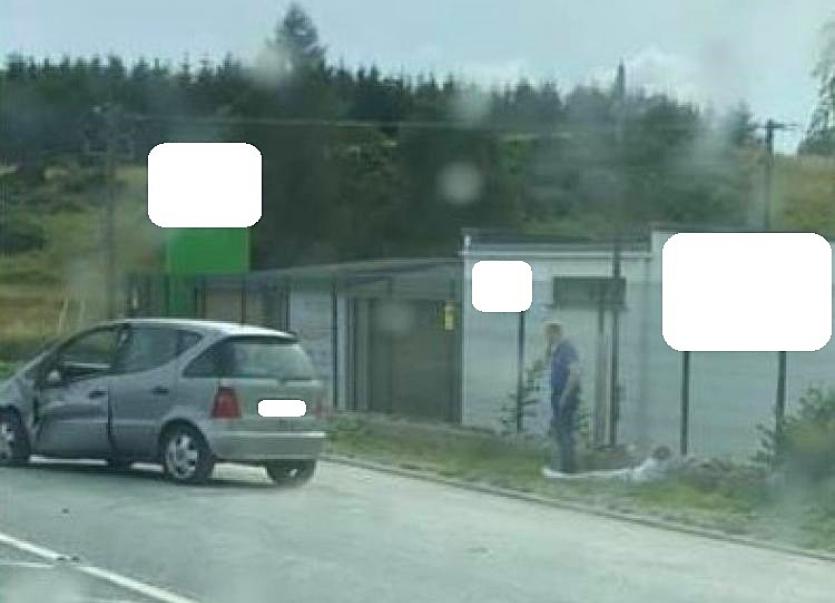 A car at the scene following the Garda chase

At one point the car being pursued drove the wrong way down the Hard Shoulder.

Gardaí believe the occupants of the car were involved in burglaries in South Kildare yesterday.

The suspects had failed to stop for Gardaí in Blessington and officers gave chase.

The car stopped 2km outside Blessington and 3 males fled from the vehicle.

Two were arrested and a third was brought to Tallaght Hospital for treatment.

A statement from the Garda Press Office to KildareNow said:

"It was believed that the occupants of the car had been involved in burglaries in the South Kildare and Carlow area earlier that day.

"After failing to stop for Gardaí at Blessington,  a short pursuit ensued which ended at Edmonstown, Blessington when the three occupants left the car and ran.

Both were detained under Section 4 of the Criminal Justice Act 1984.

"A male in his early 20s was taken to Tallaght Hospital where his injuries aren't believed to be life threatening.