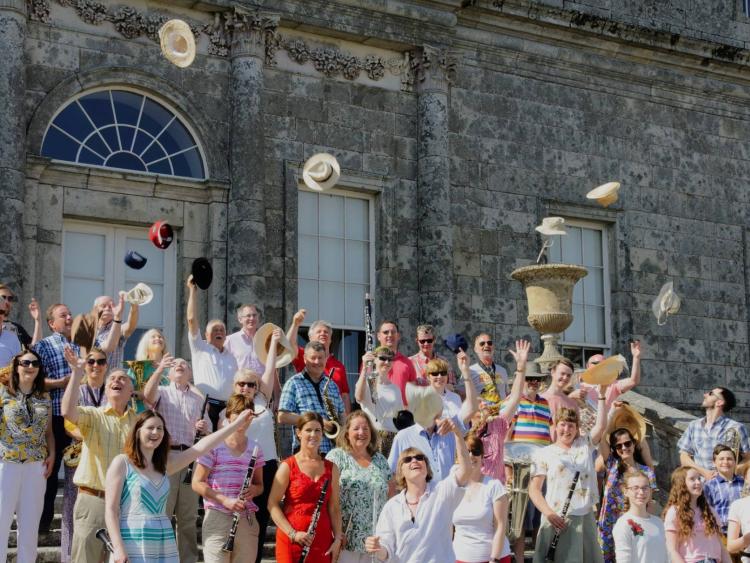 Hats off to Ballymore Concert Band who are booked to play at Electric Picnic this year!

Ballymore Eustace Concert Band, whose members are drawn from all over Co Kildare and neighbouring Co Wicklow is delighted to confirm it has been booked for Electric Picnic 2019

"We are thrilled to have been invited to perform at this prestigious festival!

"We are not sure yet what time we'll be on stage, but we will be performing at the 'Little Picnic' stage which is aimed at families. We got a great response and interaction from the crowd at Kaleidoscope at Russborough in late June, so our inter-generational band is a perfect match for the family friendly ethos of Electric Picnic!" 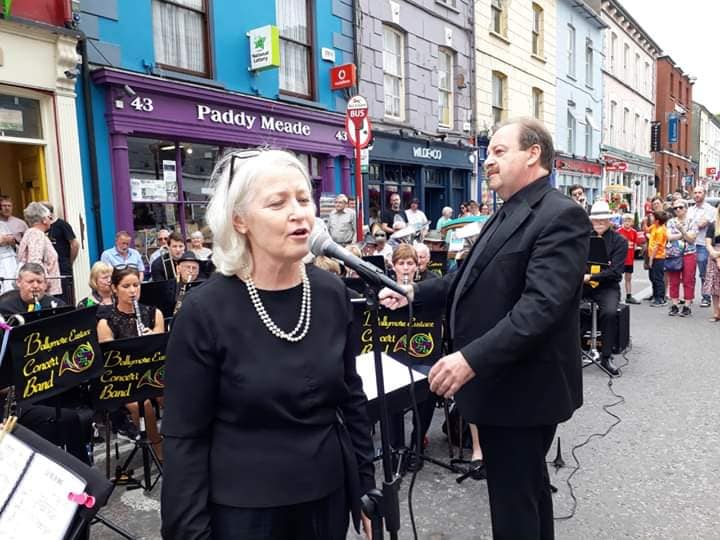 Jean McClintock, soprano, and Jon Clifford conducting the band as they performed on the streets of Clonakilty during the South of Ireland Band competitions

And what will be band be playing on the day: "Eclectic, lots of jazz and swing....Herbie Hancock, Duke Ellington, Gershwin, some pop music and plenty of well known numbers from movies and musicals" added Eimear.

And they'll be in good company with Florence and the Machine, The Strokes, Hozier and some top leading bands entertaining over the three days. Electric Picinic runs from Friday, 30 August to Sunday, September 1 and is hosted in Stradbally, Co Laois.

"The band members are out buying tents as we speak!" laughed Eimear. See www.electricpicnic.ie for full line up.

The band has been building up a steady reputation and is now performing at leading events across the country. It's most recent performances were at Russborough for Kaleidoscope and the RHSI Garden Show and of course, at Punchestown Racecourse for National Hunt Festival.

Sunday next August 11 at Hollywood Fair, from 1-2pm