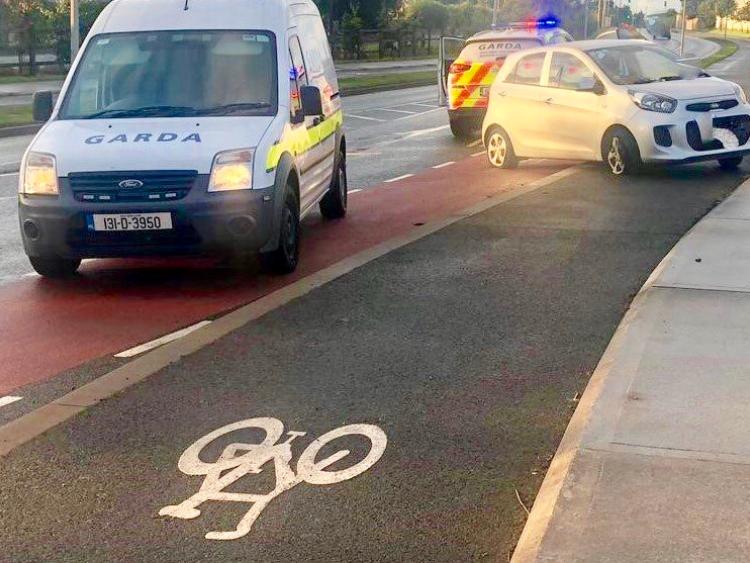 The driver appeared to be drinking and driving before veering off the road across a cycle path and mounting a footpath.

A small bottle of rum was found beside the foot pedals in the vehicle.

The driver was later arrested for drink driving and will appear in court in coming weeks.