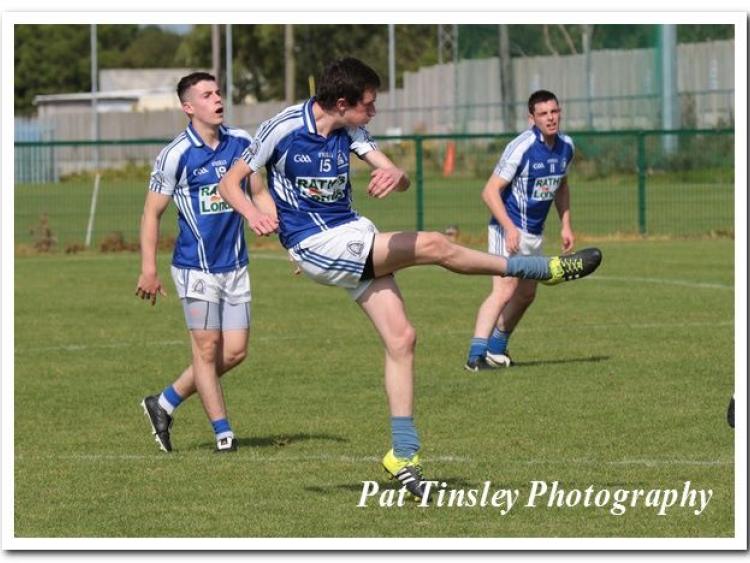 It only took one game for the first shock result in the Group Stages of the Joe Mallon Renault as Castledermot overcame Naas in St.Conleths Park.

Castledermot’s organisation and discipline proved a real obstacle for Naas and on the day they were unable to overcome it as Damien Hendy’s side made the ideal start to Group 2.

Castledermot went close last year when only going down by three points to the same opposition but this time they made no mistake with Gavin Keating top scoring with 0-6.

It was tight all the way through but Castledermot did enough to creep themselves in front late on and despite being under severe pressure they stayed there and they are now in a very promising position.

Both teams came into the game in confident mood after winning the Division 1 and 2 League Titles respectively.

Naas defeated Carbury in the top tier decider but changed a third of their team with the likes of Cathal Daly, Brian Stynes, Dean McHolmes, Paul Sullivan and David Gahan all coming into the side.

Despite being the opening game in the Group Stages of the Senior Football Championship the game was a real slow burner with the opening half proving to be a real tactical affair.

There was a real worry for Naas boss Niall Cronin straight from the throw-in as Eoin Doyle went down with a serious looking injury.

Thankfully for the County Town though Doyle recovered and he actually kicked the game’s opening point in the 3rd minute.

Castledermot are a good side though and are tough to break down and they were soon in front with quickfire points from Gavin Keating and Paddy Whelan.

Naas responded halfway through the half with a free from Luke Griffin but it was a period of football that was heavily dominated by the defences.

Gavin Keating edged Castledermot back in front a couple of minutes later but two excellent shots from distance by Darragh Kirwan gave Naas a 0-4 to 0-3 lead.

There was to be no separating the sides come the break though as an effort from Ailin McDermott was cancelled out by points from Castledermot by both Paddy Whelan and Anthony Lawlor.

Emmet O’Keefe kicked his opening point of the game in the 32nd minute to give the South Kildare side a 0-6 to 0-5 advantage.

Minutes later Darragh Kirwan was fortunate to get away with a yellow card in an incident with O’Keefe as Naas’s frustration was shown for everyone to see.

Conor McCarthy was then black carded with O’Keefe again involved and Gavin Keating duly knocked the resulting free between the posts.

Naas battled back with points from play by Eamonn Callaghan and Ailin McDermott levelling the game.

The League Champions then retook the lead as Brian Kane brilliantly stroked a shot over from range and the scene looked set for Naas to kick on.

The opposite occurred though with scores from Keating which brought his tally to five keeping the result in doubt after Darragh Kirwan with a peach of a score from the sideline deadlocked the sides for a seventh time.

Paraic Murphy with a close in free gave Castledermot a one point lead with five minutes to go on the clock but Naas had a glorious chance to at least level when Brian Stynes broke clear and although he had an overlap he adopted to go at it alone and he blazed his attempt well wide.

Goalkeeper Barry Reynolds also missed a late chance before Keating was again on the mark for Castledermot to double the advantage.

Naas still had a late opportunity but Eamonn Callaghan was denied by Shane Nolan as Castledermot held on for the surprise success.