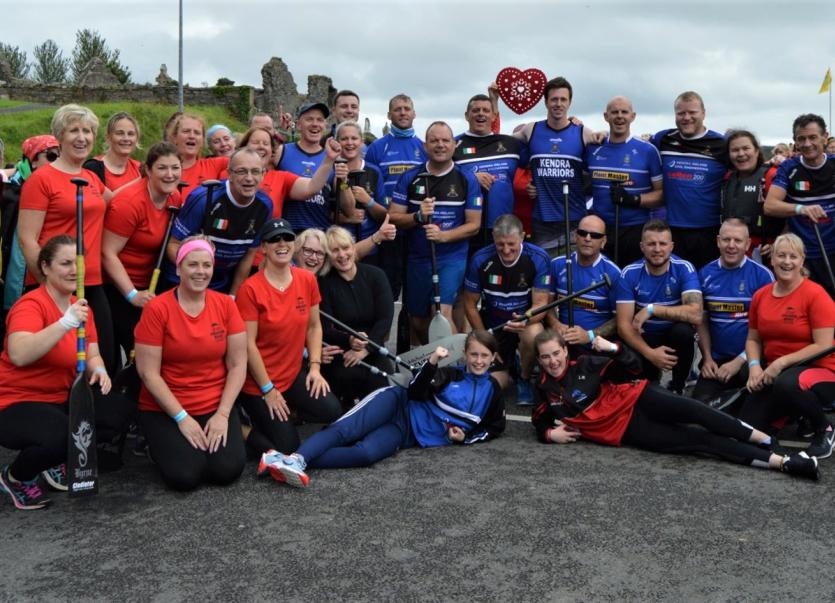 Kildare crews really showed their class at the Donegal Dragons Regatta, with Kendra Warriors coming out on top after a great day of racing.

Also bringing home silverware from Donegal on Saturday were clubmates Athy Dragon Hearts who finished second in the shield final.

Both crews were first time visitors to the Donegal Dragons Regatta which is now in its third year. They competed against 13 teams made up of dragon boat paddlers from Ireland, the UK, France, Australia and Canada.

Siobhan McNamara who is chairperson of host club Donegal Dragons said: “Both Kildare teams really embraced the spirit of the event, putting in a great day’s racing but also contributing to the warm atmosphere and the camaraderie that is a big part of our sport.”

The fast-paced 200m races, the  drummer beating time and the colourful boats with their ceremonial dragon heads and tails made for a very entertaining afternoon.

After all teams had completed three heats, their two fastest times combined to decide the three teams in each of two finals.

The first of these was the shield final. There was huge support for local team Donegal Dragons Inspire as they came home in first place. Close behind were Athy Dragon Hearts followed by Dublin's Plurabelle Paddlers in third.

The climax of the day was the cup final, contested between reigning champions Dublin Vikings, Kildare's Kendra Warriors and Kilkenny Aqua and Canoe Club (KACC).

Kendra Warriors were first home. The Vikings were next, with KACC finishing third.

Ms McNamara said: “Congratulations to both Kildare teams. We look forward to seeing you here in the north west again next year.”