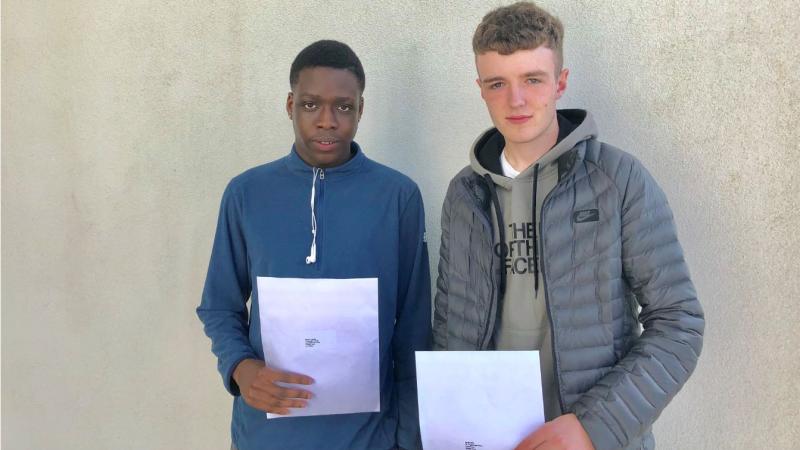 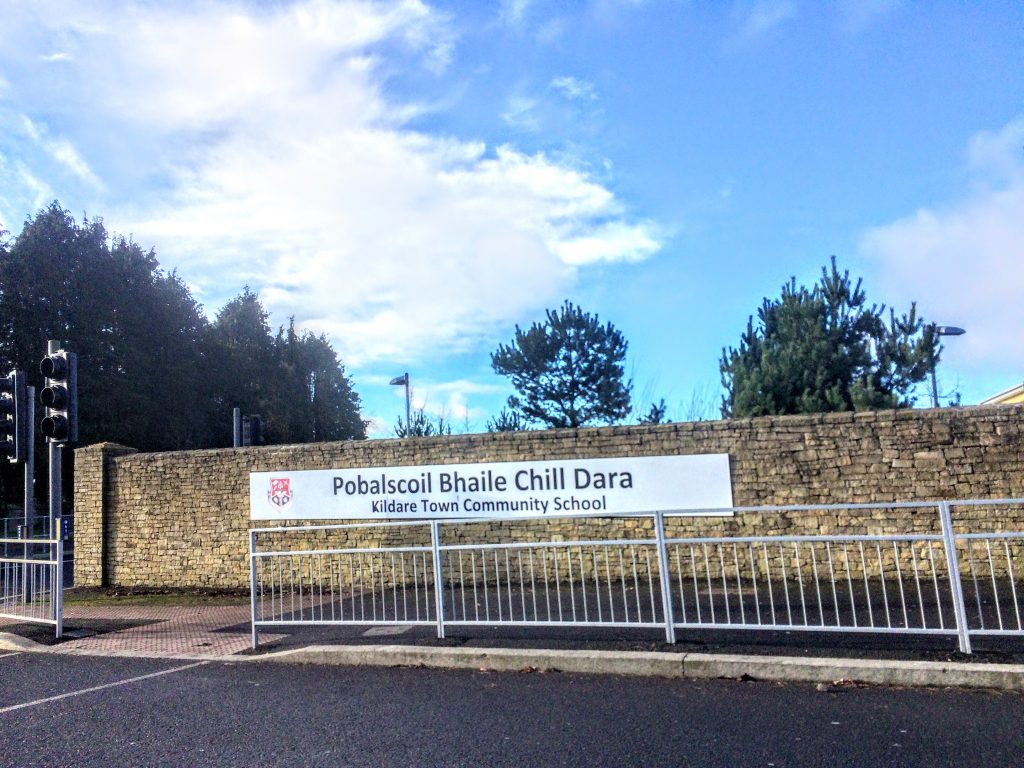 Students happily picked up their Leaving Cert results at Kildare Town Community School this morning - with many reaching their potential and there was also a number of exceptional results.

Principal John Hayes congratulated all the students and paid tribute to their hard work and also acknowledged the support of their parents and guardians.

Mr Hayes said: "Overall we have seen a number of exceptional results in STEM subjects - Science, Technology and Engineering.

"There was also a wide range of H1s and H2s in a number of subjects.

"There were 11 merits in the Leaving Cert Applied which is very good.

"Some Leaving Cert students will be on their way to some of the top universities and colleges in the country.

"Others went down the vocational route with apprenticeships such as in Cheffing and Plumbing etc.

"We wish them all the very bust in their future endeavours."

Deputy Principal Jenny O'Halloran said it was 'humbling' for her to see how the students had grown and developed since they started as First Years.

Ms O'Halloran also said that the students had been expertly helped with their course choices by the school's Guidance Counsellor.

Students, some with family members, came and went all morning collecting their results.

Student Jordan Mills (17) said he was happy with his Leaving Cert results to get an electrician apprenticeship.

He said: "It's for four years but you get paid as you go along so it's good. "

Jordan's pal Roland Adedeji (18) said he still had his unopened results in his hand and added: "I'll wait until I get home!"

Roland is hoping to study Marketing and Business in Carlow IT.

Another student Amy Price (18) was also satisfied with her results and will be enrolling in a PLC in Carlow for Make-Up Artistry.

Her friend Taylor Philips (17) will use her points to study Business and IT in Newbridge.

Dylan Merrins (18) said he was happy enough with his grades and is on his way study to become a chef course in Athlone IT.

Kristina Nejezchlebova said she is 50 points over the total she needed to study Analytical Chemistry.

Josh Casey will use his results to study Law, Security and Criminal Studies  in Newbridge.

Kildare Town Community School is a multi-denominational, co-educational post primary school under the joint trusteeship of Kildare & Wicklow Educational and Training Board and the Diocese of Kildare and Leighlin.

It has a current pupil population of approximately 890 pupils and a staff of over 80 people.