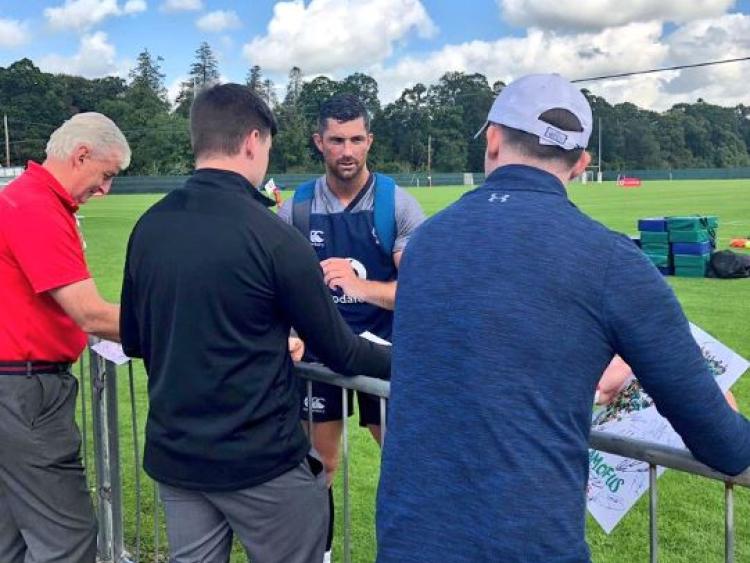 The antics of Maura and Greg and fellow contestants on Love Island reality TV series captivated the nation for several weeks.

And Irish rugby stars currently in a training camp at Carton House in Maynooth couldn't escape the frenzy.

Former caption Peter O'Mahony said that players would scatter from team meetings every evening before 9pm so they would be in time to catch the series.

O'Mahony told RTE Sport: "There's a lot more fellahs around after 9 o'clock since Love Island has finished to be honest."There was only one or two of us left who were the last stragglers after 9 o'clock in the team room - it was desert land. There's a few heads peeking back out now. That's put to bed now for another few months."A 43-man panel will be whittled down to 31 players who travel to Japan for the World Cup. Ireland head for an eight-day warm-weather training camp in Portugal on Wednesday before facing England at Twickenham on Saturday week. O'Mahony talked up the spirit and camaraderie in the camp at Carton House. He said: "We'd have an early session before breakfast. It wouldn't be very long but it'd be just to get you going, get you moving. Then you might have a pitch session, a bit of rugby followed by a bit of speed or power work afterwards and then you'd have a big gym session after lunch, and then you'd have your meetings and all the other stuff that goes along with being in camp."Our days are fairly full and long but I speak on behalf of everyone when I say they've been incredibly enjoyable. We've got on really well and guys have enjoyed training with each other. There's been great craic and morale around the place."It helps massively when you're with guys who you enjoy their company. I love driving in the gates. We've great craic."There's times when everyone finds it hard. Training is hard, there's no two ways about it. We've been in there a long time."