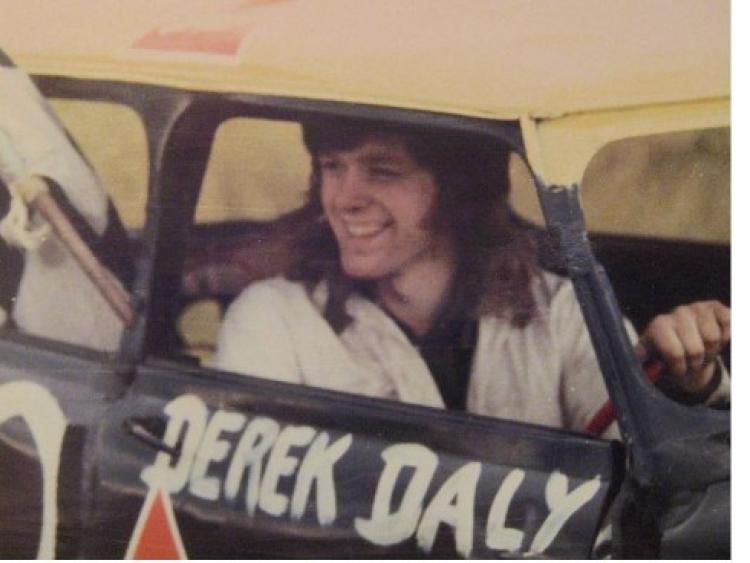 Derek Daly in his heyday

One of Ireland’s greatest motor racing drivers is returning home this week to advise aspiring young drivers on how to build a successful career in the sport.

Originally from Dublin, Derek Daly drove in Formula One for the Hesketh, Tyrrell, March, Theodore and Williams teams between 1978 and 1982, before moving to the United States and competing in Indycar and IMSA Sports Cars until 1992.

In 1984, he defied death in one of the worst Indycar crashes ever seen and endured 14 surgeries and three years of therapy before returning to full time racing in 1987. Since retiring, Derek has become a much-loved motorsport commentator on ESPN, Fox Sports and NBC Sports in the US.

Derek will be part of the Mondello Park Historic Festival race meeting this Saturday (17th August) where he will be hosting a seminar in association with Motorsport Ireland entitled; What if It’s You?

He will share his vast experience in the international motorsport circuit to help young drivers and their families map out a plan to progress in professional motorsport.  Attendees will get an acute understanding of the challenges and opportunities they can expect to face when transitioning from grassroots racing to the professional ranks.

Derek Daly said: “I’m delighted to be back in Mondello Park and to share my personal insights with young drivers aspiring to compete professionally in motorsports. I understand the challenges they face and am hopeful my seminar can help manage the daunting transitioning from grassroots racing to the professional ranks.”

Derek’s own story of success is in itself remarkable. He funded his early motorsport career by laboring in the iron ore mines of Australia in 1973 and spent some time living in a school bus in 1976 before making his breakthrough. He won the British Formula Ford Festival and the British Formula Three championship on his way to finishing 10th in the Formula One World Championship in 1980. In 1983, Derek made his first of six starts at the Indianapolis 500. He also raced at the Le Mans 24-hour race in France and won the prestigious Sebring 12-hour endurance in 1990. Just for good measure, he won it again in 1991. Derek retired from competing in 1992.

In 2010 he was inducted into the Sebring International Raceway Hall of Fame.

The Mondello Historic festival will take place on the 17th and 18th August.

The festival will pay tribute to 60 years of MINI which will include Classic MINI Racing and demonstration laps. As part of the weekends activities visitors will experience not only historic racing cars but will be entertained with music, period dress, classic air displays and of course, motorsport. Alongside the track activities there will be displays of Classic Cars, Motorcycles and Classic Planes, with the Mondello Park Museum of Motorsport also open to visitors, allowing free access to this unique collection of rare machinery.