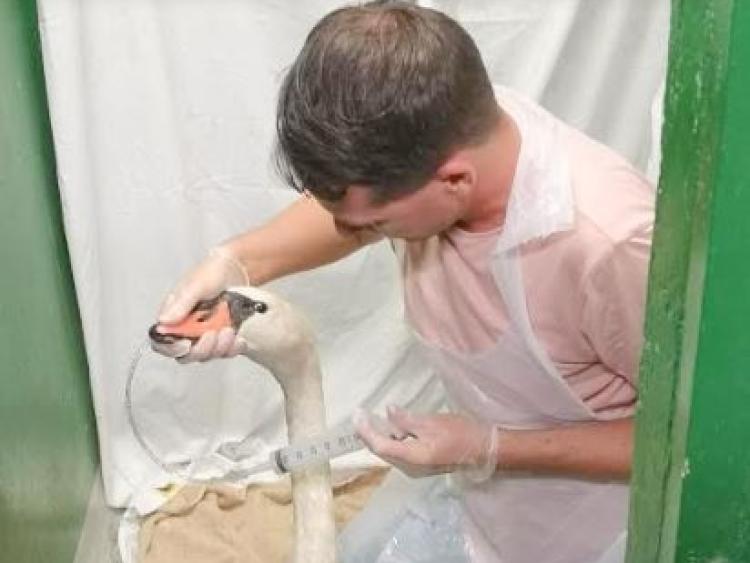 Seven swans were brought to the Kildare sanctuary to be cleaned

Seven swans are being cared for by the Kildare Animal Foundation’s Wildlife Unit outside Kildare Town following an incident of oil pollution in the Riveer Shannon south of Athlone last weekend, which has killed cormorants and fish.

The incident initially affected the Al River, a tributary of the Shannon in Athlone-Moate municipal district.

The local authority deployed a boom there, where the spill is believed to have occurred, in an effort to contain the oil.

A number of birds including other cormorants and cygnets were removed from the river by Athlone Society for the Protection of Cruelty to Animals, and washed in an effort to keep them alive.

Meanwhile, some birds were brought to the Kildare Animal Foundation's Wildlife Unit for special cleaning.

Dan Donoher of the Wildlife Unit in Kildare said: “The situation is still ongoing.

"We currently have 7 swans from the spill but the potential of 50 more needing treatment and rehab in the coming days and weeks.

"There is no clean up on the river yet which is adding the devastation." 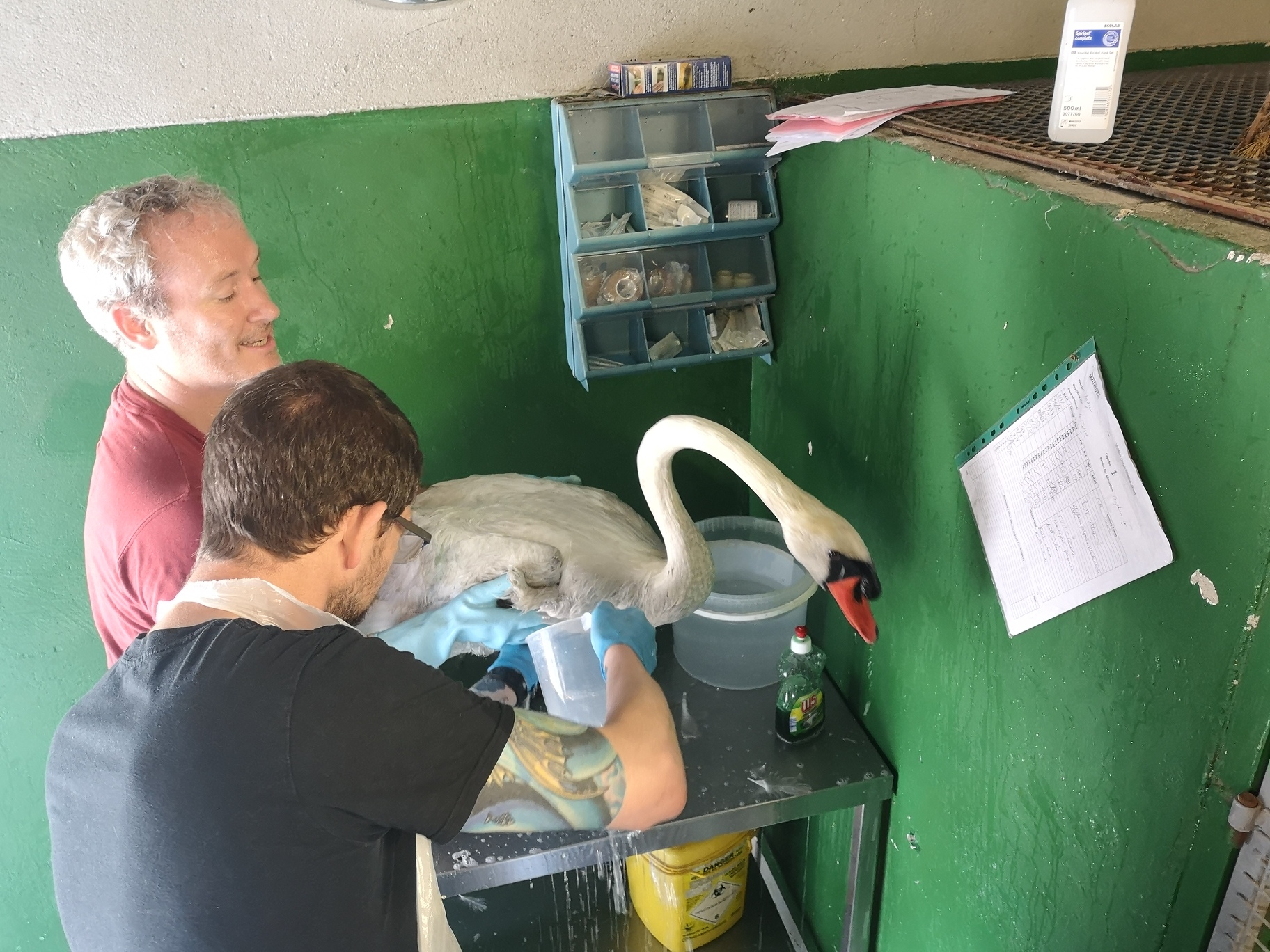 Volunteers at the Kildare sanctuary have cleaned the birds, saving their lives following the river pollution incident in Athlone last weekend 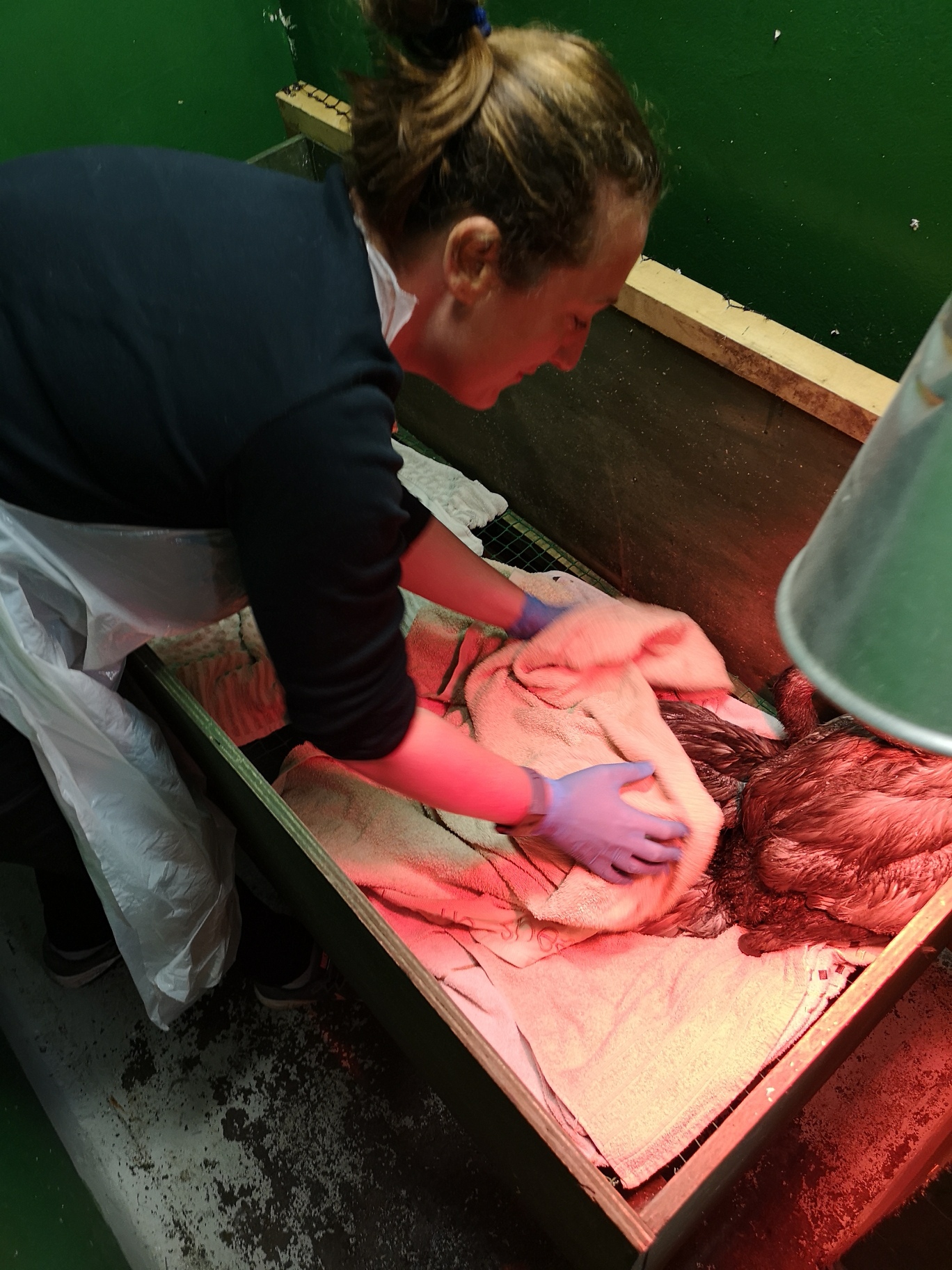 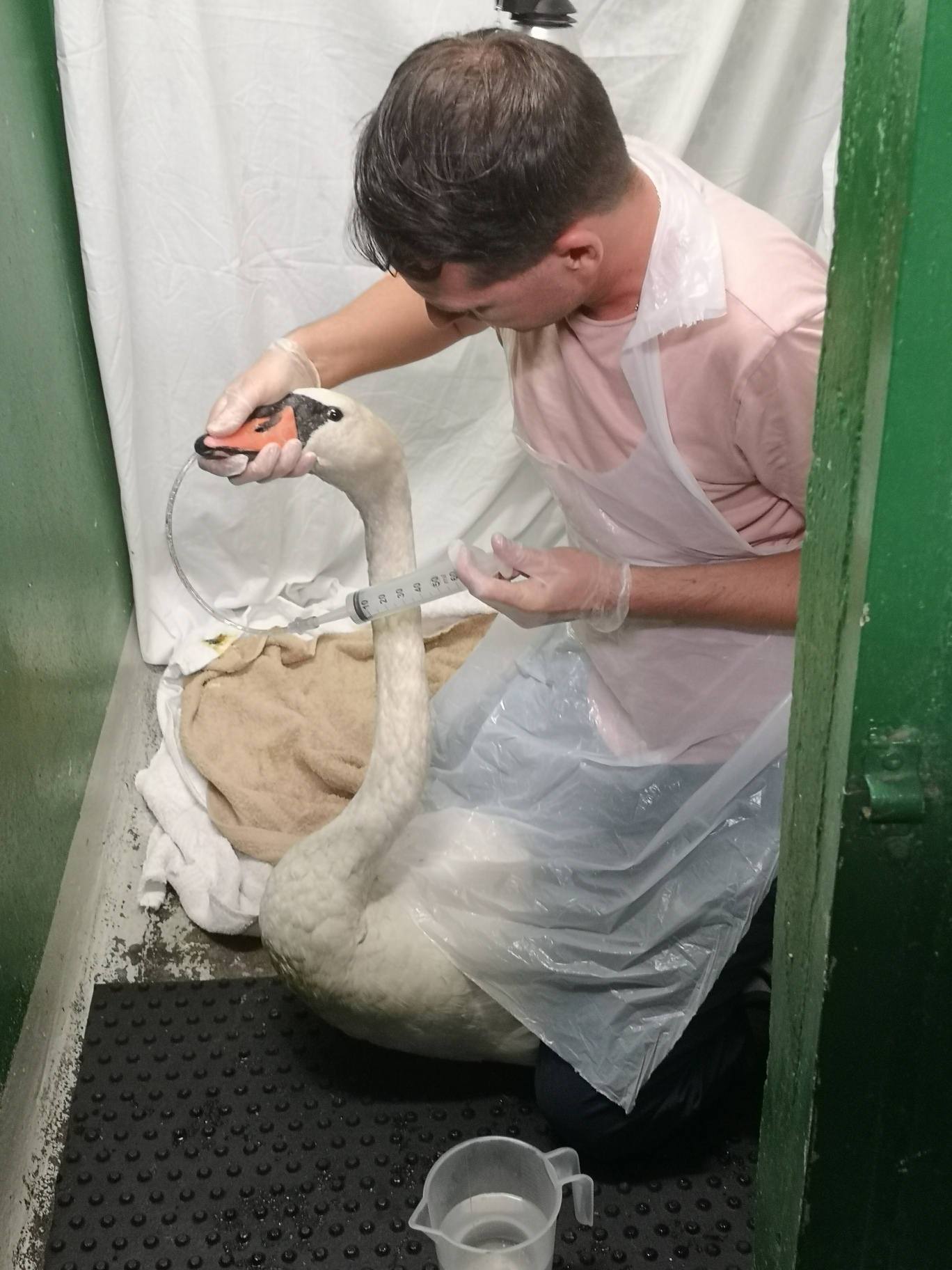 Dogs who entered the river since Saturday also had to be cleaned.

Welfare officers told Midlands 103 radio that the oil spill in the river Shannon was very serious and it would be a difficult operation to remove it.

Their difficulties were added to by windy weather over the weekend which had broken up the oil slick.

As a consequence, oil had sunk to the bottom of the river where it caused more damage.

The oil pollution is being investigated by Westmeath County Council.