Winners of the 'Win a North Kildare House' competition move into new home in Derrinturn! 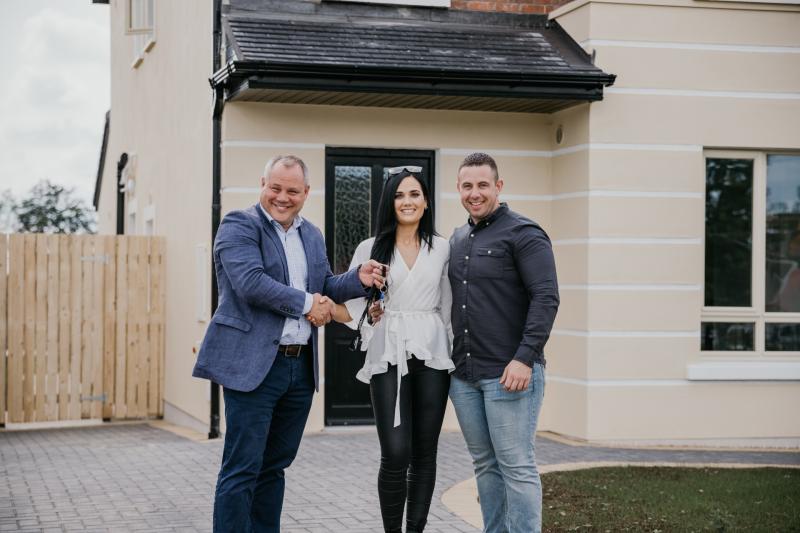 Since their win, they have been working closely with builders Landport Estates, to finish the house to their specifications - choosing tiles, flooring and finishes.

Aoife commented on the process: "The house is finished to a really high standard and the builders thought about everything we could possibly need. We would like to thank Eugene, Robert and all the builders involved for helping us with everything, as you can imagine, it was a bit overwhelming."

The Celbridge based couple were within the first 100 people to buy a ticket when the competition was launched in February 2019.

Aoife said she had forgotten she’d even bought the ticket when the competition committee informed her of the win. It took a couple of days to get a hold of the couple, who had been at a weekend festival, to tell them the fantastic news that they had won a house for a €100.

"We are still in shock about the win, and it really is life changing. We never thought it would happen to us. It’s the best €100 we ever spent. We are really enjoying making the house into our home,"she said.

Landport Estates have recently launched the third phase of Cluain Dara Estate and Aoife and James’ house, number 44, is located within this phase of development.

They were delighted with the house and the finishes, Aoife told us: "The house is finished to a really high standard and the builders thought about everything we could possibly need. The rooms are spacious and the house is really well designed. All the builders will help you out in any way they can. "

One of the more successful “Win A House” competitions in Ireland, the Win North Kildare House competition was launched and closed within 3 months. All 6000 tickets sold and the three County Kildare based GAA clubs collectively raised €300,000.

"We’re delighted we could put forward the house at Cluain Dara and involve the Carbury club in this opportunity to raise a substantial amount of money for each club. We’re very much look forward to seeing all the future sports stars in the respective clubs benefiting from the developments the draw funds are providing.”

The competition was unusual that it offered a cash prize alternative of €250,000. However, the competition organisers were delighted to discover that Aoife and James had no intention of claiming the cash and wanted to move into the house as soon as possible. 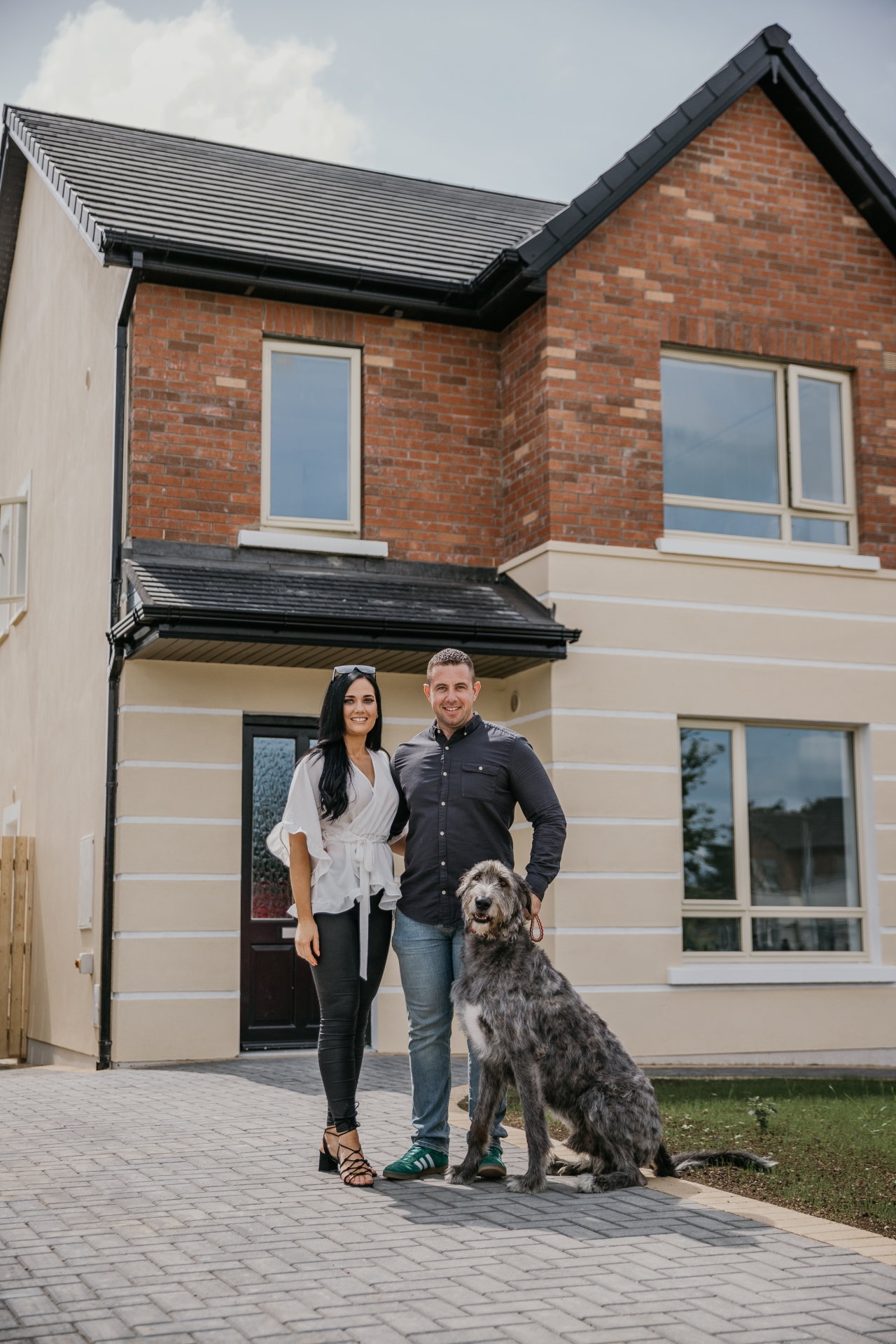 Aoife and James have now settled into their brand new house and love the surrounding area.

Cluain Dara Estate, Derrinturn is located approximately 30 miles from Dublin nestled between
Edenderry and Access to the M4 at Enfield.

James says of the locality: "Derrinturn is perfect. The people in the community are very welcoming and friendly."