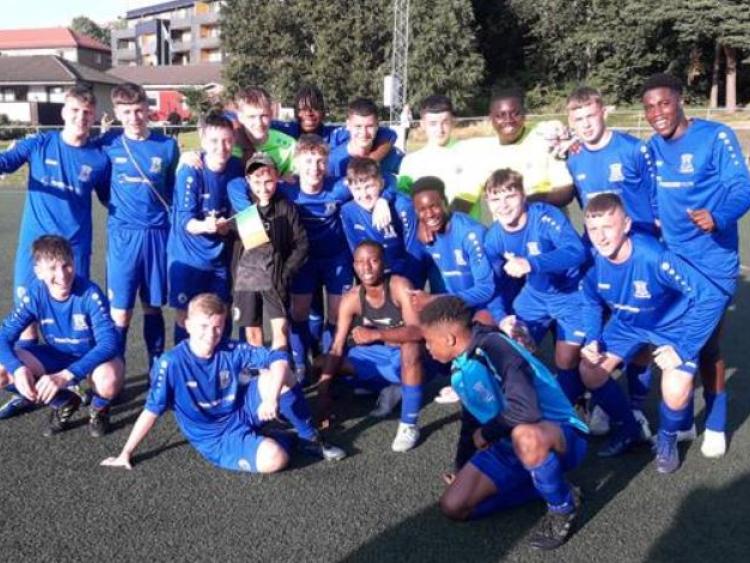 Newbridge U16s after winning the play off to reach the last 32 of Sweden's Gothia Cup, the World Youth Cup for soccer

Newbridge Town U16s Soccer Club is the pride of Co Kildare following their recent participation in the World Youth Cup, 'The Gothia Cup' in Sweden.

The squad, coached and managed by Desy Bulmer with assistance from John Donohue and Mark Hughes, represented their county and country amongst some 75 other nations. Captained by Joey Commane, the team did spectacularly well winning several of their matches and ended up playing in the A finals.

The leaders got to sit with Academy coaches from Jack Wilshire, Lyon, SV Hamburg and AIK Stockholm with scouts from Bayern, Man City, in the greatest week of football any of them have ever experienced. 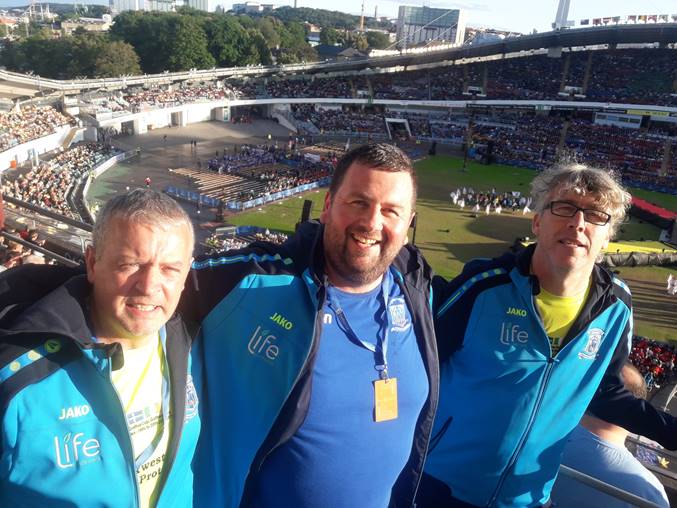 “I’d recommend this trip to all teams, all levels. You’ll find your way in the A or B finals but the spectacle and the challenge is as close to the real thing ” said Desy Balmer, adding “The lads will never forget this adventure”.

"On behalf of the team, I want to express sincere thanks to Sean Hall and Manguard Plus. Without his generosity and advice, this trip may not have happened. This was an experience to remember for all and the boys did the club, the county and their sponsors proud."

Club Secretary, Peter Whyte added “The ambition and effort that this team has put in is a credit to the players, their coaches and the families, and in our 50th year a real positive sign of the future. Desy and Mark and the boys deserve a lot of credit for putting Newbridge Town and Kildare football on a global map”. 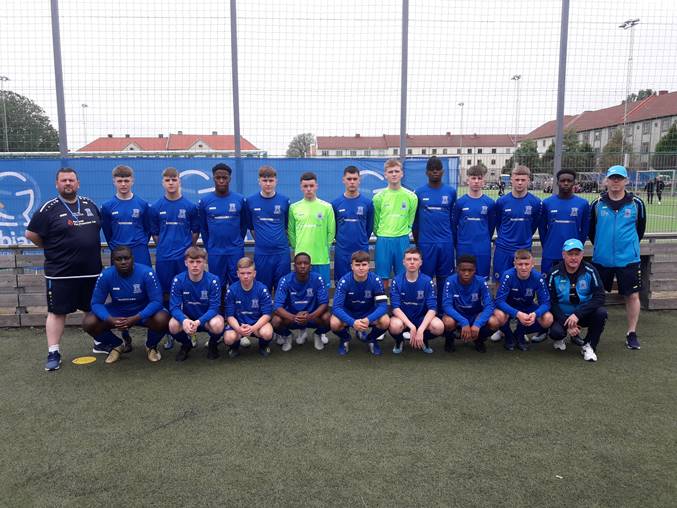 Newbridge Town U16 soccer team which competed in the Sweden

Sean Hall, MD of ‘Manguard Plus’, one of the headline sponsors of the team commended them for their hard work, dedication and huge talent saying “The Newbridge Town Under 16s have reason to be so happy with their participation at the prestigious games. They did incredibly well and will go far. They are a young side who give it their all and they are a credit to their sport; Newbridge should be very proud of them”.

Manguard Plus is the largest Irish owned private security firm in the country. Founded in 1996, it now employs some 1,200 people from offices in Naas, Cork, Waterford and Belfast. It also has offices in London and Chester in England. Manguard Plus is very active in its local community, sponsoring the ‘Manguard Plus GAA Centre of Excellence’ in Hawkfield in Newbridge Co Kildare, signing a five-year contract with the GAA in 2018 in a deal worth circa €200,000 to the GAA.