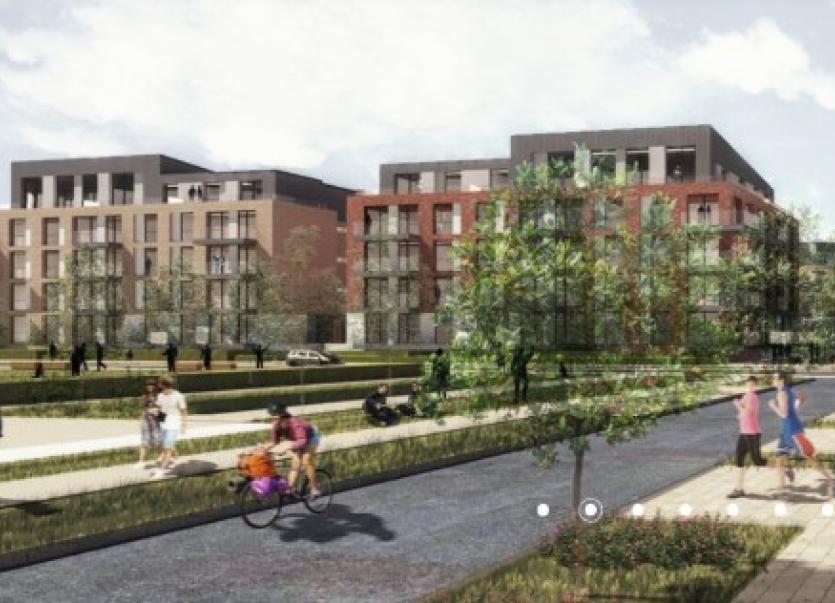 Mayor of Kildare Cllr Suzanne Doyle has called a public meeting in Kildare Town to consider a massive development for the former Magee Barracks site.

Planning permission has been applied for 375 homes, three shops, a café and creche in an 11 hectare site.

Locals in Kildare Town previously crowd-funded to pay for professional fees to lodge an objection to other scaled-down proposals for the same site which were rejected by planners.

The public meeting is being held at 8pm in Educate Together School Hall on this Thursday.

The proposed development will consist of the demolition of 17 existing buildings (including a range of former Barracks buildings, the Officers’ Mess building and Water Tower structure).

Being planned are 375 residential units, a neighbourhood centre comprising of retail units, a café (including gallery / exhibition area at mezzanine level), a two-storey childcare facility and associated play area.