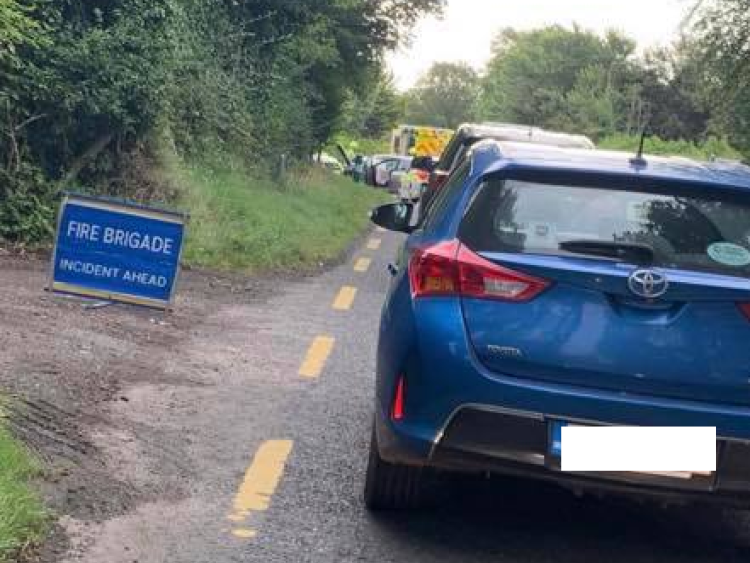 Delays at the collision. Photo: Leinster Checkpoints on Facebook.

There were long delays on the R413 earlier between Kilcullen and Junction 12 of the M7.

A collision occurred at Kinneagh Cross, where four roads intersect.

At least two vehicles were involved.

A number of accidents or near-misses have occurred at this location.

In October 2017, a motorbike was involved in a collision with a car (below). 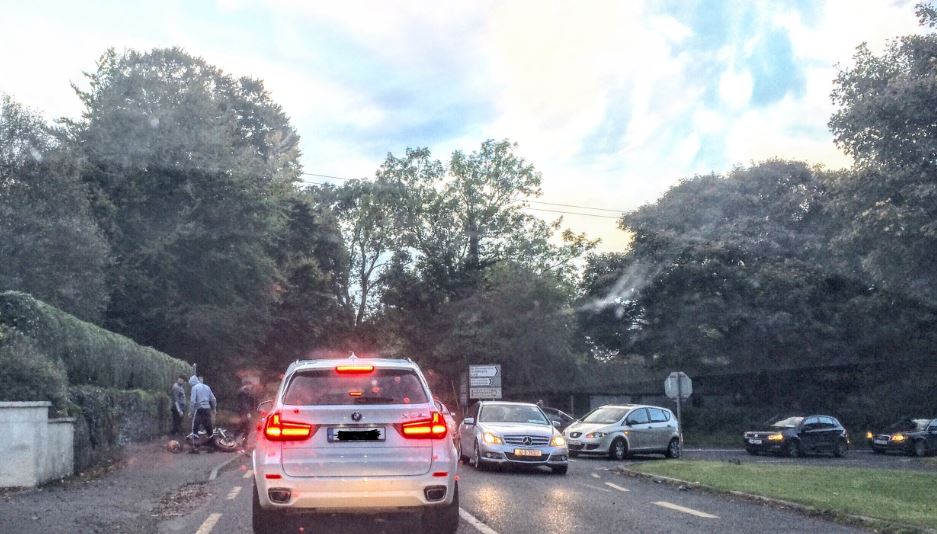 In February 2018, then Cllr Mark Lynch said Kinneagh Cross was unsafe for road users and called for Council action on the issue.