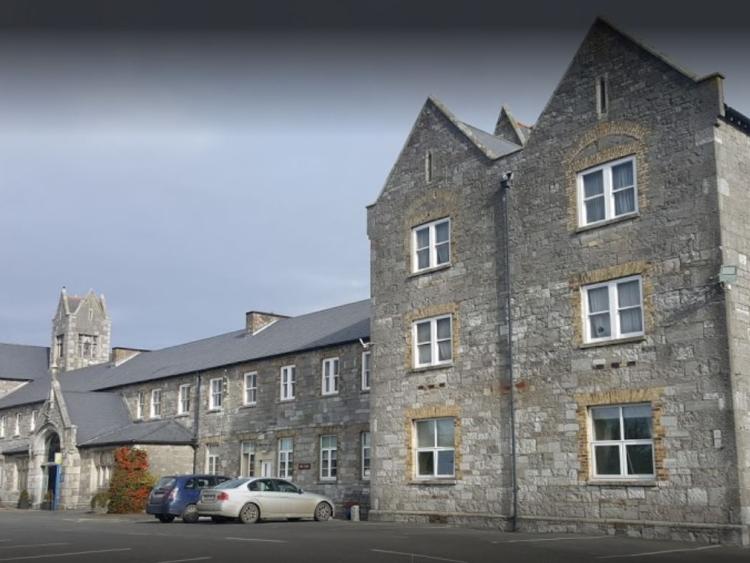 Long-lost relatives have paid an emotional visit to the former Athy Workhouse where two of their ancestors died.

Dubliner David Morgan was tracing his family roots on Ancestry.com when he encountered a distant relative living in Massachusetts in the US.

Ann Vasil visited Ireland earlier this month and she and David travelled to the former Athy Workhouse on Woodstock Street, which is now St Vincent’s Hospital.

Their common ancestors Bernard Hyland and Ann Kavanagh both died in the workhouse over 100 years ago. 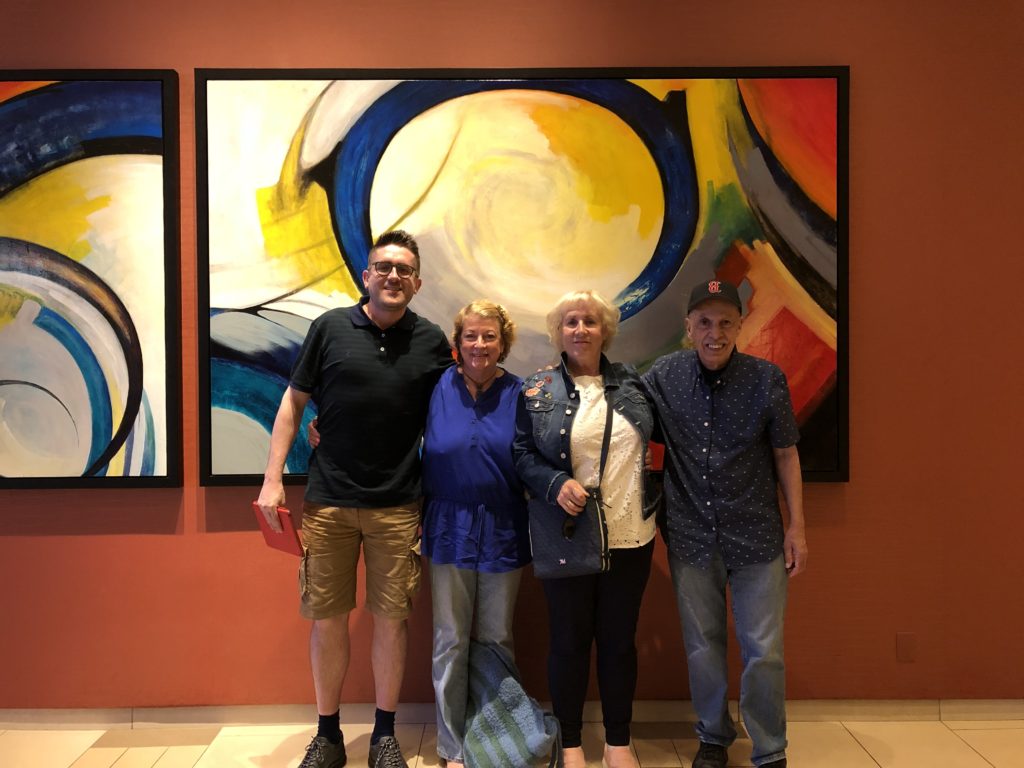 David (above left) and his mother Bernadette accompanied Ann on the poignant journey alongside her husband Paul and their daughter Taylor Marie.

David took his US visitors on a tour of historical places around Ireland before making the journey to Athy.
He explained: “We had a great time, we spent the weekend in Waterford and did the viking tour.
“Then I later showed them some of the sites in Dublin like Glasnevin Cemetery, Dublin Castle and the Guinness tour.
“On the last day we went to Athy for the Hyland connection. Ann’s second great grandparents are our common ancestors Bernard Hyland and Ann Kavanagh. We visited the Athy Workhouse where both of them died.”
The former Athy workhouse was opened on January 9, 1844 and designed by George Wilkinson.

Plaques erected by Athy Town Council on the piers of the current St Vincent’s Hospital mark the historical site.
A sculpture, Famine Family, sits in the grounds to commemorate the link with the Great Famine.
A total of 163 workhouses, known for their harsh and disciplined environment, were built in Ireland and operated from the 1840s to the 1920s.
Entire families had to enter the workhouse together and were split up into separate quarters, sometimes never to see each other again.
Children aged two or younger could stay with their mothers, but young and old were expected to work.
In return, the ‘inmates’ received enough food to survive.

David said: “Our common ancestors are Bernard Hyland and Ann Kavanagh both were from Athy and died in the workhouse.”
Ann died in 1880 while Bernard passed away 22 years later in 1902."
David continued: “Ann’s great grandfather John Hyland emigrated from Athy to the US in 1882 and that’s how her family started.”
According to David, Ann’s father George was in the US Navy in World War 2 and in 2002 was decorated by the government of France.
Ann’s great uncle George was an immigration official and was also in the Navy.

A newspaper report said 120 American veterans including George were decorated for their roles as crewman on cruisers USS Quincy and LST 345.

Both ships were heavily involved in the D-Day landings on June 6, 1944.

The award was presented by the government on France on the French aircraft carrier Jeanne D'Arc and was held in Black Falcon Pier in Boston.

He was a fire patrol man in the Emigration Department and his job took him all over South America and parts of Europe.

He was also in the Navy in World War 2.

David Morgan is also appealing for any further information on the history of the Hylands in Athy which may help him add more detail to his varied family tree.