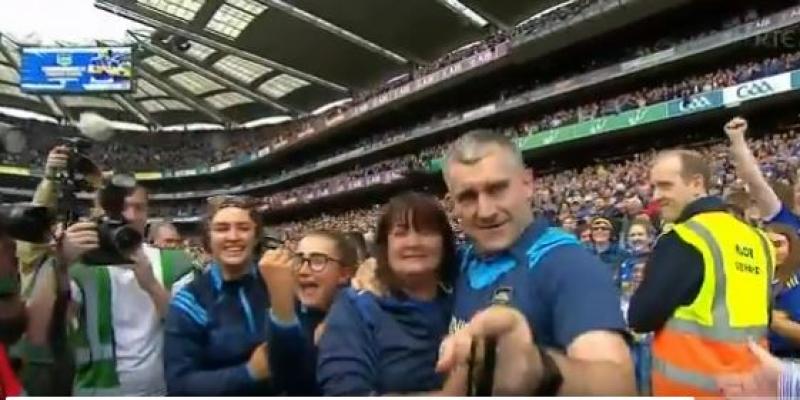 Liam Sheedy celebrating with his family in Croke Park

Victorious Tipperary hurling manager Liam Sheedy made the time to reach out to another hurling family who were grieving a tragic death this week.

Former Kildare senior hurling manager John Reidy, who had made his home in Clane, passed away on Friday last.

Sheedy returned home with the Tipperary team to Thurles for a triumphant homecoming.

However the next day he contacted family members of John Reidy to express his condolences.

John was heavily involved in the development of hurling in Kildare over many decades.

John, who lived in Moate Commons was a native of Carrigatoher in Nenagh.

He died suddenly at Naas Hospital and is deeply regretted by his loving and heartbroken wife Catherine, adored son Paudie and daughter Emma.