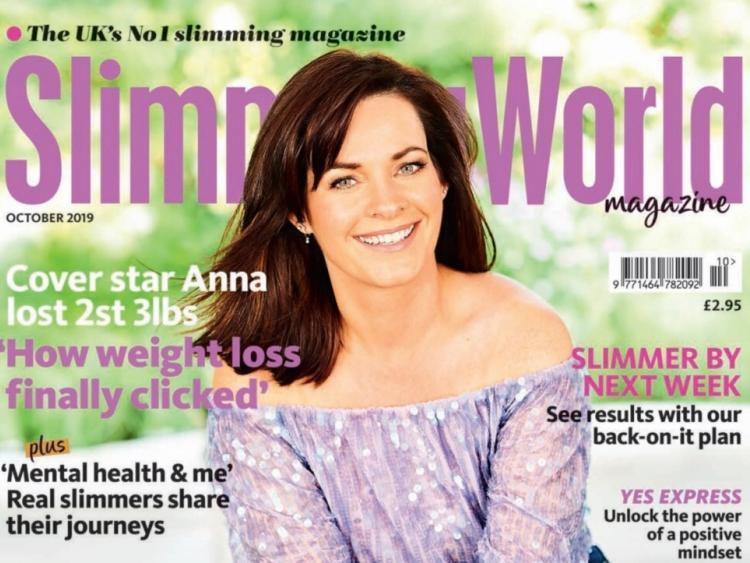 Kildare native Anna Watson is featured on the cover of the latest edition of UK magazine, Slimming World.
Anna said: “I had been trying and failing and yo-yo dieting for almost ten years.
”I saw a picture of myself last summer and decided to kick into action.
“I joined Tracey's Slimming World group in Milltown last August and gave myself a deadline of Christmas to lose 2 stone.
“I managed to loose 2 stone 3lbs in just 15 weeks and I've kept it off ever since.
“I was contacted by Slimming World in the UK to feature my story in their magazine.
“I flew over in June for a photo shoot. It was an amazing experience.
“I'm one of the first ever Irish girls on the front of this magazine which has a huge readership in both the UK and Ireland.
“It's a great honour to be representing Ireland and Co Kildare!”