Average of 50 cars seized every week from unaccompanied L drivers 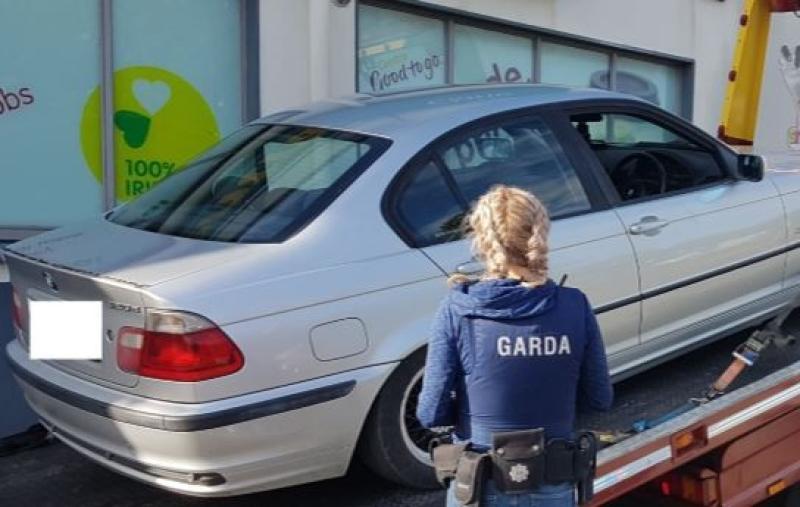 File Photo: A car being seized by Gardaí

Over 1,600 cars or an average of around 50 every week have been impounded from unaccompanied learner drivers since new legislation was introduced in December.

According to the Clancy Law, those on learner permits are required to have a qualified driver accompanying them at all times.

Car owners who allow learner drivers to use their car while unaccompanied are liable to fines of up to €1,000 and up to six months in prison, and could also have their vehicles seized.

New Garda figures show that 2,311 people have received penalty points and fines since the start of the year for not displaying 'L' plates.

The data was released today as part of a new campaign aimed at encouraging long-term learner permit holders to sit a driving test and to ensure compliance with learner driver regulations.

Since December 21 last, it is an offence for the owner of a vehicle to knowingly allow an unaccompanied learner or an unlicensed person to drive his or her vehicle.

The measure was introduced under the Clancy Amendment, named after Cork mother and daughter Geraldine and Louise Clancy who died in a collision with an unaccompanied learner driver in December 2015.

The Road Safety Authority said there are 41,316 people on their fourth or more learner permit for a car or B category licence.

Some 8,663 of those drivers are on their tenth or successive learner permit.

The Chief Executive of the RSA, Moyagh Murdock, said: "The practice of people continuing to drive on learner permits without ever taking a test is unacceptable and unnecessary in today’s circumstances".

"While we have seen an 11% decrease in the number of people holding a fourth or more learner permit this year, it’s simply not enough".

Ms Murdock also said that passing a driving test could mean lower insurance costs in the order of 20-30% and make motorists  safer drivers.

Chief Superintendent Paul Cleary, from the Garda National Roads Policing Bureau, said the campaign "is about making the roads safer for all road users".

He said: "Learner permit holders need to get the message that the learner permit is not a full licence and that they must be accompanied while driving by a fully qualified driver".

"They also must have 'L' plates on display at all times, otherwise they risk penalty points, a fine and the car being impounded," he added.

Chief Superintendent Cleary said: "If the owner of a vehicle has knowingly allowed a learner permit holder to drive unaccompanied, those owners may also face prosecution".

The RSA said the average waiting time for a driving test nationally is now just over six weeks.

A new website has been established - passthetest.ie - to assist learner permit holders where information can be found on how to access the driving test service and to prepare for the test.