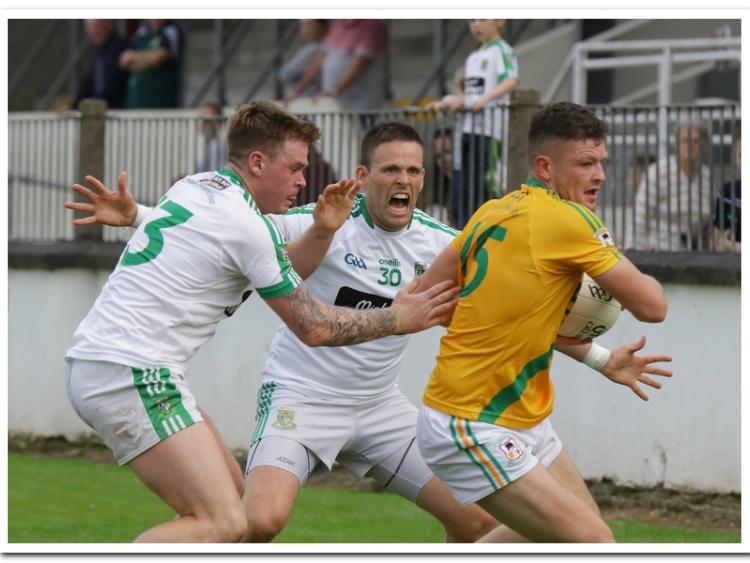 After uncharacteristically going down to back to back defeats Moorefield got their year back on a level footing with victory over a gallant Two Mile House side in St.Conleths Park on Saturday evening.

With Eanna O’Connor and James Murray both sitting out the game Ross Glavin had to change up his team by giving Eamonn Callaghan his first Championship start as he finished with three points while Niall Hurley Lynch also returned to something like his old self with five points from play.

If anything the scoreboard may have been a bit unkind to Two Mile House as they were hugely competitive in defeat with just a late penalty from Mark McDermott pushing the Moores ahead.

Moorefield weren’t showing any ill effects from their previous performances as they went 0-5 to 0-1 clear after ten minutes with points from Eddie Heavey and Niall Hurley Lynch registering and while Chris Healy hit back for the House, Hurley Lynch, Adam Tyrrell and Ronan Sweeney soon struck again.

Matthew Kelly and Aidan Casey added on scores for Two Mile House but Moorefield always had an answer during that period with Eamonn Callaghan landing two fine points from play before Tyrrell and Hurley Lynch made it a six point game.

To their immense credit though Two Mile House roared back into the game with six points in a row between the 23rd and 29th minutes to level up the game.

Tony O’Connor and Niall Browne produced a brace of efforts with Casey and Caomhan Doolan also getting on the scoreboard.

That brought the teams level at 0-9 apiece but Moorefield soon wrestled back control with a point from Hurley Lynch followed by a goal from Ronan Sweeney.

Chris Healy then kicked the last point of the half for Two Mile House as Moorefield took a three point lead into the break after an end to end half of football.

Tyrrell and Sweeney extended the advantage at the start of the second half for the Moores and while Peter Kelly reduced the gap to four, the Newbridge side soon kicked on again with points from Callaghan, Hurley Lynch, Eddie Heavey and Aaron Masterson pushing them into a 1-16 to 0-12 lead.

The game looked to be creeping away from Two Mile House but in the 49th minute they had a lifeline with sub Gavin Burke latching onto a pass from Peter Kelly to round Tom Kinsella and find the net.

Tony O’Connor had a shot brilliantly saved by Kinsella just before that goal with Aidan Casey pointing moments earlier to leave just four points between the sides.

Moorefield replied via Tyrrell, Eoin O’Connor and Mark McDermott but Two Mile House were being real plucky underdogs as Healy, Casey and Browne kept them in touch.

It was a game full of goal chances that saw Niall Hurley Lynch and Gavin Burke going close for their sides and the result was eventually put to bed in stoppage time when Moorefeld’s Mark McDermott converted a late penalty after Hurley Lynch was originally fouled.