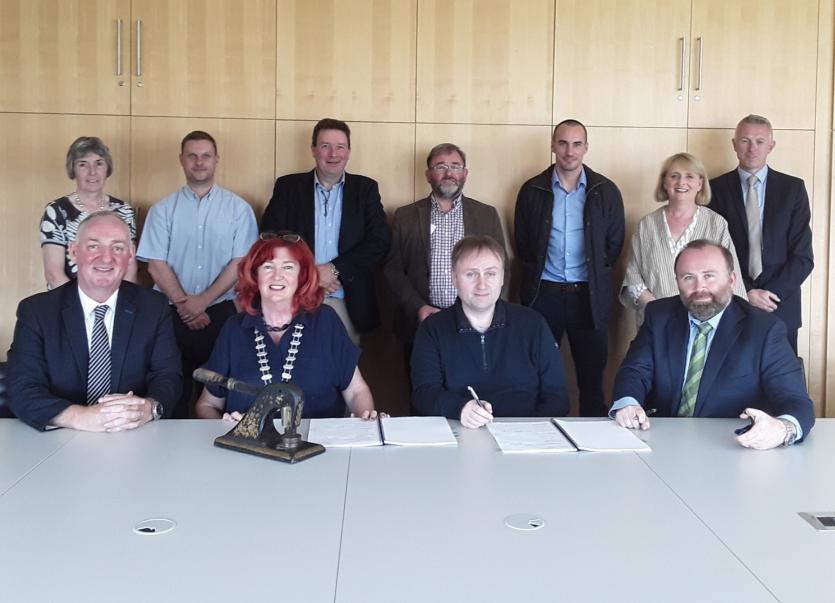 Signing of the contact with Coffey Construction Ltd on Monday at Aras Chill Dara, Naas

Yesterday saw the signing of the contacts between Kildare County Council and Coffey Contractors Ltd for remediation works at the L6048 Coughlanstown Road (Ballymore Eustace to Kilcullen road).

The road was officially closed in August 2016 – three years to the day on Sunday last, after a small hole appeared on the surface. Kildare County Council then identified a 'slope failure' along the road above the River Liffey and officially closed the road, in the interest of public safety

Initially, the reinstatement of the road was quoted as being in the region of €3-4m. Deputy Martin Heydon, Chair FG Parliamentary Party, welcomed the signing of the contract and thereafter, the commencement to carry out slope remediation works at Coughlanstown. Deputy Heydon met initially with residents in 2016 after a burst water main resulted in serious subsidence of the road foundation and adjacent river bank which forced the closure. Thereafter, he met with Kildare County Council and local residents every six months to keep the pressure on for restoration works, and to reinstate the road.

“While it has taken longer than expected” said Deputy Heydon, “I'm delighted that we are finally at the signing of the contracts.” 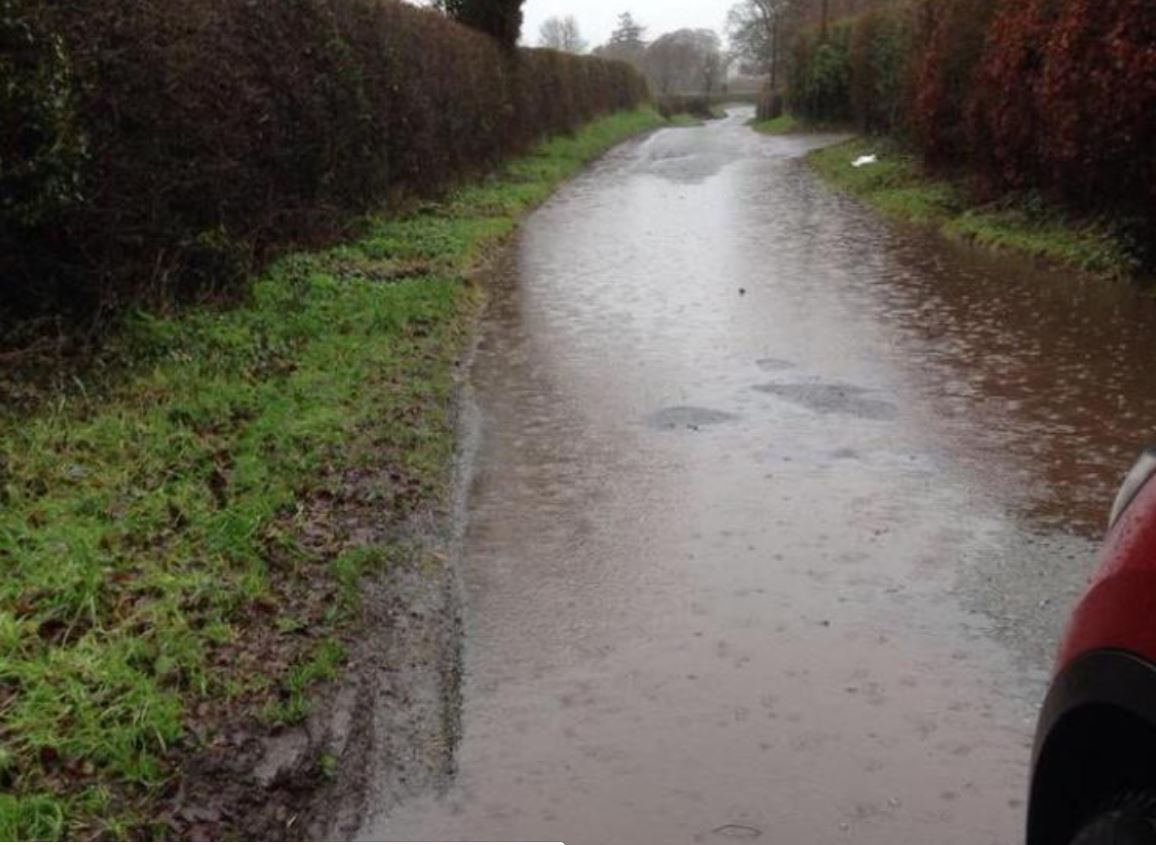 Motorists were diverted to/from Coughlanstown, via Mullaboden stretch of road which was totally inadequate to deal with the increased traffic

Cllr Carmel Kelly, Mayor of Naas also welcomed the advancement of the project: "This is great news for residents in the Coughlanstown, Mullaboden and Dunhsane areas” she said. “I attended the signing of the contract yesterday, along with Peter Carey, CEO Kildare County Council, Niall Morrissey, Director of Roads and representatives from Coffeys. Remediation works to commence immediately and are expected to take 6 months with estimated costs €1.7m approximately".

Already, much of the surveying has been done in advance and residents are hopefull that the road will be re-opened in the next 6 to 12 months. One such resident is Mary Campbell, who lives with her family at Coughlanstown and found the duration of the road closure “unbearable”

“A round trip for us was a total of just over five kilometres, a straight drive in and back from the village. I used to go to Ballymore Eustace every day, was up to date with local news, loved shopping in the village at my leisure”. Since the closure of the L6048 on the Ballymore side, the family found themselves taking the round towards Kilcullen, turning onto the Mullaboden Road, which was in poor repair, and then onto the R411 Naas to Ballymore road.

“It's nearly 9.5kms round trip and gradually, we reduced our trips to Ballymore village to only one or two visits max a week. The forty odd families affected from the Coughlanstown, Mullaboden, Harristown and Dunshane areas will welcome the re-opening of the road. I, for one, will be ecstatic when the road is restored, as we feel so alienated!”

Mary also noted how overgrown and wild the road edgings had become, and sadly, how it has been abused for fly tipping and illegal dumping.

“Shame to note even last Saturday's dumping had goods which could have been donated to a charity shop”.

Works will include realignment of the River Liffey, slope re-stabisliation, road maintenance, and provision of a reinforced concrete wall in sections with stone cladding, etc.

Cllr Evie Sammon, a native of Ballymore Eustace who lives a mere 200 yards from the entrance to Coughlanstown Road stated she raised the slope remediation works at her first meeting of the Naas Municipal District in July last, and received confirmation that work would begin before the end of September 2019.

“With the granting of planning permission for 80 houses at lands accessed by the Coughlanstown Road, I am delighted that we are finally at this stage. It's positive news for the village which badly needs more residential housing, and for local residents having ease of access to their village again.”

Kildare County Council stated: “This project was designed by the Roads, Transportation & Public Safety Department in conjunction with O’Connor Sutton Cronin, Consulting Engineers, is important from an economic and local access perspective for Ballymore Eustace, Coghlanstown and the surrounding areas.”