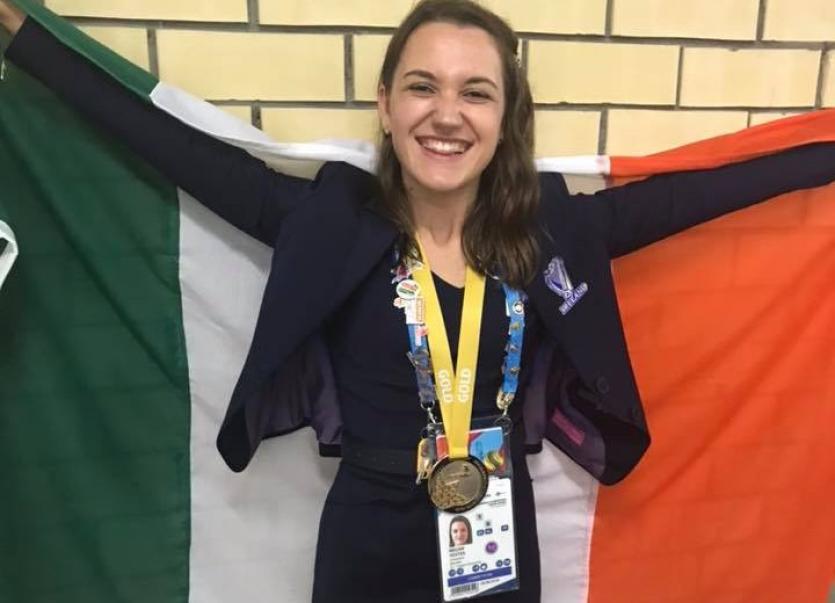 Kildare student Megan Yeates has returned from Russia with a gold medal after taking part in the WorldSkills competition.

Megan from Kildare Town entered the competition in Freight Forwarding. The Irish WorldSkills team have won 4 gold medals, 1 bronze medal, a ‘Best of Nation’ medal and 7 Medallions for Excellence overall at the 45th WorldSkills Competition in Russia.

The brilliant result has been achieved by the team of 17 young apprentices, trainees and students who represented Ireland at the competition.
Gold went to Olivier Bal-Petre in the category of Cloud Computing. Olivier also won a ‘Best of Nation’ medal for the highest scoring competitor from Team Ireland.

SOLAS Director of Apprenticeship and Work-based Learning, Shauna Dunlop said: “I am thrilled for the Irish team of apprentices, trainees and students. To represent Ireland on an international stage is a massive achievement in its own right but to also bring home so many medals is a wonderful achievement. The team should be very proud of themselves.

The Irish young people, all under 25 years, proved expertise in their chosen field before they left Ireland by competing against their peers to secure their places on the Irish team. They spent the last four days showcasing their skills and talents against competitors from 60 countries.

Support from employers has been so important for this competition and it is greatly appreciated that employers have put their faith in the skills of their employees and encouraged them to showcase those skills on such a huge international stage.

The WorldSkills Competition, which is held every two years, is the world’s largest professional education event. Approximately 1,600 competitors from 60 countries will compete in 56 different skills and disciplines in Russia.