Graffiti spray painted on sides of buildings, fences and walls 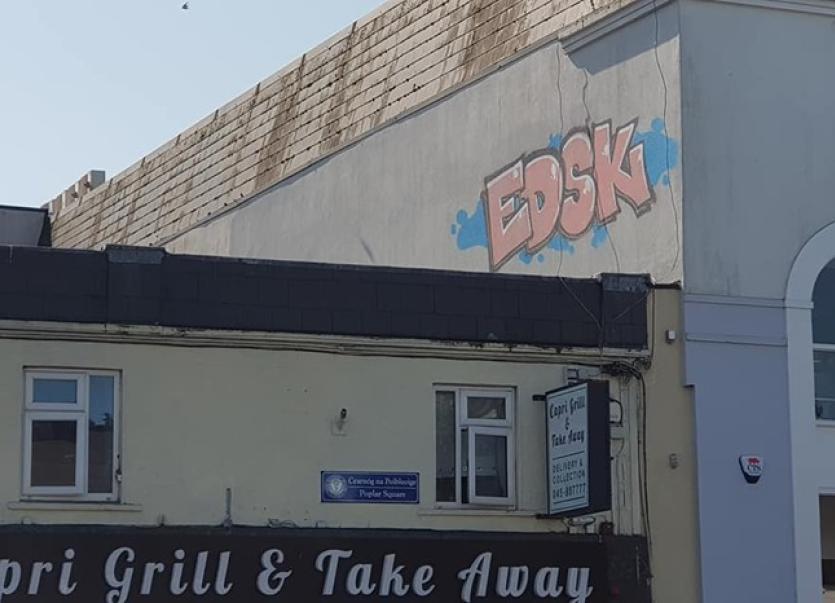 Graffiti spray-painted on side of buildings in Naas

Local groups and councillors have expressed their outrage following incidents of 'tagging' in and around Naas Town, whereby buildings, walls, fences and junction boxes have been defaced with graffiti in recent days.

It is understood that members of the public spotted new graffiti around the town and brought the incidents to the attention of Naas Tidy Towns and Cllr Bill Clear.

Speaking about the recent incidents, Cllr Clear said: "I believe this type of tagging is unwelcome and we will be removing it this week. "

Cllr Clear said that the vandalism has been reported to Gardai in Naas.

He has also been vocal about finding a wall in the town for street artists to do their work."We need to find a wall for this tyoe of graffiti however tagging has no place on the street scape of Naas,"said Cllr Clear.

Meanwhile a spokesperson for Naas Tidy Towns said that they are 'very disappointed' to see graffiti cropping up around the town ahead of upcoming events such as the Naas Wild Food Festival next weekend.

"Our volunteers give up so much of their spare time to enhance the appearance of Naas and are disheartened with the recent attacks. Over the last couple of years Naas Tidy Towns and Kildare County Council have made a concerted effort to have graffiti removed and the visibility of this delinquent art / vandalism was, thankfully, quite low until the recent incidents.

Graffiti on side of buildings in Naas.

Graffiti has been spray painted on fences in Naas Town

"One of the core objectives of Naas Tidy Towns is to support local businesses by encouraging visitors to our town.  Indeed we plan to have our Wild Food Festival on the weekend of 6-7 September, with headline acts such as Sharon Shannon, with the sole purpose of enticing people to Naas, promoting local businesses and invigorating our streets.  In contrast, graffiti is the first sign of urban decay.  It intimidates residents. It discourages tourists, it lowers property values and invites other kinds of crime. Removing it is paramount if we wish to preserve the integrity and ethos of our community,"a spokesperson said.

Naas Tidy Towns is encouraging anyone with information in relation to these incidents to contact Naas Garda Station on 045 884 300.

"We encourage anybody with information to bring it to the attention of Naas Gardai.  Let's all join together to stamp this out."